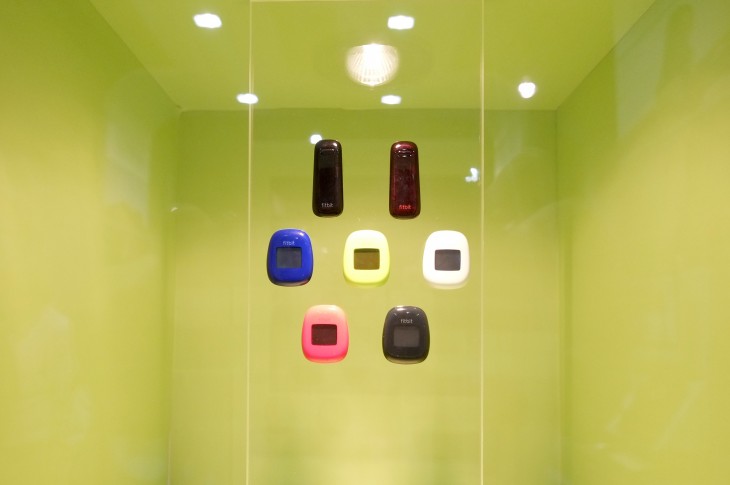 Amin Zayani is the tech evangelist and maker-in-residence at Relayr.

The Verge’s list of “best wearables of 2014” is mainly comprised of objects for around the wrist which can record fitness information and show phone notifications. It all seems tiresomely limited. Isn’t it amazing that the very first piece of wearable tech back in 1975 was a calculator watch – and that we have only advanced to glorified pedometers since?

With news that Nike is pulling out of wearable tech, many are wondering if the industry is just one giant gimmick. Who thought that after the smartphone was created – with infinite possibilities by way of apps – that we’d want to break it up into small pieces i.e. wearable technologies? Why would I need an object on my wrist telling me my fitness schedule when my smartphone already does that, and more?

It’s the kind of thought that might have been on Nike’s mind when it decided not to pursue the wearable tech market further.

The health and fitness tech market is undoubtedly going to exhaust the consumer with endless frivolous choices such as having a separate kind of fitness device for your head, arm or ankle. In the end, it is a piece of hardware that simply does a limited version of what your phone already does.

Imagine carrying around each app as a separate item attached to different parts of your body? A recipe for long-term failure. Any sensor that is a replica of the capabilities of the sensor in your phone is not an innovation of any great measure. It should be better than it.

I’m going to leave out the medical industry in this story, as there are undoubtedly many pieces of hardware that provide amazing benefits to people. I’m going to get geek instead.

Our smartphones all contain sensors that are ready and waiting for the software wave to crash down on us with new and giddying opportunities. Wearable tech is just the first part of the next stage in the personalized data-technology exchange.

What are we all still waiting for? Makers seem to be distracted into making more hardware  for an already-saturated health and fitness market. Forbes precisely pointed out the situation:

“Although the specification numbers will continue to climb, smartphone hardware is mostly settled in the minds of consumers, software will be the driving force.”

The article goes on to make another succinct point – that the presentation of the data is crucial to its usefulness and appeal. Data is useless if it cannot be presented comprehensibly and beautifully. The data is also much more interesting to people if the collection of data can be specified in highly targeted or novel ways.

What makes the wearable tech market so exciting is not just the (better) fitness monitoring that can be done. It’s the unimaginable possibilities that can come with tailoring that data into something that you particularly want – one that you get to arrange rather than sign up for a pre-existing set of rules.

This infographic about the internet of things shows how we can simply create connections with the things around us that already exist via sensors and software rather than create even more items to duplicate the job.

An example here is the Netatmo bracelet. The bracelet (designed with women in mind, it seems) claims to be able to warn you when you are over-exposed to the sun, and suggests which sunscreen to use, plus recommends a hat or sunglasses (and uses an iPhone to present the data).

Alternatively, you can get an app for sun care and save yourself $99. But it’s still a beautiful product with an admirable goal.

These MFi sunglasses with beacons are also an example of the possibilities of sensors plus smartphones combined.

There is no shortage of people interested in taking wearables in this direction – Mob4Hire’s international community of mobile developers and app testers is one example of many active communities eager to see what sensors and developers can bring to the world.

And what about communities of creative people like at Etsy? What will succeed is a device that can be multi-purposed via software, rather than a single-use device. But Owen Thomas reminds the sensor and developer entrepreneurs what they are up against:

“It’s clear that inventors are doing clever things with the latest hardware, taking advantage of the ever-dropping cost and power consumption of sensors. But when it comes to tracking our performance in the gym, they must remember that their competition is a mirror, a notebook, and a pen.”

Many questions can be asked at this point about sensors:

A lot of the current tech wearables were based on untested assumptions rather than did market research – neat ideas with no interest. We will see what happens when we throw these ideas into the hands of designers, jewelers, the clothing industry and accessory makers!

In my opinion, the wearable industry after Nike’s exit will be driven by innovators that make use of sensors, allowing designers to use to make connected jackets, shoes, jewelry, etc.

The smartphone and the sensors are the most powerful combination, since the world has accepted these devices already. There is no arc of early adopters to get over. They just need to know the possibilities.

Read next: Mystery solved: Amazon’s Giant Locker in SF is a promotional stunt for the Nissan Rogue