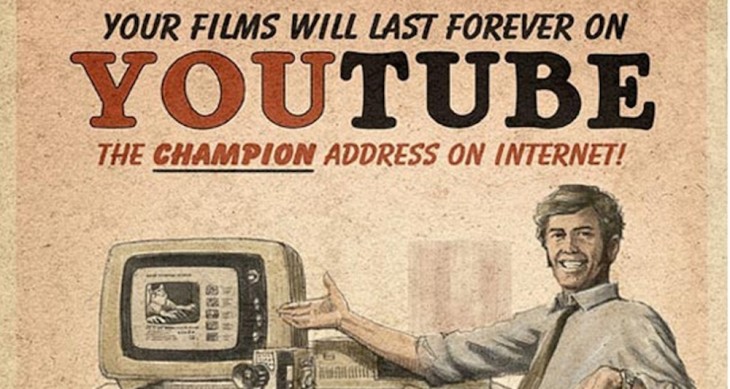 In the age of experience-based marketing, some brands want us to do more than just buy their products. They want us to interact with them, to love them. Dan Wieden, legendary adman, described this desire for active participation when he said: “Brands are verbs. Nike exhorts. IBM solves. Sony dreams.” But there are few verbs more active and inspiring than “love.”

In a recent survey by APCO Worldwide, analysts worked out how that love is expressed. They measured eight ways we interact with brands: understanding, approachability, relevance, admiration, curiosity, identification, empowerment, and pride. It’s hard to imagine a brand conveying all these things at once, though the world’s most beloved brand—Walt Disney—probably comes close for a lot of people.

While the same survey reveals that a third of the top 20 most-loved brands were born after the Internet came along, there are also plenty of brands like Heinz and Campbell’s Soup that started the love fest in the 19th century.

Below is a look back at some of the iconic moments in brand love that paved the way for our current landscape of always-on, high engagement Digital Marketing.

1879: Harley Procter gets the inspiration for his newly developed white soap while attending church service: “All thy garments smell of myrrh and aloes and cassia, out of the ivory places whereby they have made thee glad.” (Psalms 45:8). Ivory Soap goes on sale to overwhelming success.

1893-1896: H. J. Heinz introduces the pickle pin at the Chicago World’s Fair. It becomes one of the most popular promotional pieces in the history of American business. Later, Heinz turns more than 60 products into ’57 Varieties, the magic number and proof that odd numbers are “stickier” than even numbers.

1904: Campbell introduces the cherubic faces of Campbell Kids ™ on trolley cars as a way to appeal to working mothers. Soup sales soar.

1923: Walt Disney signs a contract with M.J. Winkler to produce a series of Alice Comedies. The Disney Brothers Studio is born.

1925: Burma-Shave promotes their brushless shaving cream by placing signs along the major roadways of America. The campaign helped Burma Shave become the 2nd biggest seller of shaving cream in the US until the 1950s.

1929: “The Pause That Refreshes” as a slogan for Coca-Cola first appeared in the Saturday Evening Post in 1929. The idea of taking time out to experience Coca-Cola refreshment is still part of Coke’s current marketing.

1940s: Kellogg introduces the signature sound—Snap! Crackle! Pop!—for its iconic Rice Krispies. It affirms what millions of kids across America hear inside their cereal bowls.

1955: The Marlboro Man is introduced in television commercials, depicting a cowboy alone in nature with a cigarette his only comfort. As a result of the commercial, Marlboro’s market share rises from less than 1% to the fourth best-selling brand.

1959: Volkswagen launches their legendary “Think Small” campaign for the VW Beetle, featuring mostly white space. The emphasis is on simplicity and minimalism and it positions VW as a global innovative brand.

1963: Pepsi kicks off the cola wars with “The Pepsi Generation” campaign. It rapidly takes a chunk out of Coke sales.

1971: McDonald’s launches its famous “You Deserve a Break Today” campaign. The jingle still lives on for anyone alive during the 70s and 80s.

1980: Whole Foods Market opens in Austin with a small storefront, launching a brand that would go on to become one of the world’s most beloved brands.

1984: Apple Computer launches the Apple Macintosh personal computer with a controversial ad during the Super Bowl. People can’t stop talking about it.

1988: Nike exhorts and inspires us to get off the couch with their “Just Do It” campaign. It becomes one of the all-time most memorable slogans.

1993: Got Milk? The California Dairy Board manages to get milk consumption to increase 7% in just one year with this much-imitated campaign. Who knew milk was a brand?

The Internet Age (so far)

2004: Burger King creates an integrated marketing campaign around a character known as The Subservient Chicken for its TenderCrisp sandwich. The campaign goes viral and includes a website where visitors can command the chicken to bowl, tango, and show its teeth.

2006: Dove releases its Evolution video online, a critical look at modern culture’s obsession with external beauty, in support of the Dove Campaign for Real Beauty. The video receives 40,000 hits a day and 12,000,000 hits within the first year.

2013: Netflix promotes the comeback season of Arrested Development with a multi-screen campaign that features a frozen banana stand plus fake emails and an audition reel from the show’s aspiring thespian, Tobias Funke.

2013: Chipotle launches its “Scarecrow” video online as part of its “Food with Integrity” campaign. Many hail it as the most successful mobile marketing campaign ever.

What iconic moments of brand love did we miss?