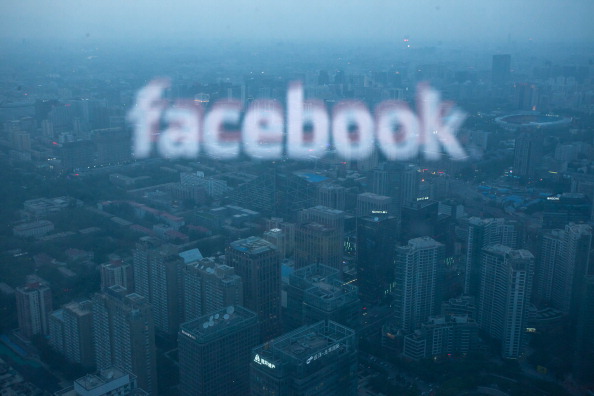 Facebook is putting more effort into its social gaming platform and hopes to fully leverage its platform to become “the glue” that helps bring game developers together with the players. At the company’s “whiteboard session” today, more information was revealed about how the social network intends to leverage mobile and its platform to develop long-term engagement with users.

At the company’s 3rd quarter earnings report, CEO Mark Zuckerberg said that overall, he wasn’t happy with the performance of social gaming so far. The company says it’s going through a “transition process” where it hopes to not only appeal to gamers on the desktop, but also to those on mobile devices.

In the beginning, social gaming was one of the industries that really took off on Facebook — in the early days, every product was better when it was social and could be transformed as a result of it. Gaming validated this theory and today, it’s a big part of what people are doing online, and it has wide adoption on mobile devices.

So what is Facebook’s strategy to move forward?

Historically, it’s been about Facebook’s desktop — basically what you interact with when you go to Facebook.com. These products have been really successful and have generated a large ecosystem with hundreds of millions of gamers. Now, the company is shifting its attention to mobile as developers reach out to it for help in making their games more social. With more than 600 million Facebook users accessing it monthly, it’s a very appealing audience for developers.

To help developers better get their games out there to be discovered, Facebook has been working on helping build tools to aid in that search process and make it easier for people to install games. The social network’s goal for this industry is not to simply have a bunch of users thrown at the top of the gaming funnel and then be spit out without long-term engagement. It more about finding the users to continually re-engage and use it over and over again.

One of the topics addressed included how to help games grow on Facebook. Alex Schultz, who heads up the company’s User Growth team, said that this is done through the app center, notifications, news feeds, timeline, and bookmark. Each one of these has a point of contact with the end user to give them a chance to be interested in a specific game. With the app center, if a developer’s game is being played, then it will be pushed to your friends letting them know. With the notification channel, previously it was pretty spammy and wasn’t useful. Now, it has been re-tooled in a way that generates a click-through rate of 30-40% to a game.

The Open Graph also plays an important role in how games are grown, both through the news feed and the timeline. In the immediate term, after you’ve been playing a game, the notifications will be shared on your news feed, but in the long-term, your friends can discover it on your timeline. Lastly, the ultimate long-term relationship with a game happens when users decide to bookmark it.

More people are certainly playing games on Facebook. Compared to September of a year ago, the social network has seen growth from 226 million users to 251 million and it’s devoting more resources to supporting games. Ideally, Facebook intends to help drive users to the games organically through the different services that it has, like the app center, notifications, etc., but it also has a host of other tools to help promote — including the recently announced Mobile App Installs product.

Trends that it’s seeing is that more users want more sophisticated quality and a better user expectation about having nicer games. If you look at what Mafia Wars looked like three years ago, you can see that it was pretty sophisticated back then, but now, it might not have as many users because of its simplistic nature. But if you look at Farmville 2, you’ll notice that the game structure and design is much better than what you might expect years ago — the graphics have drastically improved.

And what games are in high-demand these days on Facebook’s platform? From Q3 2011 to 2012, the bulk of the games were within the simulation genre, but that has since shifted to be focused on arcade and casual-style games. Casino games are also rapidly increasing with the success of Zynga’s Texas Hold’em Poker. The company says that it’s predicting that there will be more strategy-based games coming to market within the next year.

In the end, Facebook believes that it’s not having developers work on games for Facebook.com or mobile — it’s more about building a bridge that connects the two together. It wants to have an ecosystem where developers and gamers can work on a platform that is accessible anywhere they are: desktop or mobile phone.

Facebook says that it’s invested in helping to connect all parties together to build a better social gaming ecosystem and believes it has a future on its platform.