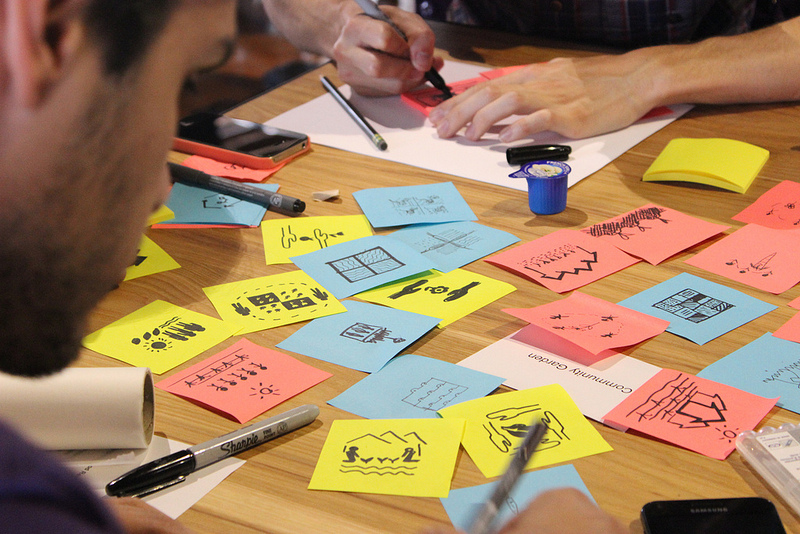 As we’ve said, pictures often speak louder than words, and if you take a look at the way-finding symbols that surround any given urban area, you’ll see how visual representations can reach beyond cultural and language barriers, communicating ideas instantly.

The Noun Project has been building a catalog of these types of symbols for quite a while now, and has built up a massive collection of public domain and creative commons-licensed icons for downloading. Now, for situations when these CC icons can’t be credited, users can purchase full licenses from designers for a small fee (~$1.99), turning the entire site into a marketplace for every icon you could ever need.

These icons aren’t like what you’d find on iOS or Android — they’re simplified down to their most basic elements, which makes them incredibly useful as a base for any design. Of course, they’re also perfect for use in signage and navigation on their own.

This marketplace will likely breathe new energy into the site, as will another change announced today: user profiles. As you can see below, these handsomely designed pages will help users direct new eyes to the site, while showing off their work.

The Noun Project believes that today’s changes will help the site “become a stronger, more sustainable organization, while also creating value for our passionate community.” We can’t help but agree, as the newly announced marketplace will likely encourage growth that couldn’t have happened otherwise.

Read next: Apple has reportedly considered moving away from Intel for the Mac, perhaps to custom built processors?