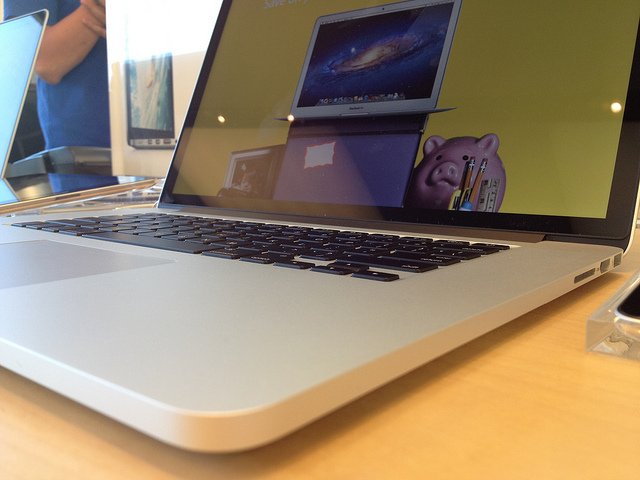 Now that everyone is getting fancy high-resolution monitors and laptops, it’s time for the Web to catch up and optimize itself for those displays.

Today, WordPress.com has announced some upgrades to its platform which will facilitate that new higher-res experience. It’s going to take involvement from site owners though, as they have to make sure that they’ve uploaded high-res versions of images.

Here’s what Matt Mullenweg had to say on the update:

All of our sites updating them to take advantage of this new capability, often crafting new icons and graphics by hand. (Go by an Apple store and check out WordPress.com if you want to get a taste of it, but I warn you it’s hard to go back.)

But for you guys we can go a step further. All of your blog posts will now serve high-resolution images for users that can see them, at least the images that we host. Since we create all images dynamically on the fly, what we do is if you’ve uploaded a higher resolution photo and sized it down, we’ll serve a double-size so it looks super sharp to those visitors — they’ll think you’re ahead of the game.

Mullenweg says that Gravatars have also gotten an upgrade as well, and they are now Retina-ready and high-def. Here’s a look:

No details on when we’ll see this come to WordPress.org but there is a plugin available in the mean time which will ensure all images uploaded going forward are Retina ready.

Update: If you’re a Jetpack user you can get access to the retina update for your self hosted WordPress blog today!

Gravatar has also been given an update to support Apple’s new Retina display. To reap the benefits however you’ll need to upload a larger image, we suggest doing that now.

What’s more however, with the update, Gravatars can now be as large as 2048px, incredibly large, and usable across all devices, Retina supported or not.

For those of you who are surfing the web on a high-definition display, I’m sure you just said “oooooh” and “ahhhhh”. For me? I’ll just say I’m jealous. No Retina for me just yet.