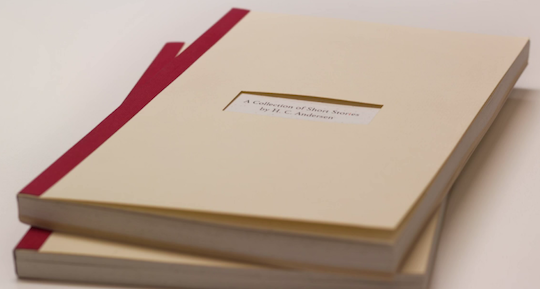 Back in elementary school, we learned all about silent letters — or letters that are never pronounced,  like “knee” and “answer.” Silent letters play a curious role in many western languages, and this inspired Manas Karambelkar, Momo Miyazaki and Kenneth A. Robertsen to develop “Silenc” with creative coding tool and programming language, Processing.

Silenc seeks to solve the following questions: “How much of a language is silent? What does it look like when you take the silence out? Can we use code as a tool to answer these questions?” The project was made during the 2012 Data Visualization course at the Copenhagen Institute of Interaction Design, and examines three languages: Danish, English and French.

As you’ll see in the video below, the project is undoubtedly an impressive combination of code, literature and art:

One of the hardest parts about language learning is pronunciation; the less phonetic the alphabet, the harder it is to correctly say the words. A common peculiarity amongst many Western languages is the silent letter. A silent letter is a letter that appears in a particular word, but does not correspond to any sound in the word’s pronunciation.

Silenc reveals a lot about our own languages and leaves me wondering how much space we could save by eliminating these silent letters all together. More practically speaking, this tool could also be applied to anyone learning a new language, as it shows which words should be emphasized VS ignored.

You can see more photos from the exhibition here. For more experimental projects, click here to check out all of TNW’s favorites!