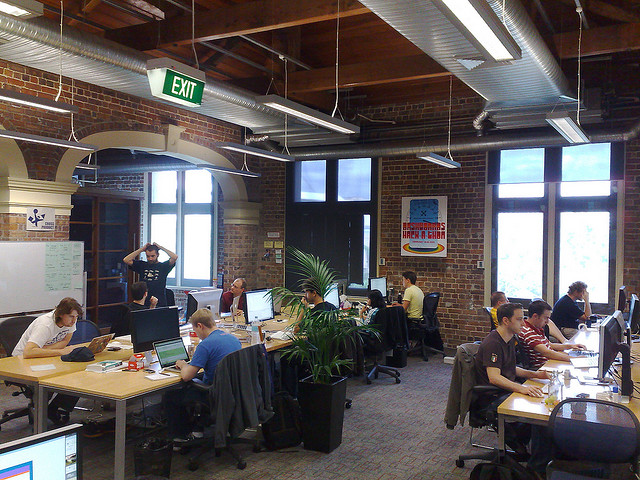 I’m a big fan of learning how to do something in a “crash course” type setting. You’re surrounded by other people like you who are getting their start, as well as smart teachers and mentors to see you through the whole way.

Back in March I visited a group called DevBootcamp that taught Ruby on Rails to group of folks who either wanted to join a company with their new skills, or start their own. At the end of the training, students were introduced to representatives from companies like Twitter and Groupon, which was a great way to take the next step.

A similar program called the Hackstar Academy has surfaced in San Francisco, with a few twists. First, it’s for programmers who want to learn Python and second, it’s for women only. Why no boys? Here’s what the group behind the program had to say about it:

In short, we hate the Dave-to-Girl Ratio in software development. We want to do our part to equalize this imbalance, and we felt that a program exclusively for women was a good place to start. For the record, there will only be 1 Dave in the classroom.

The rest of the program is similar to DevBootcamp in that it lasts for 10 weeks and is completely full-time. Every Monday-Friday from 10am-6pm, school is in.

The cost for those who want to learn all about web development is $6,000, which will be refunded 100% if you get a gig with one of the companies that you’re introduced to at the end. The folks behind it, Christian Fernandez and David J. Phillips, are accepting donations from people who would like to sponsor a student with a scholarship for the program.

Here’s the full list of what students will learn:

It’s safe to say that if you participate in this course, you could easily walk away from the experience with new skills and potentially a new job doing something that you love. It’s also nice to see that the program is targeted to women to even out the developer ration in the Valley.

Read next: Music streaming service Rdio makes its way to France and the UK, along with its apps