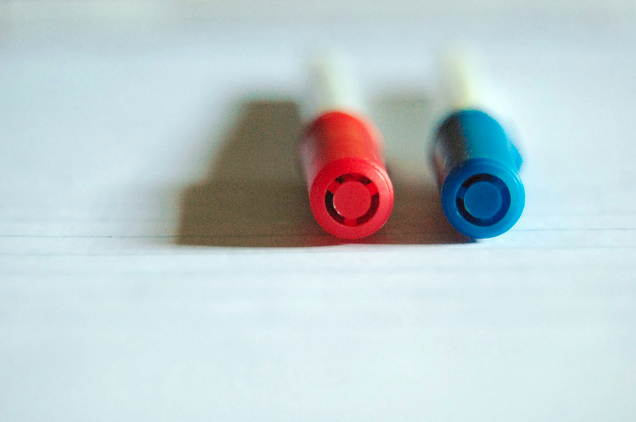 Creative professionals have an innate need to tailor every aspect of their workflow. The design process involves so many jobs — from note taking and wireframing to invoicing and hosting —  that fine-tuned customization is no longer optional.

Last month, 180 creative professionals were asked what design apps they use the most (in a survey by BestVendor), and the results provide an inside look at what designers need to get the job done.

But besides showcasing preferences for the perfect workflow, survey results show that no single company has been able to dominate the entire design market. Adobe, for example, only dominates the visual design stage, while Microsoft, as you might have expected, seems to have no place in a Designer’s toolkit at all. Fast Company’s Co. Design goes on to explain:

Maybe the most striking thing here is how little Microsoft you see–Word, for example, is barely an afterthought. The areas ripe for some real disruption though are generally those where one single app is dominating the scene–surely there’s something better out there than Dropbox, a web app for sharing files on the cloud, great as it is? Evernote, a program for writing reminders and clipping important notes, is likewise something that people love, but I wonder how you could improve something like that.

It’s also notable that designers are starting to favor flexible web apps, like Google Docs, Gmail, Dropbox and Dropmark, over traditional alternatives. Check out the entire post for more insight from Cliff Kuang, and enjoy the infographic below: 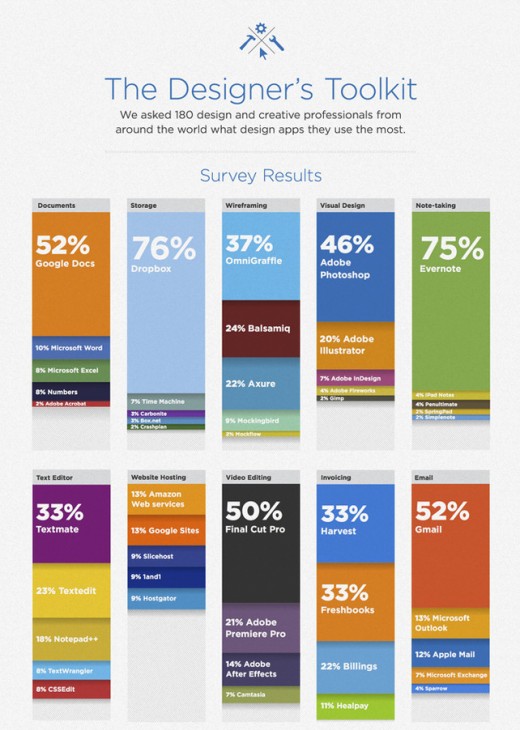 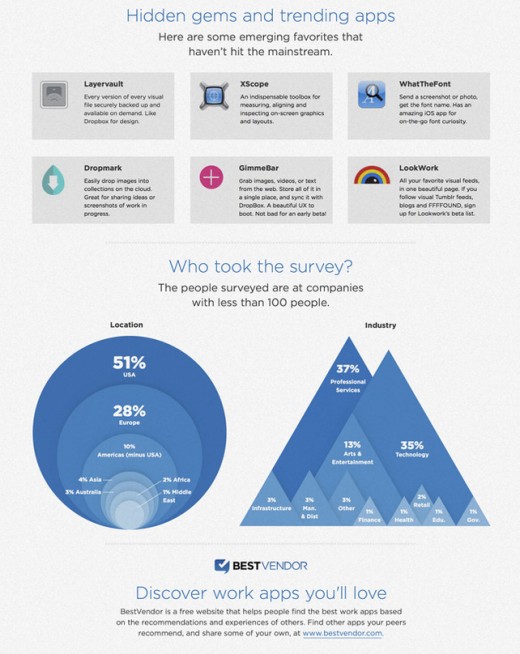 What’s in your toolkit? Do you use the products above, or have you found something way better? Let us know in the comments!

Read next: Discovr Movies is your ticket to half a million films via your Apple device