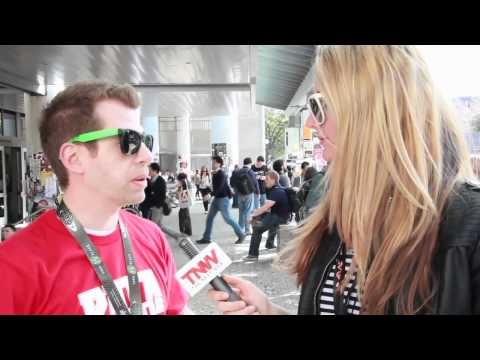 When looking at a provocative bikini ad in a fashion magazine, the last thing a man is going to look at is the price. That’s far from surprising.

When looking at an even more provocative ad for a pair of running shoes in which the model is wearing nothing else, the product gets absolutely no attention from men whatsoever.

In a study observing viewing patterns of how both men and women look at a sexy ad, one of the biggest advertising theories was put to the test – does sex sell?

In the study, both men and women looking at an H&M bikini ad checked out the model’s face first. Any writing in the ad, however, was of no interest to the men. That pattern is visible in the image below, where the green spots represent areas that didn’t attract any attention at all, while the red represents the areas that got the most attention.

What you might not expect is the order in which men and women looked at various parts of the ad. While men went straight for the model’s face, women looked at her breasts first.

Looking at a car advert instead, it’s interesting to note the complete opposite. The first thing men looked at was the writing, whereas women went straight for the image.

The most provocative of the ads used in the study shows a woman wearing nothing more than a pair of Reebok shoes. Again, like with the H&M bikini ad, both men and women looked at the model’s face first. While women did give the shoes a glance, after looking at the woman’s body, the men didn’t even notice them.

So what can be gleamed from the study? While it’s not exactly shocking that men want to read about their cars but not bikini prices, it’s certainly interesting to see that women, just like men, are going to look at the model’s figure. Of course, there’s nothing in the study that gives insight to the motive, but that’s a whole other ball game.

Reebok has certainly been no stranger to controversy with their clearly obvious conviction with the concept that sex does sell. If nothing else, the study could serve as a great learning experience for them that it simply isn’t always the case. Not when the very product you’re trying to get people to notice is eclipsed by the model’s body.

Read next: Nogeno: About.me For Musicians