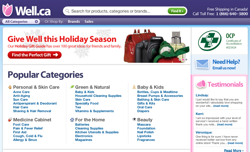 Web designers spend most of their time working from mainstay apps like Photoshop and TextMate, but the small utilities used to make various tasks quicker are an essential part of their daily workflow. Here are 11 of them that are worth checking out.

Paparazzi! is a tool that makes screenshots of webpages. You can set the size of the browser window, making it the perfect tool for grabbing shots for comparison of sites that use media queries.

Sequel Pro is a free alternative to Querious, the MySQL database management app. If you don’t want to set up a script like phpMyAdmin, Sequel is a great option.

Xee is a lightweight image viewer and browser that can replace Preview to give you more power and speed without the accompanying bloat that would mean you may as well fire up Photoshop. If you want to view hundreds of image files and make simple changes such as rotating and cropping, this is your app.

Colorate is a light color scheming app that assists you in creating harmonized color palettes. You can generate and customize palettes from a single base color or an image, and save them as standard .clr files.

Simple CSS is a visual CSS authoring tool. Most of us prefer to write our CSS manually in our editor of choice, but for some a more visual application is preferable. Simple CSS might not have an interface up to the standards of the popular CSSEdit, but it is free.

Alkaline is a tool for checking your designs in Windows browsers without firing up Boot Camp. The paid plans, which give you access to 8 browsers for testing, are pretty expensive, but according to the company you can test Internet Explorer 7 and Firefox 2 for free. Since most designers have recently stopped testing for IE6 this may be enough for you.

Dashalytics is a widget that brings your Google Analytics data to the dashboard. Handy for quick checks on how your latest sites and designs are doing.

SvnX is a GUI for Subversion that allows you to browse your repositories and working copies and work with them. If you’re a Subversion user who happens to be command line-averse, check out this app.

GitX is the same sort of deal as SvnX, but for Git, allowing you to explore your trees and commit from the GUI. Another app for the command line-averse.

Though in all seriousness, anyone serious about web design and development should get used to the Terminal.

ImageOptim is a fantastic image optimization tool, one that I use all the time. Even when you’re saving for the web through your favorite major software package such as Photoshop, ImageOptim usually manages to reduce the size of your images by a whole lot more without compromising the image quality. If you download one tool from this list, ImageOptim is that tool.

Structurer from Nettuts+ is a super simple but very useful tool for creating file and folder structures for new projects. Where it gets really useful is in its ability to grab the latest version of a framework or web app you enjoy working with — be it as simple as HTML5 Boilerplate or as complex as WordPress — and set it up in your project’s new folder, saving a whole lot of time going and manually downloading the files, uncompressing them and moving them to your folder. We’ve covered Structurer before, but no designer utility list would be complete without it.

Read next: Disabling location services won't stop your iPhone from tracking your location