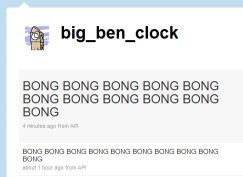 It seems that Sony laid off a number of potentially critical security employees just two weeks before the PSN intrusion happened. Apple has doubled the production on its MacBook Air line, looking at potentially huge boosted sales numbers. The Winklevoss twins just won’t give up, and now they’re taking their case against Facebook back to Boston. The US Congress has finally passed a patent reform bill, now we’ll need to wait for it to go into law.

Read next: An artistic look at the iPhone 5 rumor mill [Infographic]