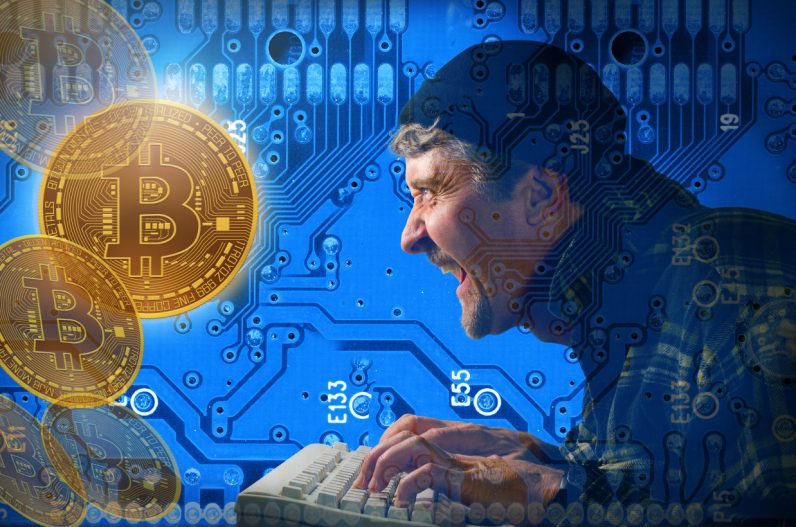 How much stolen cryptocurrency is in circulation? A lot. Just last month, hackers breached Bithumb and Coinrail, two South Korea–based cryptocurrency exchanges, and stole over $70 million worth of various crypto tokens.

Bithumb and Coinrail are not alone in their ordeal. Since the founding of the first cryptocurrency exchange in 2010, hackers have walked away with billions of dollars’ worth of cryptocurrencies and digital tokens stolen from exchanges, and they continue to eye the cryptocurrency landscape as an attractive arena to make money. In 2014, a huge $460 million breach at Mt Gox caused the collapse of the then-largest bitcoin exchange and a sudden drop of the price of cryptocurrencies.

Aside from directly stealing from exchanges, cybercriminals are also using other methods to illegally earn cryptocurrencies. This includes cryptojacking scripts, software that secretly uses computer resources to mine cryptocurrencies, and ransomware, malware that locks out users from their files and only restores their access after they pay attackers a certain amount of cryptocurrency.

The appeal of cryptocurrency to cybercriminals is largely due to the lack of legal and technical safeguards to protect individuals, exchanges and organizations against money laundering and fraud. The lack of security damages the entire industry, and every new heist results in a steep drop in trust and value of cryptocurrencies.

But as cryptocurrencies slowly develop from a geek niche to a financial landscape sprawling over hundreds of billions of dollars and thousands of currencies, solutions are emerging to make the market more reliable and resilient against malicious activities.

What happens to the dirty money?

In July 2017, hackers stole $7.53 million from CoinDash’s ICO and directed the CDT tokens to their own wallet address. In January, another attack robbed Coincheck, a Japan-based exchange, of $400 million worth of NEM tokens.

A decentralized approach to fighting fraud and money laundering

Aside from supporting digital money, blockchain also has applications in cybersecurity. Several organizations are using the technology to fight censorship and cyber attacks such as distributed denial of service and data tampering.

However, blockchain can also help fight the exact same kind of fraudulent activity that decentralized exchanges are suffering from. This is the focus of the Sentinel Protocol, a blockchain-based threat intelligence platform created by Uppsala Foundation, a Singapore-based cybersecurity firm. Patrick Kim, the founder of Uppsala Foundation, himself was a victim of cryptocurrency theft and lost 7,218 Ether in 2016 due to a vulnerability in an Ethereum wallet. Kim created Sentinel Protocol so that others didn’t have to go through the same painful experience.

At the heart of Sentinel Protocol is a decentralized threat reputation database (TRDB), which contains blockchain addresses associated with theft, fraud and ransomware, IP addresses, malware signatures, file hashes and other relevant information. Sentinel Protocol relies on a crowdsourced community of cybersecurity experts, which it calls Sentinels, to maintain its TRDB.

Any white hat hacker or security expert can become a Sentinel by analyzing and validating incident reports and other data points. For their contributions, they receive Sentinel Points (SP), which are reputation points that determine their standing in the security community. Sentinel Points can be converted to UPP tokens—the Sentinel Protocol’s circulation currency.

By integrating Sentinel Protocol into their platforms, cryptocurrency exchanges will be able to detect and block of fraudulent and malicious transactions by comparing source and destination addresses against Sentinel’s TRDB. This is especially useful to DEXs, where hackers are flocking to launder and cash their ill-gained fortunes.

The automated vetting of cryptocurrency addresses will help build trust, ensuring customers that they will not become involved in transactions with malicious parties. It will also make it much harder for criminals to use cryptocurrency exchanges to hide their traces and spend their stolen cryptocurrencies without giving themselves away.

Organizations can freely integrate Sentinel’s TRDB API into their software and query the database. In the near future, more advanced features will be available, such as Machine Learning-based anomaly detection or Distributed-sandboxing, both of which can be purchased with UPP tokens. Customers can purchase UPP from exchanges. Sentinels can convert their Sentinel Points to UPP. Using this method, white hat hackers can earn money by using their security expertise.

Sentinel Protocol has already partnered with Bibox, one of the top ten cryptocurrency exchanges in terms of trade volume, to protect users against scams and fraud. Sentinel Protocol is also working with decentralized exchanges such as IDEX, DDEX and DEx.top to explore ways they can leverage the TRDB. These DEXs share Sentinel Protocol’s initiative of stopping the use of stolen cryptos, improving compliance with Anti-Coin Laundering (ACL) and potential counter-terrorism finance regulations later in the future. Hopefully, these partnerships will help identify and trace cybercriminals that are financing their malicious activities through cryptocurrencies.

The decentralized approach to fighting fraud and scams is a crucial step toward making sure that cryptocurrencies are a reliable component of the future of payments and finance.