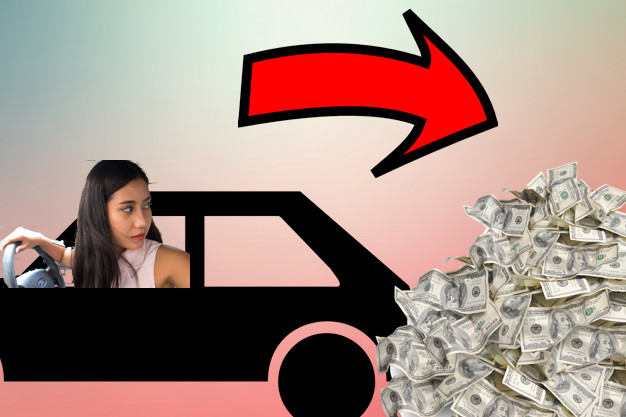 In 2017, Initial Coin Offerings (ICOs) netted a collective $5.6 billion, becoming one of the hottest tech trends of the year. Also referred to as token sale, ICO is a method for companies to raise funds by selling their own proprietary cryptocurrencies on the blockchain. In many cases, blockchain startups managed to raise millions of dollars by introducing nothing more than a conceptual whitepaper, a flashy website, a promo video and a team of veteran engineers.

However, this wasn’t without troubles and controversies, especially as the crypto industry is still highly unregulated. A considerable number of blockchain projects died and did not deliver on their promises while many others didn’t reach their soft ICO cap and had to be abandoned. And let’s not forget that the landscape was marked with fraud and exit scams.

Nonetheless, ICOs are here to stay, because more than raising funds, crypto-tokens are a new way to run organizations and businesses. As they mature, ICOs and token economies are expanding into other domains. A trend worth watching in 2018 is that of reverse ICOs, the process in which non-blockchain companies move from centralized structures to tokenized business models.

What is a reverse ICO?

Usually, blockchain startups hold ICOs before having a fully functional product. They then use the raised funds to develop and deploy their platform. Investing in ICOs requires a measure of trust and faith and close scrutiny of the company and project to make sure it’s not a money-grabbing scheme with no substance.

Reverse ICOs, on the other hand, are executed by companies that, according to entrepreneur and blockchain expert Jeremy Epstein, want to decentralize themselves to remain competitive. This can be an established company, such as Uber, Facebook or Amazon, or a startup that already has a working centralized business model but wants to transition to a tokenized economy.

BigChainDB’s Trent McConaghy provides an excellent description of the reverse ICO and tokenization process. First, the company runs the reverse ICO, in which it issues tokens on the blockchain to replace its shares. It then decentralizes its business model, giving token-holders the power to get their share of the company’s profits and become involved in the decisions it makes.

The tokenized business model is a great tool to align incentives between the company’s owners, its customers and other parties involved in the ecosystem. But while it has already proven to be a promising structure for blockchain startups, it might even have bigger promises for companies that have already been functioning for several years.

What are the benefits?

One of the advantages of reverse ICOs is that the company behind them already has a working business model. This gives these companies a leg up in comparison to startups that have yet to develop a product and implement a go-to-market strategy. The team already has a track record of developing successful products and has a greater chance of delivering on its promise.

Moreover, established businesses have a very valuable asset toward fulfilling their decentralized vision: a solid user base. An example is social media giant Telegram, which will be holding its public token sale later this year. Telegram already has a 200 million–strong user base, many of which will likely want to take part in the ICO.

A strong user base will also solve the “chicken-and-egg” problem of populating a decentralized platform. Users will leave their current applications and platforms only if their friends, co-workers or customers also make the same move. Companies that already have a user base will only be integrating them into a new ecosystem of the same application instead of asking them to move to a new platform.

Decentralization will also enable companies to cut costs by enabling users and customers to support the platform by sharing their free resources such as disk space and network bandwidth and receive crypto-tokens in exchange. Companies such as Snapchat pay hundreds of millions of dollars in cloud server costs every year. A decentralized model will enable companies to crowdsource their resources (to the chagrin of centralized cloud providers).

These companies got it right

One of the interesting examples of reverse ICOs is Kik, the famous messaging app with more than 300 million users. Kik raised nearly $100 million in a token sale last year. The platform was having a hard time keeping growth in an environment already saturated by the likes of WhatsApp and Facebook Messenger.

By tokenizing its platform, Kik shifted from an ad-supported business model to one that incentivizes user interactivity and enables developers to create all sorts of business models around its Kin token.

“Our ultimate vision is for Kik to be one of hundreds or thousands of digital services for Kin,” said Ted Livingston, Kik’s CEO in an interview with TechCrunch last year. “What if we got all these developers to integrate Kin, then, as a consumer, I can earn and spend Kin inside all these places?”

For instance, developers can earn Kin tokens based on the amount of interactivity they generate and the attention they get from users. This model encourages developers to create Kik apps and bots that focus only on the user experience.

Social city guide app Cool Cousin is another company that has put ICOs to good use. Launched in 2016, the app allows travelers to connect with locals—which it calls “cousins”—to gain personalized guidance, travel recommendations and assistance. Since then, it has closed a $2 million round of seed funding and acquired more than 500,000 users.

The company now wants to transition to a tokenized model, by launching its own cryptocurrency, the Cuz token. Cool Cousin closed its private token sale in mid-March and will be starting its public crowd sale on April 3. By moving to the blockchain, Cool Cousin will be creating a self-sustaining, self-governed community. This means that “neither the company nor the community members can manipulate or mess with the content due to hidden or commercial interests,” said Itay Nagler, the company’s co-founder and CEO, in an interview with VentureBeat.

Transparency will definitely be an advantage for the platform. But the Cuz token will also provide Cool Cousins users, who currently work on a volunteer basis, with a reward engine. “Community participants ‘mine’ Cuz tokens by contributing to the success and quality of the platform,” Nagler says.

Not a magic wand

While there are many ways that the blockchain-based, tokenized business model can provide great value to companies and customers, it’s not a panacea to all corporate ills.

Unfortunately, several companies have tried to take advantage of the hype surrounding cryptocurrencies and blockchain to make quick cash or boost their share value without making efficient use of the technology. An example is Tulip BioMed, which saw its stock increase by 42,500 percent after changing its name to Bitcoin Services. Another company called Long Island Iced Tea changed its name to Long Blockchain, triggering a 500 percent spike in its share value. It later withdrew its plans to get involved in blockchain technology.

Blockchain and crypto-tokens only make sense only if they add a specific value to an ecosystem, such as making it transparent or distributing revenue among the community. Otherwise, their use will only have an adverse effect on the community and the industry in general.

The future of reverse ICOs

We have yet to discover the full potential of reverse ICOs and tokenized economies. As the trend continues to develop, we will be keeping an eye out on how it will give rise to new jobs and industry practices, and how it will affect IPOs and other parts of the finance industry. For the moment, however, it is fair to observe that ecosystems that move toward democratizing their ownership and value look very promising.

This post is brought to you by EXMO, one of the world’s largest global exchanges. EXMO offers a unique business model in the crypto world, enabling growth of your crypto capital while ensuring investment security. Start trading now.