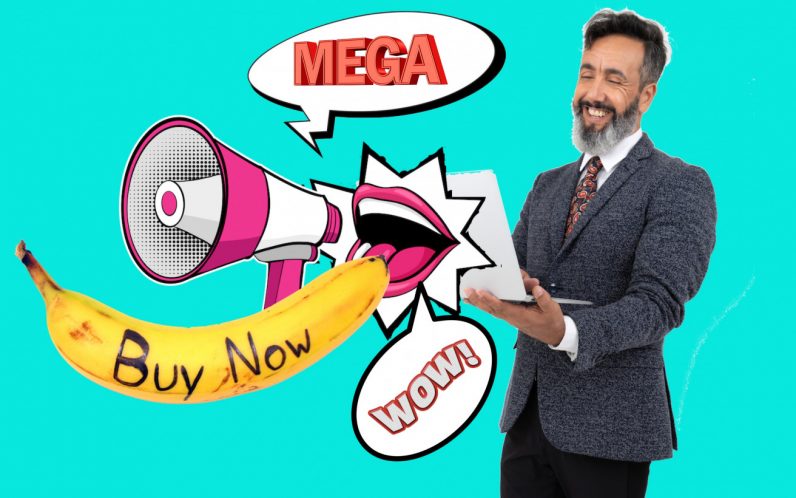 2017 marked a major milestone in the world of advertising: it was the first year on record that global digital ad spending exceeded global TV ad spending. Worldwide, advertisers spent $209 billion on digital, compared to $178 billion for TV.

The digital marketing sphere has come a long way from spammy pop-ups, now encompassing everything from SEO and content marketing to YouTube ad placements.

Despite new messaging tools and increased spending, digital advertising is still rife with challenges. Many startups waste a significant portion of their budget due to inefficiencies in marketing processes or by working with less-than-stellar ad partners. Faulty marketing research or targeting can create serious problems for a young company.

Just like how blockchain technology is already being used to bring transparency to real estate and other industries, the team at SaTT believes that they too have a solution that will make digital advertising more effective and transparent than ever before.

Here’s a look at how blockchain tokens are poised to disrupt digital advertising for the better.

Though SaTT itself may be relatively new, the team behind it has actually been working together for eight years. Gauthier Bros and Stephanie Clement first began working together as Facebook developers, helping to create the Iframe Apps, including tools that allow businesses to add customizable contact forms, coupons, newsletter registration and more.

In 2014, the team launched their brand Atayen, which now has offices in the United States, France, and Tunisia. Their wide range of apps have been used by major brands like Disney, Coca-Cola, Netflix, and Nike — needless to say, they bring a lot of well-rounded experience to the development game.

SaTT — or the Smart Advertisement Transaction Token — is their latest endeavor, which seeks to create smart contracts (powered by the namesake token) to create and monitor advertising partnerships. These tokens allow campaign managers to set specific parameters for selecting publishers and quantifying results.

After a campaign begins, all actions relevant to the contract are recorded and validated by the platform’s oracle modules, using smart data to determine when contract obligations have been fulfilled.

While establishing campaign parameters and selecting an ad agency to work with may sound fairly straightforward, the reality is that digital advertising is fraught with problems and inefficiencies.

A lack of transparency has made headlines within the industry itself, where “a lack of standards and requirements around reporting has led to a speculated $120 billion of media spending under review due to trust and transparency issues. Brands aren’t getting the whole story from their publishers.”

This ultimately hurts everyone involved in the marketing process. Brands think they are getting quality results, when in reality, they are wasting their money. Consumers are exposed to irrelevant or underwhelming messages that don’t do anything to address their actual needs.

Such issues are especially prevalent in marketing research. A brand may wish to survey a specific demographic group, but they ultimately will have to take their marketing partner’s word for it that the individuals who were interviewed all matched these guidelines.

The growing number of intermediaries involved in digital advertising also presents a challenge. Many brands find themselves exposed to hidden fees and other unexpected charges that they didn’t account for in their original budget.

With its use of blockchain technology, SaTT aims to resolve both of these major problems — and it all ties back to the use of smart contracts. The use of computer code in digital advertising contracts strictly enforces all parameters established by a campaign.

When working with a publisher, the agreed-upon metrics for a campaign (such as the message or target audience) must be met prior to the contract being enforced. If the terms are not met, payments won’t be processed.

In other words, brands only pay if the agency fulfills its end of the bargain. Verified, transparent tracking of each transaction ensures that both sides are treated fairly.

SaTT can also streamline the process of choosing an agency. Because information related to previous contracts is stored in a public system, it becomes much easier for brands to vet agency information, such as previous client lists or campaign results.

Using blockchain to publicly communicate their own campaign parameters makes it much easier to match up with an agency that will meet the brand’s needs. Not only does this make the hiring process more efficient; it also helps prevent up-selling and other tactics that can undermine the ROI of a campaign.

The future of advertising

With each new advance in technology or change in the overall media landscape, advertising has adapted to better take advantage of the available tools.

By helping advertisers leverage the power of the blockchain, SaTT hopes to create a world where transparency and efficiency are the norm for an ever-changing industry. Through the powering of more reliable data and more efficient results, it is clear that blockchain will play a major role in advertising’s future.