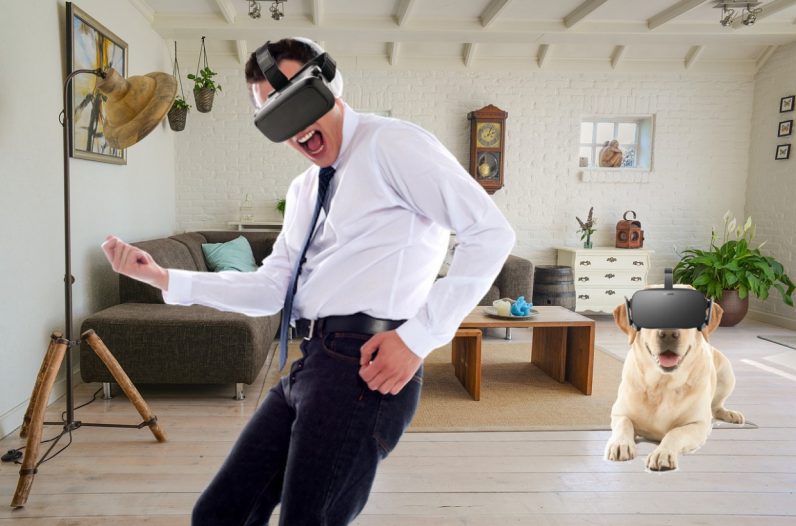 Virtual reality is only getting bigger. The VR market is tipped to be worth more than $33 billion within the next two years. With the market growing to such heights, different industries are grappling with various ways to make the most of the opportunity, including the entertainment and live events industries.

More than 60 million tickets are sold in the US every year but concerts and live events are limited to the people in attendance and tour dates only reach so many cities.

VR startup CEEK may have an answer. It has built a VR platform for omnichannel distribution of original and licensed virtual reality content, allowing people to experience concerts in virtual reality. According to CEEK, VR will bridge the gap between fans physically at concerts and the people that are missing out.

It has partnerships with Universal Music, Apple, and T-Mobile, and sells its headsets in Best Buy and Target.

Now the company is turning to blockchain to create a system based on Ethereum smart contracts for providing financial benefits for CEEK, artists, partners, and users.

A crypto coin for VR experiences

The startup is developing a cryptocurrency to power this platform – the CEEK token. It is aiming to build a blockchain-enabled virtual reality ecosystem that creates transparent new revenue streams for creators and artists.

CEEK tokens can be used to purchase VR event tickets and access VIP interactions with artists. The existing platform allows users to connect with immersive concert experiences and has broadcast shows from artists like U2 and Katy Perry.

Users will even have the chance to vote on what performances they would like to see – using their tokens. In one case, CEEK users will be able to vote alongside judges at the 2018 World Of Dance (WOD) finals, which are being broadcast in VR.

CEEK also gives artists access to the Celebrity Coin Mint, a special tool designed by CEEK that is perhaps its most unique feature. It will allow artists to “mint” their own tokens rather than running their own ICO. The coins can be used as event tickets or for purchasing unique collectors’ items that are tracked on the blockchain.

According to the startup, these coins will use up less gas (the Ethereum transaction fee) than typical Ethereum tokens and, much like other cryptocurrencies, can potentially go up in value. All of these celebrity-created coins are ECR20 compliant with their own unique Ethereum address and will be tracked and recorded on an immutable blockchain called the CEEK Virtual Mint Registry.

Artists and entertainment partners will be able to see analytics clearly on the blockchain, which can’t be tampered with, detailing which events and merchandise are performing best.

Furthermore, the CEEK tokens can be used by artists as a means for granting licenses for using their music worldwide, creating another revenue stream.

CEEK makes VR content accessible and easy with help from its partners, content creators, developers, and end users. It has patents in spatialized audio, environmental geometry, material, and physics that help make its VR experiences all the more immersive.

The funds generated from the token sale will be invested in developing and advancing the CEEK platform for a wider audience and user base as well as business development and forging new partnerships. The long-term plan for the platform is to see all transactions carried out and processed on the blockchain.

The tokens will have a soft cap of $10 million and hard cap of $50 million; 50 percent of tokens will be sold in the crowd sale (private, pre-sale, and public sale), 20 percent will be reserved for the development community, 20 percent will go to the company, early contributors, and advisors, and a final 10% will be in reserve for up to three years.

Participants in the crowd sale must purchase a minimum of $250 worth of tokens. From the sale, 25 percent of funds will be invested in expanding the development team and hiring more blockchain-focused developers.

Then 25 percent will be used for content and licensing. CEEK is operating a small VR capture studio in California. The company wants to grow this into a fully-fledged permanent studio with high-end VR cameras and equipment for producing bigger and better VR content. This will also require the need to create content and acquire licenses from content creators that want to distribute on the platform.

Another 25 percent of the funds will be put aside for marketing and business development in order to grow user numbers and the roster of artists that are using CEEK. The remaining funds will cover various operational, legal, and contingency costs.

The company plans to launch the digital exchange for virtual goods and payment processing by Q3 of this year. Tokens from the crowd sale will be distributed on May 4. The sale is open to non-US residents and accredited US investors.