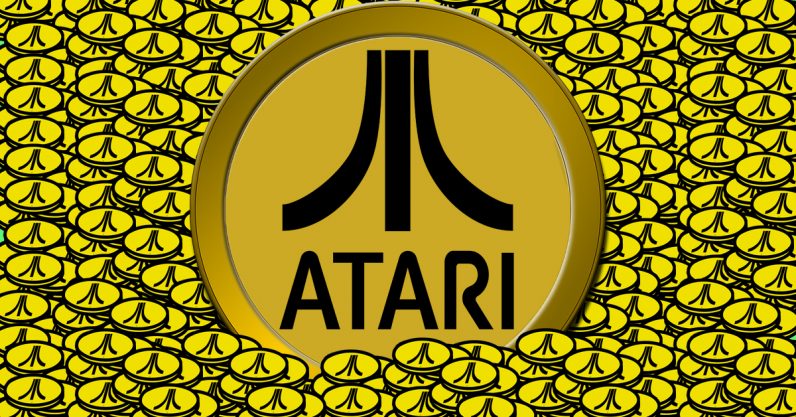 Atari recently announced the development of two new cryptocurrencies, Atari Token and Pong Token. If you’re too young to remember the company, the important thing to know is that it was part of a movement to decentralize arcade games. It succeeded then; will it now?

The company announced a partnership with blockchain pro Infinity Networks to create tokens as part of an investment deal.

According to a French press release, the Atari Token is specifically for entertainment:

The company is developing a decentralized platform giving access to any form of digital entertainment,that is to say a very wide offer ranging from video games to movies and music. This platform, under development, will operate using a cryptocurrency, the Atari Token.

While the second one, Pong Token, is all about a different type of gaming:

The second project in progress is the strengthening of the partnership with Pariplay, Ltd in the launch in 2018 of casino platforms allowing players to bet either in real money or with most crypto-currencies currently outstanding. These casino sites will offer many Atari games. To broaden the appeal of these new casinos, and once the Atari Token available, Atari has the project to launch Pong Token, a second Token dedicated to crypto-casinos and usable on these gaming sites. The details of this launch of crypto-casinos will be announced soon.

You just have to love those names, never before has a cryptocurrency been so nostalgia-inducing. Calling them “tokens” instead of “coins” is a stroke of brilliance.

While this may seem weird, let’s not forget Atari has been at the front of a burgeoning technology market before. Until it disrupted the industry, video games were “centralized” at the arcade. Game cartridges are like crypto-coins right? Alright, it’s weird, but let’s at least wait until we see a whitepaper.

As a final note, it’s worth pointing out Atari seems to be fairly concerned with regulation:

This press release is not to be published or distributed in the United States of America, Australia, Canada, Japan or Italy or any other jurisdiction in which the offering or sale of financial securities would be prohibited by law. in force. (sic)

There’s not a whole lot of information at this point, but we’ll update you as we learn more. We’ve reached out to Atari to see if our high-score for Pitfall still holds up, and to ask about this whole crypto-thing it’s doing.

Read next: Twitch detoxes chat by splitting it into separate rooms