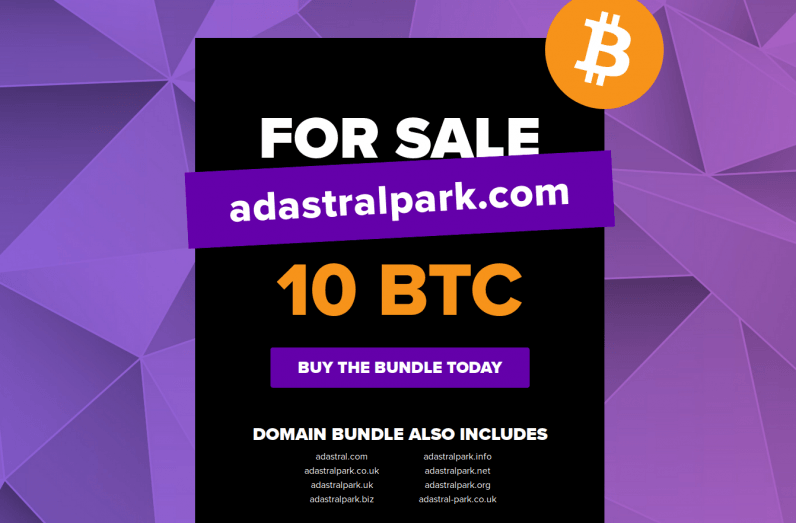 And… er… forgot to purchase the domain names. It’s a schoolboy error, and as a prank, a BT contractor called Ric Hayman bought them for the grand total of £20 (at the time, that was roughly $28). Predictably, the humorless suits at BT didn’t particularly appreciate his joke, and Hayman quickly found himself out on his arse, without a job.

The Whois for the domains are still linked to Hayman, suggesting he’s kept hold of them all these years.  However, it’s not clear he’ll find a buyer.

BT purchased an alternative domain — atadastral.co.uk — in 2000, which has been the online home of Adastral Park ever since. Moreover, BT is financially struggling. As pointed out by The Register’s Rebbecca Hill, it just reported a significant drop in revenue.

Read next: Start 2018 as a cloud expert with a year of Linux Academy courses — and take an extra 15 percent off