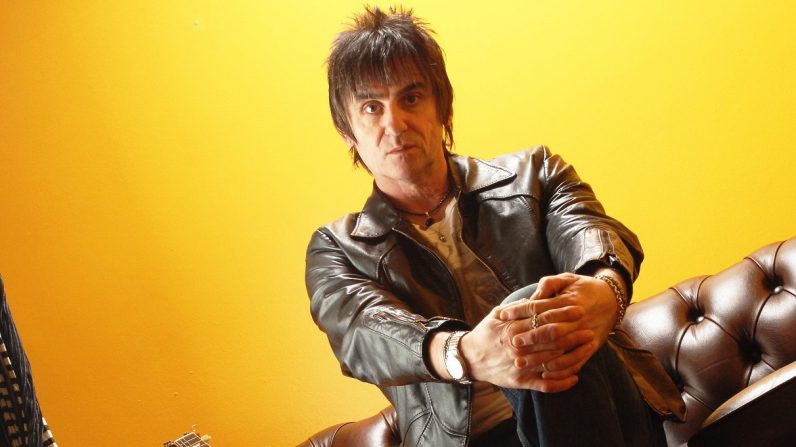 There’s a good chance you’ve never heard of BAE Audio. Despite being one of the most prestigious high-end audio gear manufacturers in the US, it doesn’t even have a Wikipedia entry. However, you’ve definitely heard music made using its gear.

Everyone from Queens of the Stone Age and Bootsy Collins to Snoop Dogg and Jason Mraz have recorded hit songs on the company’s legendary preamps. We’re talking hundreds upon hundreds of hit records. But the most interesting thing about BAE isn’t its laundry list of celebrity clients, it’s the company’s president, Mark Loughman.

Loughman’s a Mancunian transplant who immigrated to the US in 2000 with little more than a guitar on his back and dreams of stardom. Within a decade he was the president of BAE, one of LA’s most prestigious high-end audio gear manufacturers, despite having no formal education designing audio schematics. He’s also successful musician who suffers from misophonia – he experiences ‘sound-rage’ when hearing certain noises. He obviously has an intimate personal relationship with sound.

BAE Audio, originally Brent Averill Enterprises, got its start in the late 1980s racking the 1073 from Neve Electronics, a piece of musical gear considered by countless professionals as the gold standard of microphone pre-amplifiers. BAE’s take on the 1073 was, and remains, the answer to many musician’s prayers. Loughman told TNW:

We built it out of necessity. It was abandoned technology … now you can still get that vintage sound that’s only achievable through those particular transformers. We’ve made certain adjustments to the format, but it’s the same vintage sound we made 20 years ago.

Today, under the guidance of Loughman, the company still hand-wires every circuit in every piece of gear they make. We asked Loughman what the company’s had to change over the years and he immediately replied: “not much.”

Despite the music industry‘s near-collapse due to the emergence of streaming technology, BAE hasn’t had to change the way it manufactures products. Though its catalog has grown over the decades – even including a stompbox fuzz pedal now – it’s still a modern company making vintage-spec analog equipment. Loughman told us:

We’re not like some companies who just flood the market … We start by asking what can ‘we’ use in the studio that we don’t already have. I’m a musician and a purist, we’re not the paramedics … there’s no rush to get things out.

As a self-described musical purist, Loughman has some pretty strong thoughts on digital versus analog. Many modern musicians use digital plugins to shape their sound. As Loughman puts it, they could be using a microphone worth thousands but it’ll never sound as good as the warm, vintage sound of an analog wave:

It’s the difference between a female robot and a female [human]. You’ll get a result either way, but it won’t be the same.

His forthright nature isn’t limited to interviews either. Loughman’s an accomplished musician who’s never compromised his musical vision in light of his status as a business executive. His latest single, “MK Ultra,” is a melodic dystopian soundscape that feels like a modern spiritual successor to the Dead Kennedys or Public Enemy. Its video, a hellish montage ranting against the New World Order, is a brilliant visual accompaniment to the track.

Loughman’s authentic, heartfelt approach to music doesn’t seem any different than his leadership style. He has an uncompromising vision for BAE Audio that’s all about handcrafted products developed to the highest possible quality standard. He told us that his company’s products were “used by the biggest producers in the world, but they’re also used by the kid in his bedroom,” and that disappointing either would be unacceptable.

The world could use more punk rock business executives like Mark Loughman.