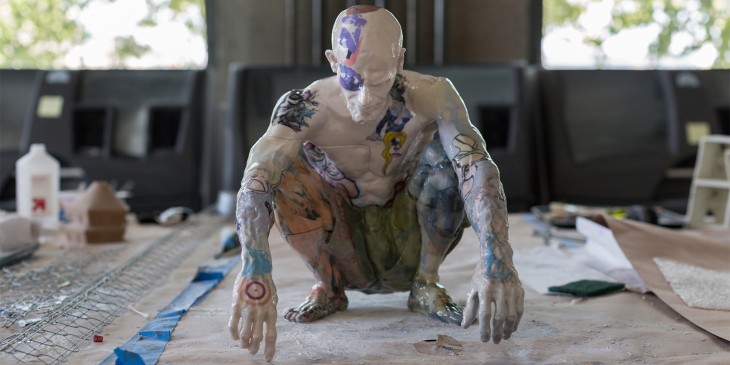 Once upon a time, Adobe Photoshop came in two versions: the standard version and an Extended version that threw in features for 3D modeling and composition. The company reasoned that many users would not need the 3D features, and thus separated the two versions with different prices.

Later, Adobe folded the 3D modeling features back into the main app with everything available via Creative Cloud subscription, and has gone on to periodically improve its functions.

With the rise of 3D printing and the technology about to go mainstream, Adobe has again turned its attention to 3D in Photoshop. At the 3D Printshow in New York, the company showcased three new features that will be available in a future version of Photoshop CC.

The new 3D Mesh Simplification feature provides a simple slider that lets you easily adjust the number of polygons in a model for faster processing and the ability to view the 3D objects on various devices.

The result is better performance, printing and sharing options. While many 3D models have a large number of polygons for capturing detail, often the output does not justify such high resolution. Considering that most desktop 3D printers are low-resolution, an overabundance of polygons can slow down the process and perform poorly on tablets.

Upcoming versions of the software will let you create and apply 3D Bump Maps from any photograph to add texture to 3D objects by converting textures from a photograph into a bump map. The feature offers flexibility to control the height and depth of the embossment or imprint to create a custom, textured 3D object.

While 3D scanning is expected to advance and become more popular, today’s scanning hardware tends to capture color data as vertex color, which is incompatible with Photoshop. A new Vertex Color to Texture Conversion feature will interpret and allow users to edit and change colors by creating a Photoshop texture.