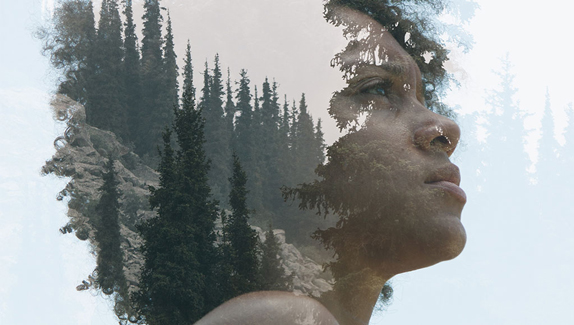 Sarah Maloy is Shutterstock’s content marketing manager. She’s also an entertainment writer, social media nerd, and chronic binge-watcher. This post was originally published on the Shutterstock blog and has been reprinted with permission.

Multiple exposures are created when a photographer opens the camera shutter more than once, exposing the film multiple times — usually to two or more images. A similar effect can also be achieved in Photoshop, when an artist superimposes multiple images to create a single composite photo. The resulting visual often has a ghostlike effect, with different levels of opacity creating layers within the image.

Victor Tongdee and SSokolov both use this transparency effect to blend portraits with photos of nature to create something completely new. Some of the resulting images are eerie, others are inspirational, and a few just add texture and depth to an otherwise simple portrait. Check out seven of our favorites below.

Read next: 8-step guide to finding a development agency