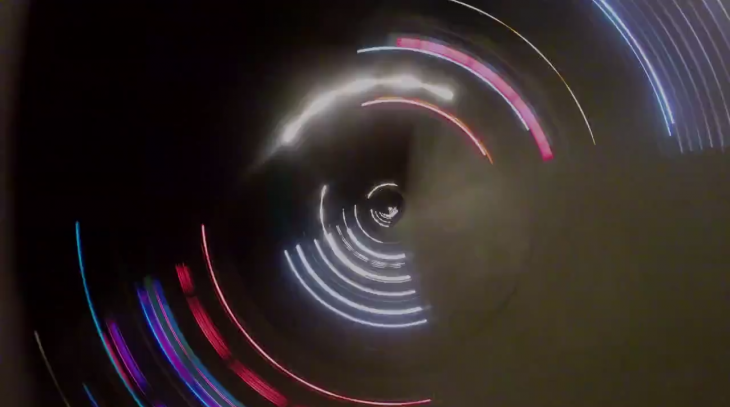 GoPro cameras are small, tough and fairly inconspicuous. Filmmakers and action sports enthusiasts regularly strap them to drones, helmets and surfboards, but car tires? That’s new to us.

Ryan Fox, a Vimeo user from Milwaukee, Wisconsin attached his GoPro with duct tape before cruising around the city late at night. The camera maintains its position in the center of the frame, but the revolutions of the wheel warps the neighborhoods into a kaleidoscope of bright colors and neon lights.

The concept is so simple and produces such fascinating footage that you’ll wonder why no-one has done it before. A word of warning though; this short video contains a high volume of flashing lights, and the perspective of the camera means you might feel a little queasy towards the end.