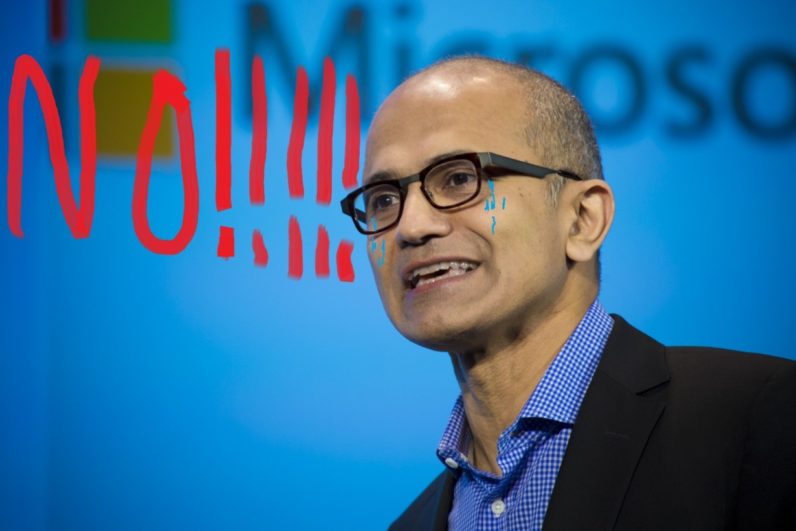 Later this year, Microsoft will release the long-awaited Fall Creators Edition of Windows 10. It’s a pretty significant update, not least because of what’s being added, but also because of what Redmond is taking away.

Get ready to say goodbye to Paint. In a page hidden in the nether-regions of its website, Microsoft lists it as deprecated, as of the release of the Fall Creators Edition.

Deprecation means that Microsoft does not intend to throw any more resources at developing or maintaining the program, essentially putting it on death row.

Paint is as old as Windows, coming out with Windows 1.0 way back in 1985. It’s actually older than I am. And now, it’s seemingly at the end of the road.

It seems Microsoft doesn’t see the value in shipping two versions of the same program, and given Redmond wants to position Windows 10 as a platform for creativity, it makes sense that it’d emphasize the more potent Paint 3D over old-school Paint.

But I’m still sad at the prospect that, one day, it’ll disappear from our computers, just like how Microsoft Pinball Arcade broke our hearts, all those years ago.

For people of a certain generation — my generation — Paint is where we learned to use a mouse for the first, developing our fine motor skills one hideous creation at a time.

Before I had the Internet, I had a clapped-out Windows 95 PC. Its wheezy Pentium processor couldn’t handle much, but it could handle Paint. I would spend hours after primary school, creating and designing my own dreadful comics.

While Paint3D is a worthy successor, it lacks the simplicity of the original deal. It’s overtly complicated and convoluted, and I can’t imagine a five-year-old taking to it with the same enthusiasm.

Paint has also found a constituency of honest-to-god artists, with people like Jim’ll Paint It using it to create their surreal and side-splittingly funny creations.

I guess, the thing that upsets me the most about Paint eventually disappearing is that Windows without it would just feel wrong. At this point, it’s part of the furniture.

Times change. Products change. We all move forward. And I imagine that we’ll get over the loss of old-school Paint as quickly as we did when Apple removed the startup chime from their MacBook Pros. But for some of us, the morning process will be a little longer.

UPDATE: Phew, that’s a relief. Turns out, Paint’s days aren’t as numbered as we feared. In a statement emailed to TNW, a Microsoft spokesperson said:

“MS Paint is not going away. In addition to the new 3D capabilities, many of the MS Paint features people know and love like photo editing and 2D creation are in Paint 3D – the new app for creativity, available for free with the Windows 10 Creators Update. In the future, we will offer MS Paint in the Windows Store also for free and continue to provide new updates and experiences to Paint 3D so people have the best creative tools all in one place.”