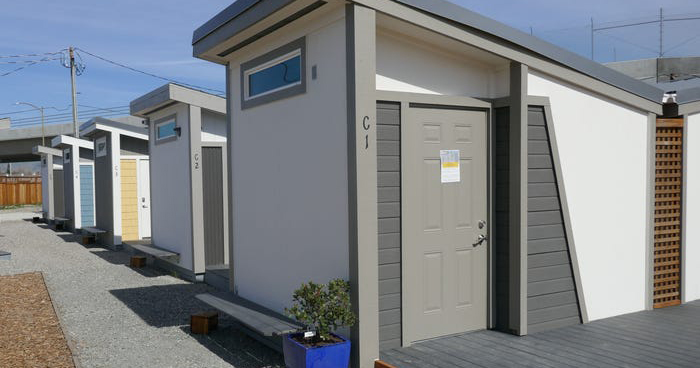 San Jose plans to build up to 500 tiny homes to house its coronavirus-stricken homeless population. According to The Mercury News, San Jose, nestled in the heart of the Silicon Valley, should have many of these units ready within a few weeks.

The move should ease the strain of a city that’s currently housing around 6,000 homeless individuals. To date, San Jose has relied on temporary trailers, leased motel rooms, and converting two of its convention centers to makeshift shelters. Still, this leaves space for fewer than 15% of its homeless residents.

Since the pandemic started, cities have scrambled to find a way to house these residents, who are particularly at risk due to the difficulty in following social distancing practices when bedding down each night at a shelter. A new study estimates that 3,400 homeless people across the country will die from COVID-19 and more than 21,000 will be hospitalized.

“We can’t know for sure what’s going to happen in the weeks ahead — particularly if there is a second wave of infections — so the need for housing that would be necessary for people who are COVID positive — will be critical,” Mayor Sam Liccardo said during a city council meeting.

All told, San Jose city officials expect the construction of each unit to run nearly $25,000, and plans to use both city-owned and private land to complete the project. “This is pretty inexpensive,” Liccardo said. “But obviously, if we can make it last 10-15 years, it’s a huge return compared to the alternative.”

Despite a budget deficit of $110 million over the next two years, the city plans to move forward with the $17 million project. To fund it, city officials plan to seek assistance from a grant, the Homeless Housing, Assistance and Prevention program, a one-time block grant offered by the state of California to aid in housing its growing homeless population.

The city has identified four potential sites that could serve as locations for these homes.

It’s not the first project of its kind in San Jose, which has taken a progressive stance to housing its unsheltered population for years now. The city recently opened another of these projects, a 40 home community. That project, however, was hampered by red tape and delayed for months due to lengthy environmental reviews and challenges with site and lease negotiations.

Read next: Report: iOS 14 will let you try out apps, no install required