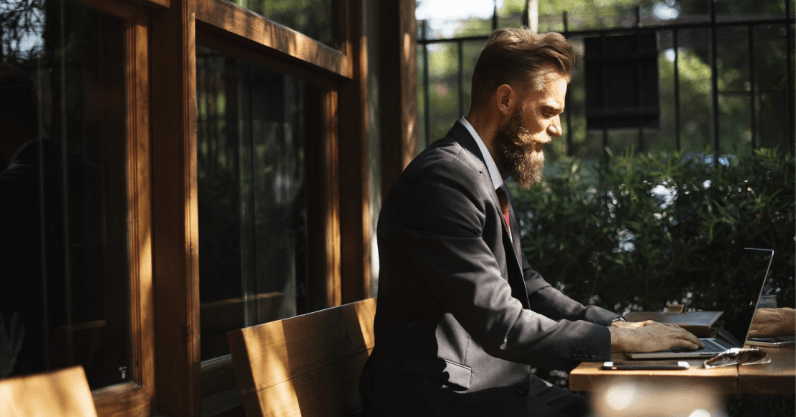 We live in a world where technology is increasingly ubiquitous and showing no signs of slowing down. Whether in our professional or personal lives, the always-on, always-connected nature of life in 2019 seems to be unavoidable. And aside from the internet itself, of all the technologies, software, and hardware available to us, the spread of social media is arguably difficult to beat in terms of its cultural impact.

Despite well-publicised issues with user privacy and questionable business practices by some of the biggest platforms, social media remains in robust health, with over 2.27 billion monthly active Facebook users, and 326 million on Twitter alone. Yet as social media has grown more popular, so too has an awareness of the negative effect it can have on users’ mental health, with a recent YouGov survey showing 57 percent of young people in the UK thinking social media creates “overwhelming pressure” to succeed.

This hasn’t happened in isolation, either. Whether focused on young people or the aged, and thanks in part to celebrity-backed campaigns, the volume level of discussions on mental wellbeing and mental health has been turned up. Given we spend a majority of our waking hours at work, increasingly the discussion is now being extended with mental health in the workplace is finally getting the attention it deserves, too.

Beyond simply caring for your fellow human, it makes business sense too. As the 2017 Stevenson/ Farmer review found, the cost of poor mental health in the UK workplace is estimated to be between £33 billion and £42 billion every year as a result of sickness, staff turnover, and presenteeism (when individuals are less productive due to poor mental health in work).

You can find a similar situation across the Atlantic, too, with employee mental health costs in the US rising twice as fast as all other medical expenses. It’s still relatively early days, but already the more progressive businesses out there have begun to realize if their employees aren’t happy and well-adjusted, they can hardly be expected to produce stellar work.

The increased awareness is reflected in both employers’ understanding of their responsibilities to their workforce, as well as employees’ expectations of the workplace. A recent Aon report found ‘better awareness of mental health issues’ ranked as one of the top concerns for employees, eclipsed only by expectations around flexible and agile working.

This shift in priorities has led employers to adapt their attitudes to the working day, which in turn has seen increasing numbers of people working alone or in a de-centralized way. Yet these changes to the way we work bring with them new challenges, as working alone from home often brings up issues of social isolation, with research finding around 20 percent of homeworkers citing it as a key challenge.

Whether you call them collaboration tools, enterprise social media, enterprise networking or any number of other names, the range and prevalence of this software has been on the rise. Microsoft’s Yammer and Teams, Jive, Slack, and recently Workplace by Facebook are just a few examples of the various platforms designed for anything from mass communication, to small groups or even one-to-one. Since their introduction to the workplace they have been credited with improving productivity, security and a whole host of other benefits for businesses adopting them.

But the one vital thing they all have in common is the ability to connect people, enabling them to communicate and collaborate on projects and work together regardless of their location. Not only is this useful in meeting employees’ desire for flexible working, but they can also provide the sense of belonging that comes with being part of a team, something which has been highlighted as a vital component of our mental well-being.

Taken on a large scale, enterprise social networks can be instrumental in improving workplace culture, so this is also true with regard to mental well-being. They can provide the ability to communicate with thousands of employees, spanning diverse departments and locations, enabling senior management to share and spread clear messaging on their policies, structures, and approach to mental health. Used intelligently, they can also act as a forum or mechanism for employees to feed back with their own ideas on how well-being can be supported and systems improved for those experiencing mental health issues.

With all these benefits it is clear social networking tools have a key part to play in the future of the workplace. However, whether or not they can make a positive impact on well-being in the workplace is inevitably down to their use sitting within a clear strategy like that set out by the World Economic Forum’s Global Agenda Council on Mental Health.

Yet with the immense potential of this technology available to us and clear signs something needs to change, excuses are beginning to run thin. We have the relevant knowledge, motivations (both business and human) and – in enterprise social media – the tools to change the way we approach workplace well-being.

But as with any tool, it’s what you do with them that counts. Until we see more business leaders put mental health at the forefront of their thinking, the potential of these collaborative and social platforms will remain a relative unknown, and what a missed opportunity that would be.

Read next: Learn what it takes to protect a Cisco network with this certification training