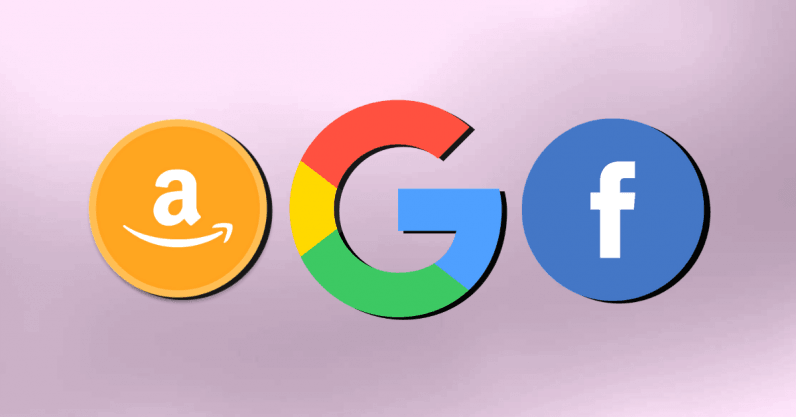 Whether you’re an entrepreneur or an established CEO, growing your business is always job number one. It’s how you’ll conquer an industry, make a name for yourself, and truly change the world. You may have staked your money on one big idea that paid off, but the next crucial step always lies in what’s next.

Great companies start out as an idea, but the ways they grow over time all differ. One thing, however, that the big tech titans have in common — Alphabet, Facebook, and Amazon — is that their exponential growth came largely as a result of smart mergers and acquisitions (M&A).

By building out from a solid core of talent and expertise, then bringing valuable outside assets into the fold, these businesses were able to launch themselves beyond the big leagues and into rarefied air that’s all their own.

To say that Google’s parent company Alphabet was built by M&A may well be an understatement. The corporation that grew from a brilliant search engine algorithm into the tech titan of the 21st century was acquiring companies at a clip of more than one per week in 2010 and 2011. Since then, they haven’t much slowed down.

One count has them at 113 acquisitions between 2012 and the present day, ranging from $3.2 billion for smart home-tech outfit Nest, to smaller amounts for niche companies whose products comprise the latest features of Google Docs, YouTube, and Android Wear.

Alphabet’s example shows how the modern do-it-all tech company’s lifeblood is M&A. By bringing on experts who had built a thriving operation in their particular niche, the company’s bought not just their existing ideas, but their next great projects. To stay in front of a market as ever-changing as online services requires smart M&A, a strategy that Alphabet has taken to the extremes of influence and profit.

For companies with competition gaining fast, M&A can solidify a hold on the number one spot. Facebook’s example shows this in the world of social media. While Mark Zuckerberg’s project caught on quickly, it avoided the fate of similar sites before it thanks to an eye on not only social media’s future, but it’s present. Either producing equivalent services (rolling out News Feed to match Twitter’s stream of friend activity and information) or acquiring them outright has kept Facebook on screens of every size around the globe.

Even with their own reputation flagging, Facebook properties Instagram and WhatsApp have never been hotter, and extend the company’s reach without suffering hits to their overarching brand.

The crucial part of growing through M&A is not to treat it like a shopping spree — your acquisitions must logically fit into the work you’re already doing. Buying a hot startup just to let it sit in your “to-do” pile is akin to buying a sports car to sit in your garage 364 days a year.

Your acquisitions need to serve your company’s needs and this point is best demonstrated through a look at the largest company in the world today, Amazon. Through smart acquisitions, Bezos’ group was able to conquer the budding industry of online retail and now have astronomical value to show for it.

Not to say that Amazon doesn’t have similar net-domination goals to their counterparts at Google, but as a company whose ambitions began in retail their acquisitions been the major step towards selling everything there is to sell online, with early-stage purchases of online retailers like pets.com, homegrocer.com (nearly two decades before their vaunted acquisition of Whole Foods), and smaller but promising online stores like Bookpages.co.uk and Joyo.com. Now, when it comes to buying any of a number of goods online, Amazon is the first and last name we think of, thanks in large part to their successful M&A strategy.

Even if your company’s goals are a bit more modest than those of these big three, emulating the most profitable practices in any size of company is possible with M&A. Thriving in today’s business environment requires insight, dynamism, and a strong product, all three qualities that can be shored up effectively and quickly when acquiring the right business assets.

Unbeatable growth takes an unbeatable strategy, and merging with or acquiring the next big thing has ensured the Alphabet, Facebook, and Amazon all remain at the top of the heap when it comes to tech.

Read next: How realistic are China’s plans to colonize the moon?