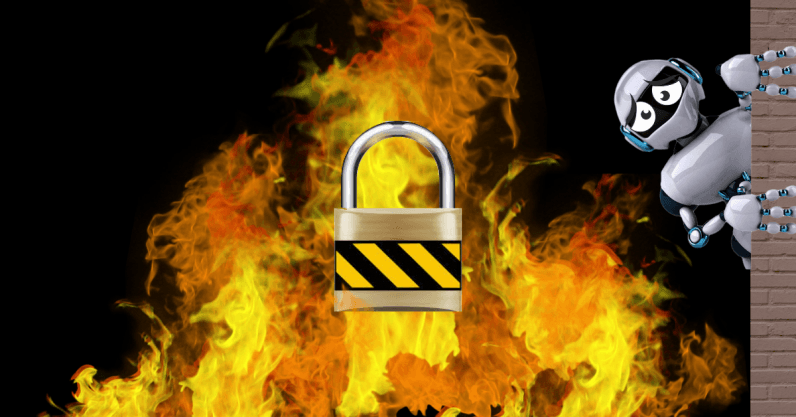 Looking back on the past twelve months, we will all remember cybersecurity scares, revelations of data malpractices, and countless large-scale data breaches. Allegations ranged from Google’s non-consensual tracking of user location data to (unlikely) instances of China covertly installing microscopic spy chips on US tech hardware.

It’s clear that data privacy will underpin innovation and technological advancement in 2019, while the latest buzzword tech is set to go the way cryptocurrency went last year (who saw that coming?). As a member of the recently fashionable – not to mention increasingly lucrative – open source community, I wanted to share my predictions for the year ahead.

On the rise: Data ownership and the internet

The bellwether blunder from the past 12 months has to be the Facebook-Cambridge Analytica data scandal, where it was alleged that the poached data of millions was used to influence voter behavior for key political decisions, including Trump’s election and the Brexit referendum.

Thus Mark Zuckerberg’s purported clandestine global practises were brought to the forefront of public debate, which according to one survey preceded five per cent of Brits deleting their Facebook accounts.

For most of us in the open source community, it really feels like we are at a tipping point. Finally, the general public are beginning to understand what we have known for a long time: people are waking up to the realization that their data is being used and misused for heinous purposes.

That, coupled with the fact that millennials are rapidly falling out of love with the platform, suggests that in 2019 we can expect to take one step closer to the “grown-up” internet – sometimes called the Web 3.0.

Pressure will continue to mount for companies to embrace user-friendly data privacy and ownership. The shift in cultural expectations as well as the introduction of data legislation (e.g. GDPR) will force the “walled gardens” to cease operating their former model of siloing data without disclosing how they are using it. Otherwise users will flee the platform causing a network effect where if one domino falls, they all fall.

Although we have seen a rise of alternatives trying to take down the big silos – sometimes utilizing open source technology – we are yet to witness a viable alternative to Facebook, Twitter, Google, etc. But as public figures continue to call for change, I expect that in 2019 we will see more and more attempts at a federated, distributed messaging system competitor. And somebody might just get it right.

On the back of the rollercoaster ride that was the Bitcoin bubble, blockchain was the buzzword at the beginning of 2018. And yet as we move into 2019, only the staunchest of fans will be defending its – eternally-yet-to-be-established – application as a solution for problems that we may or may not face in the future.

I won’t be bucking any trends with this prediction: it’s very likely that blockchain will continue its way along the downswing phase of its hype cycle in the new year.

But one hot topic from today that I feel most people are giving too much credit is machine learning. OK, so it isn’t blockchain – it is certainly true that companies have done some great things with it, but they do tend to have very specialized applications. It seems that for the broader, more headline-grabbing applications, the problems are harder to solve than we ever realized.

Take the example of autonomous vehicles. We’ve been promised self-driving cars for what feels like an age, and yet how close are we really to achieving full autonomy? When will we see the first example of a driverless car that is able to react to all situations that you encounter on the road? Certainly not in 2019.

With the machine learning approach, it’s become clear that autonomous cars are unable to recognize the social component of driving on roads full of human motorists. Eye-contact and social cues are essential to ensure road safety, and as humans this comes easily to us. For machines, it’s a different story – and teaching them to recognize nuanced human communication is going to be a difficult task no matter how many CAPTCHAs of road traffic signs and storefronts we complete.

Then on top of all this, yet again there’s the privacy element. Cars collect a lot of data about us; including where we’ve been and when. And it’s not always apparent who this data is sold to. It may be ‘anonymized’, but location data is one of the most identifiable types of personal information that a company can hold on a user. People need to have more control over this.

As far as the future of autonomous vehicles is concerned, the key will be networking all of the cars using open standards and open protocols. Once all the cars are connected, there’s no need for machines to understand the complexities of human communication. This is the open source approach and it’s how we created the internet, so why not create the Internet of Cars?

The past year has been an eventful time for the wider tech sector – and amid the Teslas in space and genetic bioengineering, we’ve taken several leaps forward in regards to bringing issues surrounding data privacy into the public sphere of influence.

Facebook’s meltdown quite conveniently coincided with the introduction of GDPR, feeding into a catalyst for debate over data rights, privacy and ownership. While at the other end of the scale, revolutionary technologies that we once thought would be upon us already, continue to be pushed back.

We now begin 2019 with interest in open source solutions at an all-time high. And I cannot help but anticipate that innovators will continue to apply this technology, taking control away from the silos and granting it back to the users.

Read next: Oppo to unveil phone camera with 10x optical zoom on January 16