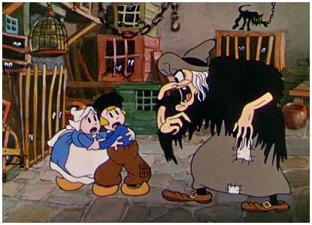 I hate New Year. I don’t do resolutions and am generally “bah, humbug” about the whole hullabaloo.

This year, my curmudgeonly attitude was dramatically amplified by social media in general, and Facebook in particular. And finally, after years of railing against the privacy invasive nature of the machine, I decided to quit.

I suppose it says something about me that it wasn’t the data tracking, the endless scandals, the cavalier approach to laws, fundamental rights and disregard for users’ dignity, that tipped me over the edge, but fears for my own mental health.

Of course all the shoddy behavior by Facebook played a part, and of course I want to starve Facebook of my data. But if I’m honest, the feed is making me unduly angry… even with many of my friends who are lovely in real life, but turn into utter dickheads on social media.

It may be a slight exaggeration to say my mental health is at stake, but I am tired of feeling irritated so much of the time. A decade ago, when I moved to Belgium, I stopped buying women’s magazines entirely and noticed a remarkable improvement in my own self image. I’m hoping something similar will happen when I manage to quit Facebook.

I have decided to do this gently. For years I have kept a deliberately low friend-count – even operating a “one in, one out” policy at times. I can easily go through the list and ensure I have contact details for anyone I’m worried about losing contact with.

There are only two groups on Facebook that I care about, but I guess I’ll have to live without them. One, the ResponseSource tech journalists and PR group, has even recently considered moving to another platform because of the awful privacy violations perpetrated by Facebook, so maybe I’ll find them somewhere else in the future.

Therefore my tentative first step is to delete the app from my phone. Easy. Barely broke a sweat, even when I realised I had to actively uninstall several other elements to purge it entirely.

I eye Messenger warily. This is going to be more difficult, for the most predictable reason of all – family! My brothers, parents and I all live in different countries. Messenger is how we usually keep in touch.

I am aware that I can use Messenger without Facebook, but I fear it would probably end up being a gateway drug… and I haven’t even come close to deleting my account!

To make matters worse, one of my brothers is pretty phone-phobic, forgets to charge it for weeks at a time and only uses desktop applications. This will make finding another channel tricky. I’ve used several privacy protecting apps over the years and have found even the best of them – Signal, Wire – bugging, so persuading the whole family of their merits is an uphill battle.

This is a work in progress. But if I ever needed a personal example of why excessive dominance is bad, the horrifying realisation that Facebook appears to practically OWN my family interactions is it!

For that reason, my efforts at persuasion will continue. That, and the avoidance of any more posts about “veganuary,” “feeling blessed,” or “new year, new you.” Bah humbug!