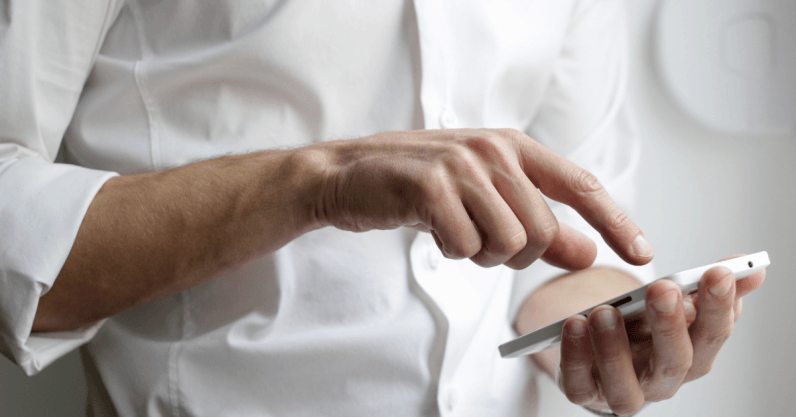 Have you ever logged onto Facebook, only to be inundated with mundane status updates from your ex-high school classmate or photos of your great-aunt’s cat? The impersonal, irrelevant news that seems to clog up most our newsfeeds is turning people away from traditional social networks and toward a new breed of local network that allows you to tune in to your neighborhood gossip.

Apps like Nextdoor, Neighbors, GoNeighbor, and Hoodi are creating private feeds for individual neighborhoods that are shuttling in a new era of hyper-local news, reminiscent of a pre-social media era.

But isn’t Facebook rehauling its algorithm to show you more posts from people that matter to you? Perhaps, but that doesn’t necessarily mean those updates are relevant to your daily life.

Despite living in an era of hyperconnectivity, where you can reach a stranger in rural India as quickly as you can call up your friend who lives across town, it appears that humans are still attracted to a sense of local community. And it makes sense.

The minutia of what happens in front of your house affects your life much more than events on the other side of the country. Especially as social media feeds like Facebook, Twitter, and Instagram become increasingly crowded with questionable news and unfiltered vitriol, it might seem logical for people to retreat to their local communities.

The rapid growth of local social networks has not gone unnoticed, however. Facebook and Google are already launching features that will help them compete within the local market. The relative safety that people felt within limited social networks like Nextdoor might be coming under threat as well. Neighborhood networks are a hot market for the $130 billion USD local advertising industry, and they could be a significant opportunity for political advertisers, as well.

If Facebook and Google, two of the largest networks for digital advertising, are investing in local social networking, your business should be paying attention as well. Here are a few reasons why.

New way to target your exact audience organically, without the guesswork.

Anyone who has ever tried to set up a Facebook ad knows how much thought and meticulous planning goes into targeting just the right group of people. It might be a little bit easier if you can identify a specific interest group, but if you are a local business, you might want to focus exclusively on people who live close to your store. But not everyone puts their location on Facebook.

Nextdoor recently debuted their Business pages, which allow you to access more Neighborhood groups with each recommendation you receive. It’s important to watch these networks as they create opportunities to reach precisely the people who need you most.

Neighborhood networks are the new word-of-mouth

Before the Internet, people used to find out about new products and services through their neighbors and friends. Sure, you could always look at a catalog, but a recommendation from a trusted source always helps streamline the sale.

Neighborhood social networks migrate that process online, allowing neighbors to take suggestions from each other without having to go next door for a cup of sugar. As a business, you can take advantage of this tight-knit network by encouraging users to share your product or service through their neighborhood social media app.

This action will come naturally since people are used to sharing things on Facebook and other social media, but it is much more efficient when they are sharing with a small, tuned-in group.

Nextdoor already has a presence in 85 percent of neighborhoods in the United States, and users send over 4 million private messages a day on the app. Its reach is already big enough to allow you to scale quickly. However, each network contains just dozens, or a few hundred people, so you can test your marketing efforts at a low cost before trying to reach a bigger audience.

Nextdoor allows businesses to connect with multiple neighborhood groups through their recommendations; however, paid marketing is still not as available as it might be on Facebook. If you are trying to spread the word about your business page on Nextdoor, you will need to base your efforts on word-of-mouth style recommendations through the site.

People who choose to live in the same neighborhoods often have specific characteristics in common. You can imagine that a product that interests a few families in a specific neighborhood will likely be of interest to other people who live in the same socioeconomic situation. Facebook and Google are at a disadvantage here because they do not automatically sort people into selective groups, so it can be hard to test in multiple, similar markets at the same time.

Ironically, as the world has become more globalized, many people have sought a return to local, personalized relationships with the people around them. Just as everyone is getting over the marvel of being able to connect with just about anyone via Facebook, neighborhood social networks are helping people get the information that truly matters to their daily lives.

As a business, you should be watching these networks closely; they tend to be a place where people ask for help and suggestions from their neighbors, people they trust, and you could tap into these connections directly. As Facebook and Google scramble to offer more local content, businesses can follow the trend and discover new ways to reach out directly to the hyper-local, self-selecting groups that neighborhood social networks provide.