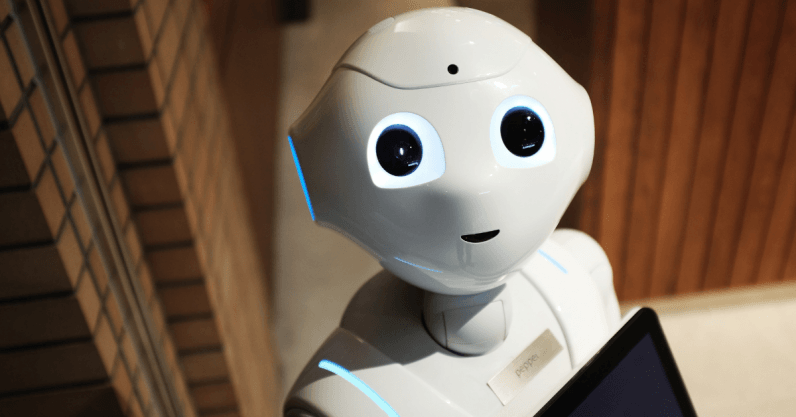 For robots, 2018 was a year of goodbyes, hellos, and intriguing pointers to future developments. Here are the four major trends that I spotted in the robot scene this year:

The year began with a large consumer robot contingent at CES, and a great deal of press for leading contenders such as Kuri and Jibo.

But halfway through the year, The Robot Report published that Jibo had laid off most employees and was running on fumes. Two months later, Bosch announced it would no longer sell Kuri or invest in development. Little explanation was given, but the most significant misstep may have been targeting consumers too soon.

Even if they’re happy with voice assistants or special-purpose robots like Roomba, consumers aren’t ready for general-purpose robots — consumer expectations just don’t align with the state of today’s robot industry.

Even toy robots are subject to painful consumer expectations. I think Anki’s Vector is amazing — they’ve packed in an unbelievable amount of true robotics features into Vector.

But… go look at the comments for Vector‘s product release. You’ll see buyers lamenting that these amazing features — which work well under most circumstances — simply aren’t perfect every time or aren’t enough to warrant the cost.

That’s an impossible expectation to meet, but this is the burden that consumer robot companies face: how to deliver perfect products out of the primordial soup that is 2018 robotics.

Developers are the new consumers

We’ve been talking about it at Misty Robotics with our Misty II robot developer platform for a while now, but in 2018 other companies also started to pay attention — developers are very well suited as customers for robots today.

Companies know developers understand the potential of robots as platforms. And, while robot companies don’t have the near-infinite resources needed to find the “killer app” for robots, developers as a population sure can.

In 2018, many companies with a primary consumer focus added support for a developer SDK to their robot offerings, among them Anki (Vector), Segway Robotics (Loomo), and Temi USA (Temi).

Even companies that weren’t selling robots were staking out places at the robot developer table. Microsoft announced this fall that it was getting back into the robotics development world by joining the industrial consortium for ROS — a commonly used robotics-development framework.

Get reader for the gorilla(s) in our midst

This year also saw reports of Amazon amassing 500+ engineers to work on a home robot. Little is known about the project, but my guess is whatever Amazon releases will be similar to Temi, a consumer-targeted mobile robot assistant released this fall.

The interesting thing about Temi is that it looks to have successfully tackled one of the most difficult problems: generalized mapping and navigation within a home environment.

But… for $1,500 will consumers buy in volume? As a mobile assistant like Alexa, is it worth 20x the price? Plus, my bet is Amazon comes out with something very similar at the sub-$500 price point and then backs it up with all the marketing power that one of the tech industry’s 500-pound gorillas has got to offer.

That said, home robots are the future, and I’m sure Amazon will be only the first of many new entrants in this space —big and small.

The robot arms race is on

The most recent robot-trend item to hit my radar was an article about SoftHand 2, a notable advance in the quest for an affordable robot hand.

In SoftHand 2, Italian researchers cleverly threaded just two cables across all five fingers, using a series of pulleys. Because there are only two cables, the hand only requires two motors.

This is serious progress compared to prior robotic hands, which may use 10x as many motors, with a correspondingly greater cost. For consumer robots to really take off, affordable and lightweight hands like these are an absolute must, so SoftHand2 is pointing the way forward in this area.

We can’t wait to see what 2019 has in store. It’s likely to have similar themes: some will rise and others fall, with rapid technical advances, and perhaps the entry of a tech giant or two to signal the actual time of consumer robots may be approaching.

Read next: Redditors work out player counts to over 100 PS4 games