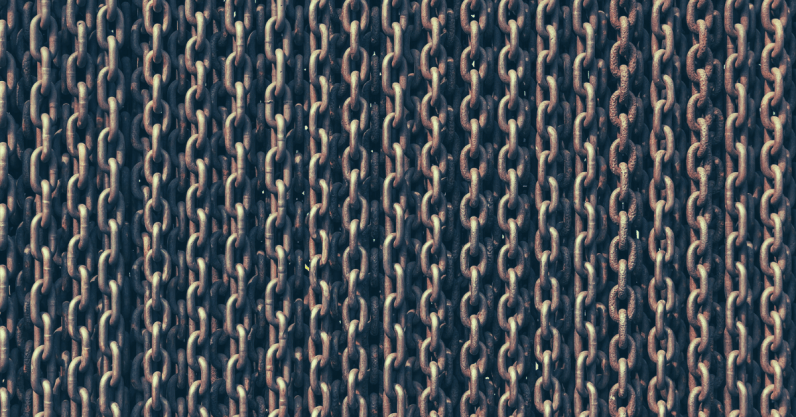 At the blockchain conferences and blockchain industry discussions over the last two years I had many chances to listen to talks about crypto regulation by the new gurus of the crypto. Being a tech law scholar for 20+ years, I was originally intrigued, but intrigue gave way to disappointment fast.

I was baffled by over simplistic understanding of the law, that prevailed, and utter ignorance of the 100+ years of legal scholarship on regulating new technology. Unsurprisingly, not a single legal scholar was on the stage. Instead consultants, young lawyers turned lobbyists, and know-all tech gurus had their take.

Call me an idealist, but law is a delicate and daunting balancing act among the virtues (principles) of equity and justice, liberty and freedom, equality, individual rights, fairness, pluralism, preservation of commons, etc. It is based on formal rules, custom, prevailing cultural and moral norms, spirit of time and legal conscience (feeling of justice) of the jurists interpreting the law and making the decisions.

The biggest problem with the formal law is that it is made by politicians, and increasingly by the most powerful (wealthiest) stakeholders and their lobbyists, and only very rarely by real jurists or even rarer by legal scholars! Note that the most fundamental laws, which are relevant for hundreds of years, are made by the legal scholars, rather than by any of the former.

While it is still considered a legal frontier and young legal discipline, regulating technology is a fascinating and productive topic of legal scholarship. Over the last century it developed a lot of useful insights and principles. In many cases, it recognized that the basic legal principles are technology agnostic and universal, therefore, the law is able to deal with the new fields based on these principles alone.

In other cases, a paradigm shift is needed. Rebalancing of principles and virtues, or sometimes new principles are thoroughly debated by the frontier legal scholarship and technologists together. In this way, the law has been able to do just fine with the railways, automobiles, radio, TV, computers, software, cyberspace, biotech, etc.

Of course, there are many bad examples of regulating new technologies as well. Commonality of these is that the focus has been on solution of narrow problems, while the values and principles have been ignored. In many cases – chasing of opportunistic political or business goals and not even true legal problems – prevailed.

Database regulation initiatives in the EU, which led to Directive 96/9/EC of 11 March 1996 on the legal protection of databases, done in complete ignorance of the legal scholarship on the topic, is a good example. It created vague sui generis database rights, which have been a headache for the courts and jurists for more than thirty years. Even the European Parliament official committee reports in 2015 have considered them an impediment to the development of an European data-driven economy and called to abolish the Directive 96/9/EC.

How crypto regulation is going

This is what is happening with the crypto regulation and broader crypto law debate. Ignoring  the past lessons of regulating new technologies, the newly baked regulatory “experts” advocate governmental regulatory intervention to promote token sales, or miracle blockchain solutions to legal problems in contracts, dispute resolution and even slow justice.

The red flag for legal opportunism is apparent in the European Commission’s Fintech Action Plan 2018, which notes that the 13 EU Member States have established “Regulatory sandboxes […] an environment where supervision is tailored to innovative firms or services”. How is cozening of the supervision and supervisees a good thing?

Past studies have already highlighted the risks of the regulatory capture, “which occurs when a regulatory agency created to act in the public interest instead acts in favor of the commercial or special interests that dominate the industry or sector it is charged with regulating. In other words, government money ends up lining someone’s pockets with little to show for it and taxpayers are left holding the bag.”

By looking for the regulatory solutions of narrow problems (such as circumventing the securities regulations for the crypto investments), that will be irrelevant in the long term, the new influencers of the crypto world put the whole technology into regulatory shackles and completely forget about the basic virtues of justice, liberty, freedom, public interest, etc.

Nobody knows all the possible types, features and applications for crypto tokens, yet they are willing to submit all of these to the narrow-minded securities regulation and bureaucracy!

The immediate result is limiting legal definitions of the crypto tokens. Likely next is murky regulation for the smart contracts or digital organizations, since there are consultants willing to submit these to the regulation because someone needs “legal clarity”, that is – to outmaneuver consumer or competition laws.

Such opportunistic regulation, in many cases based on self-interest, is at the peril of the continued innovation in the ecosystem. It is sure to backfire in the long term. Said EU legal experiments with the sui generis data base rights in the Directive effectively killed database innovation in Europe, what may have contributed to the blockchain – the revolutionary database technology – finding schooling and original home elsewhere. By weird coincidence, blockchain pioneer Nick Szabo published his original ideas on smart contracts at around the same time when the EU pushed through the Directive 96/9/EC.

The pundits fail to recognize even the best cases of “regulatory” success of their own kin. The Linux and open source ecosystem was able to grow and flourish exactly because it did not resort to governmental regulation, although I’d heard dozens of proposals to legislate on open source over the years.

Richard Stallman was a true genius not to look for the politicians and lobbyists to carve out the rules. Instead, he chose to self-regulate – to create the values-based rules independently (GPL license) and based on the existing legal principles. But most importantly, he did not lock the ecosystem with his version of the rules. He consciously enabled other sets of rules (different licenses) being created and used where it was applicable. Government created rules basically prevent this from happening.

Self-regulation that is – creating own rules, which consciously tackle the difficult issues like KYC (know your customer), AML (anti money laundering), risk taking, fraud, false advertising, etc., in my opinion, is an opportunity for the crypto ecosystem. Compliance with such rules (like compliance with the GPL license) shall be policed by the ecosystem itself by branding and excluding the non-compliant opportunists.

It is critically important for the self-created rules to be virtues and principles based, but careful to leave the field wide open for different approaches and follow-up innovation. There is nothing what would disallow or prevent this from happening in the Western legal systems. On the contrary, they promote self-regulation, since self-regulation is the true exercise of the free will, freedom of the contract, personal rights and liberties.

Question is whether the crypto ecosystem has enough responsibility and courage to do it, and to resist the dazzle of opportunistic regulation? Learning from the mistakes of the past and wisdom of the other frontiers has been a path of legal innovation for centuries, and it is the only path to a better future.

Read next: Ohio tech funds to pump over $100M into blockchain startups