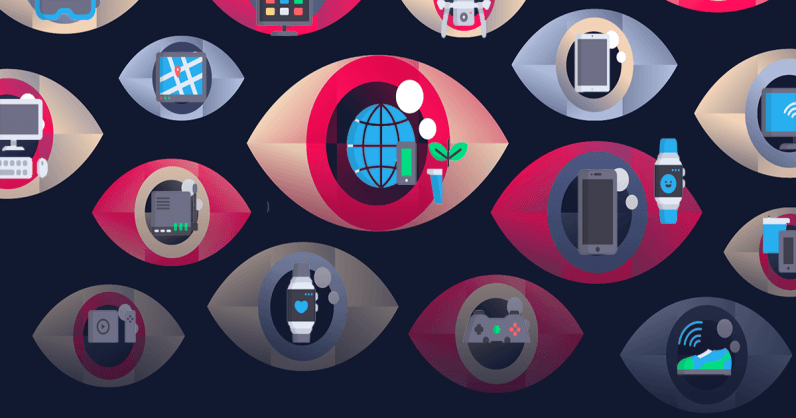 The rise of the digital era has brought with it many wondrous changes to our daily lives, not least of which the fact that we now carry digital assistants with us everywhere we go in the form of smartphones, tablets, and laptop computers. The rapid proliferation of everyday digital devices and the rise of new smart devices, which are more capable than ever before, carries with it worrying connotations about surveillance just as equally as it does positive ones of progress.

Will our smart devices become a massive surveillance network? You need not look to the future with dystopian fears when it comes to your smart devices – governments are already using them to spy on you today.

Our smart devices track our every move

It’s indisputable that contemporary smart devices are often built with advanced surveillance capabilities that keep track of you wherever you go; after all, if your smart device isn’t aware of where you (and it) are, it can’t offer you a myriad of useful services we’ve all come to rely upon, likely timely weather updates in our nearby area or directions to a local pub. Given that surveillance capabilities are built into these devices from the get-go, it’s thus only a matter of time that our smart devices come together to create a surveillance grid that tracks our every move and digital inquiry.

Around the world today, we can already isolate a number of worrying examples of massive surveillance networks, and they’re not exclusive to totalitarian regimes in lesser developed portions of the world, either. In contemporary Britain there’s one surveillance camera for every 11 people, for instance, illustrating the rapid rise of the surveillance state in industrialized Western democracies. Elsewhere, security services and local law enforcement authorities are also starting to warm up to the idea of using more devices to surveil the general population.

The rise of police body cameras has soothed many concerns surrounding police brutality, for instance, but when facial recognition technology grows so compact and efficient to work through those devices they’ll soon be cataloging the face and identity of everyone who passes a police officer or checkpoint on the street, for instance. Smart devices in our homes, like the virtual smart home assistants Alexa and Google Home, will also begin to pry into our personal lives more and more.

It’s only going to get worse from here

The most daunting challenge before privacy advocates today is the fact that invasive technology is only going to get more advanced from here, necessitating that it will become easier and easier to establish a surveillance network just about anywhere. Even our homes won’t be safe sooner rather than later; Amazon recently filed for a patent to detect user illnesses by analyzing the emotional state of their voice, illustrating how awesome and infiltrative potential these smart devices have.

When all of our smart devices are connected to one another and those belonging to our friends and families around us, they can be used to create informative grids from Powerpoint templates and deduce everyday patterns that reveal who we are as individuals. Once authorities realize how useful virtual home assistants can be solving murder cases, there may even be concerted government efforts to sponsor digital assistants everywhere to expedite investigations and information gathering.

The massive surveillance networks that countless dystopian authors have warned us about aren’t around the corner – they’re already here. The digital technology that exist in this day and age is already sufficient to establish creeping surveillance networks by tapping into the power of smart devices, and privacy advocates everywhere should be preparing themselves for bitter fights yet to come.

Read next: Public speaking doesn’t have to make you hyperventilate with this $29 masterclass