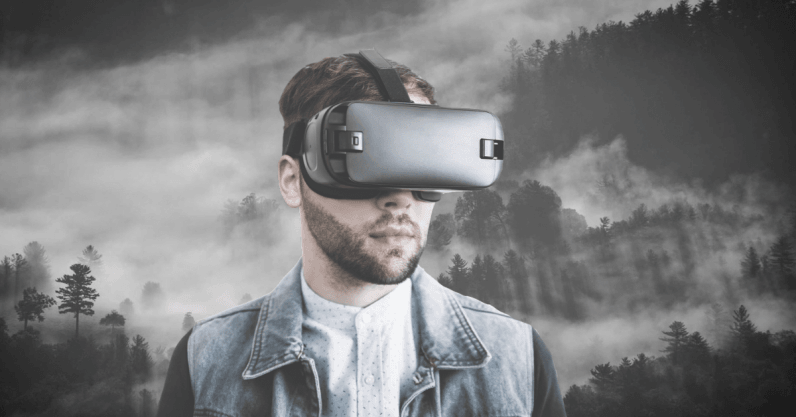 The latest innovation from Oculus — the Oculus Quest — was supposed to take the digital world by storm, but a relatively muted response from the tech community has many scratching their heads and wondering if VR is really all that it’s made out to be. This is a drastic change from just a few years ago, when we were regularly told that VR was the way of the future, and that soon our entire lives would be constructed around alternative virtual realms where the digital sky was the limit.

Today, our VR future looks much grimmer than ever before, and many consumers and developers alike are beginning to lose confidence in the so-called way of the future. After examining Oculus’ latest gambit, I’m not surprised to see that VR is slowly but surely losing steam thanks to a number of challenging hurdles that have yet to be surmounted.

Could the Oculus quest change things?

Most proponents of VR are quickly lining up behind the Oculus Quest, the latest innovation in the market that aims at offering users a virtual reality experience without necessarily plugging them into a PC (something that the early Oculus Rift needed in order to operate).

The new standalone headset is reportedly set to debut on the market at a price of $399, and will begin shipping next year. Mark Zuckerberg and Facebook have quite a bit invested in VR, ensuring that it doubtlessly won’t be a total flop. But there are some signs of concern that illustrate our VR future is growing dimmer by the day.

On the bright side, I’m glad to see that the once-prohibitive costs of VR technology is slowly but surely going down. Where once VR was nothing more than a fancy fad open only to those with plenty of tech experience and cash to throw away, it’s steadily becoming more mainstream as the technology involved becomes cheaper to produce and master. The all-in-one nature of it will doubtlessly entice some shoppers, too. But these small improvements to VR technology don’t change the fact that the industry in general is facing some seemingly insurmountable odds.

For starters, VR headsets and devices are still very unwieldy and uncomfortable to use, and many people who aren’t avid tech consumers feel strange putting these devices on. This is no small charge — one of the primary reasons the iPhone became so popular was because it was so simple and intuitive to use, whereas VR headsets are clunky and alien to a large swathe of potential customers.

It’s also clear that VR tech simply can’t compete with current-gen consoles, their primary competitor when it comes to vacuuming up valuable consumer dollars. Oculus CTO John Carmack recently noted that it’s simply impossible to take a game developed at a high-level on such consoles as the Xbox or PlayStation and seamlessly swap it over to an Oculus headset.

It’s not impossible to enjoy traditional consoles while also regularly playing with VR kits, but it’s a matter of fact that most consumers who aren’t strapped with extra cash are likely to pick between one or the other. I have serious doubts that VR’s inability to replicate the gaming experience offered by contemporary consoles will be getting better anytime soon, either.

Time and time again, though I’m wowed by the visual immersion into a virtual reality, I’m let down by the fact that the games I play simply can’t compete with more thoroughly developed and tested console alternatives.

The next great challenge I see when it comes to convincing gamers to switch is somehow bridging the gap between high expectations and reality. Fueled by Hollywood fantasies like Spielberg’s Ready Player One, many newcomers to the VR industry will be expecting things to be as simple as putting on a headset and stepping into a brand-new world chock-full of adventures. As a matter of fact, however, there’s a tremendously steep learning curve to many AR and VR experiences that will put many people off them in the long-run.

Take for example the myriad of problems AR and VR professionals face when it comes to design. I don’t see VR experts providing a seamless experience that’s doesn’t produce at least mild nausea in many newcomers anytime soon. The problem isn’t solvable through technological innovation, either; some of the problems confronting VR are simply based in human nature. Immense eye strain and the heavy weight on your head and neck will rapidly deplete the energy of users, for instance.

Despite these problems, Oculus has boldly pushed ahead with its latest gambit in an attempt to secure a greater share of the growing VR/AR market, and I can’t blame them. This is an exciting field rife with opportunities, and Oculus’ new kit will doubtlessly be fun to toy around with.

I suspect VR will ultimately fail to take off in the way that many of its proponents keep expecting it to, however, and don’t see the Quest solving many — or really any — of the major problems stymieing VR’s long-term potential.

This doesn’t mean our future will be devoid of this tech entirely. The next generation will be vastly more comfortable with VR and AR tech than we are today, and doubtlessly many of them will rush to embrace it. Still, I see so many barriers to the mainstream adoption of VR technology that it’s almost hopelessly foolish to think that any one device or even a series of them can revamp the entire industry.

Walking around in clunky headsets that blind you to the real world will always be a frighteningly difficult problem for VR’s proponents to deal with. I don’t envy them in the slightest; while the tech pioneering the realm of virtual reality is impressive and fun, it’s also too trendy and adverse to human comfort to ever really go far.

Despite the fact that Oculus has made some progress with its latest development, and that it’s slowly but steadily becoming more affordable, I expect the Oculus Quest and VR in general to continue struggling in vain for the foreseeable future.

Read next: How to make money on social media while NOT looking like a loser