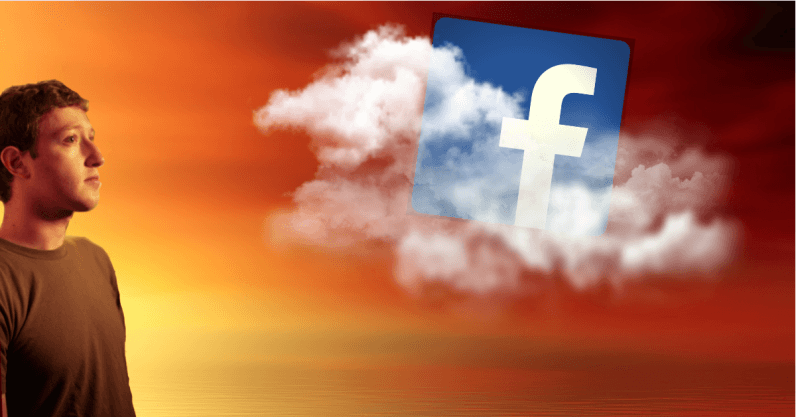 Brands pour billions of dollars into Facebook advertising, but the social media giant isn’t going to last forever. So, where will those dollars go in the future?

The only viable choice is creativity.

Most chess masters agree that their most valuable skill is envisioning moves before they happen. The further ahead they can see, the more matches they win. Grandmaster Garry Kasparov (and perhaps even Grandmaster Flash) could allegedly see up to 20 moves ahead. No wonder Kasparov sat atop the global leader board for two decades. Obviously, such foresight is equally valuable in business, specifically in preparing brand marketing for what lies ahead once Facebook advertising becomes obsolete.

CMOs might scoff at that outlook — understandably so. Zuckerberg and co. pocketed nearly $40 billion worth of advertising revenue in 2017, and the social network has as many adherents as Christianity.

Then again, people laughed off the idea of automobiles as they rode horses to work in the 1800s.

All technologies eventually undergo a Darwinian purge whereby the inconvenient, the annoying, and the expensive die off and are replaced by the innovative, the authentic, and the cost-effective. That’s why your ad strategy needs to transcend platforms and can’t be tied down to one medium.

Whether Facebook cannibalizes itself or enough people finally decide to leave the cesspool of cat videos and xenophobia, the social network’s grip on us will loosen. And by the looks of it, that time may closer than we expect.

During the past year, more than a quarter of US adults deleted the Facebook app from their phones. Among 18-to-29-year-olds, that number jumps to 44 percent. So what’s causing the exodus? According to a Harris Poll study, it’s because 74 percent of millennials and Gen Z-ers can’t stand being targeted by brands on social media.

How much longer can brands expect audiences, especially digital natives raised in the un-commercial age of Netflix, to tolerate perpetual interruption? The clock is ticking and as teens and 20-somethings grow into their prime spending years, the future will belong to brands that can figure out how to connect with these people through media other than the one that three out of every four of their prospects hate.

That leads to the (literally) billion-dollar question: where should all those advertising dollars go?

If that’s too riddling, consider Ryan Holiday’s definition in Growth Hacker Marketing: anything that gets people to talk about your product is marketing. For brands and marketers alike, a post-Facebook world means discovering new canvases to paint on, not repainting the same canvas over and over.

Compelling ideas will inevitably spread online, no matter how many people are there. But as more people walk away from social media, specifically Facebook, the market will demand advertising that’s captivating enough to survive outside the digital walls of a particular social media platform.

Consider Oscar Mayer’s bacon-scented alarm clock. After the brand realized that nearly everyone in its target audience used their phones as alarm clocks, they created and distributed 4,700 smartphone attachments which allowed people to wake up to the sound and smell of bacon.

Instead of buying thousands of dollars’ worth of ads telling people to wake up and smell the bacon, the brand redirected its budget to create an experience outside of the digital realm, one that actually allowed people to interact with the aroma of Oscar Mayer bacon. The results? A word-of-mouth frenzy that generated 521 million earned media impressions and 67,000 app downloads.

A more heart-warming example is UNICEF’s “Dirty Water” campaign where volunteers placed a vending machine in the middle of Times Square that dispensed water bottles labeled “cholera” and “malaria.” Of course, nobody bought the dirty water, but many paid the vending machine which sent proceeds to UNICEF’s clean water project in Africa.

Confronting pedestrians with the reality of fellow humans drinking disease-ridden water generated an emotional action that simply cannot be replicated on a screen. What’s more, this campaign ran nearly a decade ago when fewer people had smartphones (and Facebook profiles) than they do today, an indication that powerful messages don’t need to be tied to social media to propel them forward.

The future demands ads that are altruistic instead of demanding, functional instead of predatory. As the late ad guru Howard Gossage said: “Nobody reads ads. People read what interests them, and sometimes it’s an ad.”

Put yourself in the audience’s shoes: if you’re not excited about sharing a message, a civilian will be even less excited to see it. We’re all looking for a reason to ignore and delete anything that’s inessential, and before you know it, Facebook itself will be inessential.

Our brave new post-Facebook world will be a double-edged sword, though: the sky’s the limit as far as results, but genuinely creative communication is exponentially more difficult to produce than plugging copy into an algorithm and praying for a one percent click-through rate.

In other words, effort is everything, and the hustlers will live to witness the inevitable death of Facebook advertising, along with the creative resurrection to follow.

Ignoring the impending paradigm shift is sort of like making fun of doomsday preppers: you get a good chuckle over their stockpiles of canned food and powdered milk, but there’s that twinge in the back of your mind reminding you how unprepared you are for the apocalypse.