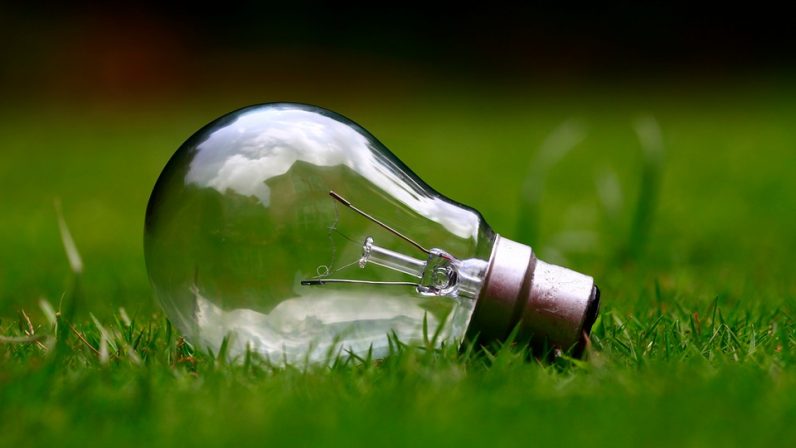 Humanity, in general, can benefit from higher levels of environmental awareness. We only have one home, after all, and if continuing to treat it poorly is not going to lead to a positive outcome for anyone. Industrial and commercial enterprises are, by and large, major contributors to climate change and other issues caused by carbon emissions.

This is why energy-saving measures are so crucial for the future of our environment. There are ways to reduce the carbon footprint of your business without sacrificing access to modern technological processes, though. In fact, there are a number of ways that technology can actually improve a business’ carbon footprint while at the same time increasing efficiency and profitability.

Modern industry relies upon electricity. Traditionally provided by coal or oil-burning power plants, electricity generation has been a major contributor to carbon emissions for, literally, generations. Burning just one ton of coal to generate electricity can generate up to 5,720 pounds of carbon dioxide for example. With 30 percent of the electricity generated in the US — more than 1200 kilowatt-hours — coming from coal in 2017 alone, it’s imperative that we reduce our reliance on this fossil fuel.

More modern ways of generating electricity that doesn’t require burning coal or other fossil fuels are on the rise, however. These methods, which include wind, hydroelectric, and solar electricity generation, may have been inefficient and costly in the past, but new technologies have increased their cost-effectiveness and continue to do so. Businesses can offset their carbon footprint significantly by relying on these new technologies, one example is the installation of solar panels on company property.

Another major contributor to any company’s carbon footprint is the extent they rely on delivering products to their customers. Even a small fleet of delivery vehicles can have a major impact on carbon emissions over an extended period of time; cars and trucks account for nearly one out of every four pounds of carbon dioxide produced in the US alone. Delivery vehicles, with their larger engines and their extended driving hours, provide the lion’s share of this contribution.

Changing out your entire fleet for low-emission vehicles is one obvious solution, though it’s one that can be so impractical to be effectively impossible. An alternative that offers much higher levels of cost-effectiveness is to enlist the aid of sophisticated route planning software that optimizes the delivery routes of your vehicle fleet, ensuring they spend the least amount of time on the road. This has the added benefit of not only reducing overall emissions but ensuring your customers get their deliveries as quickly as they can.

Among US manufacturing industries, the pulp and paper industry is the 4th largest greenhouse gas emitter. This is especially concerning, as one of the main ecological purposes of trees is to store carbon for decades at a time. While careful forestry stewardship and recycling efforts can offset some of this loss, the fact easily remains that paper production is a serious contributor to greenhouse gas emissions.

Nearly every business deals with paperwork and requires extensive record-keeping of some kind. The amount of paper consumed by a typical business can be voluminous, which is why a push for offices to become paperless or at least reduce their reliance on hard copies has grown stronger.

The advent of cloud computing has moved us closer to such a reality. Computerized management systems that allow offices to scan paper documents and then provide access to digital versions of that document across the cloud have the potential to reduce paper consumption by a substantial margin.

The 40 hour work week is a major contributor to carbon emissions. Countless employees and staff commuting to work every morning, putting in their eight hours (or more) in office environments with energy-consuming offices, and then commuting home five days a week can do some major damage to the environment.

But technological advances in connectivity mean that you no longer need to be in the office every moment of your waking life to be a productive employee. In fact, a number of companies, like Dell, Xerox, and Aetna, have all created remote working initiatives to reduce their carbon footprint. Aetna reports it reduced its greenhouse gas emissions by more than 46,000 metric tons in 2014 alone by encouraging around 43 percent of its employees to work from home instead of coming into the office.

Telepresence and other remote working technologies obviate the need to centralize company workers in office buildings that consume resources to keep cool in the summer and warm in the winter. Not having to keep dozens or even hundreds of desktop computers humming in lit offices reduce electricity usage even further. With most personal computing products like laptops and mobile devices more energy efficient than desktops, employees working from home consume less energy overall.

Additionally, encouraging workers to stay home and not drive their carbon-burning cars to and from work, or even carpool or use mass transit every day, also cuts down on carbon emissions. This provides multiple avenues for reducing a company’s carbon footprint.

The sky’s the limit — unlike our resources

When it comes to finding new ways to apply renewable technologies to business and manufacturing, the sky truly is the limit. Forward thinkers and early adopters are paving the way for those who wish to reduce their carbon footprint on a larger scale by devising new methods and approaches nearly every day.

This is important to not just the ability for your business to grow but for the human race to survive. Fossil fuels and similar finite energy resources are not going to last us forever. It’s only through the thoughtful application of innovative technologies that the business community will be able to continue to thrive while also transitioning away from carbon-producing methodologies and practices.