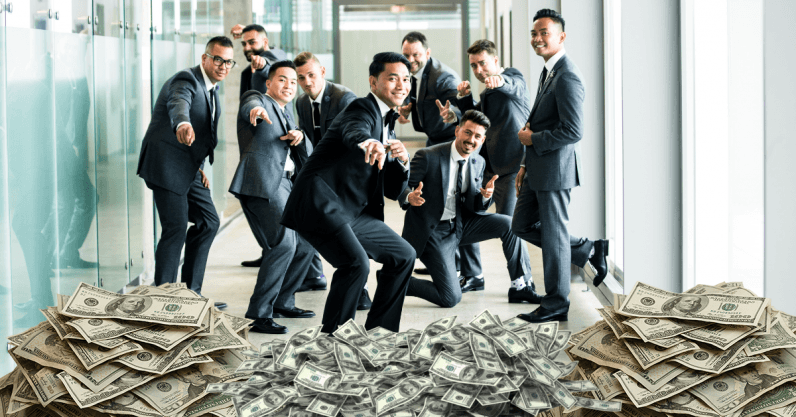 First things first. Since your digital media buying agency charges you a percentage of the ad buy spend, they have no intention of saving you money. That’s just the way it is.

If you want to know more about the bundle of lies they’re feeding you and the subtle ways you are being deceived, please read on.

The bundle of lies

As expected, my article Why Digital Advertising Agencies Suck at Acquisition and are in Dire Need of an AI Assisted Upgrade caused an uproar both online and offline.

Online, I stooped to a new low. I actually took the time to argue with a digital advertising agency owner based in India, in  the comment section.

Offline, I made some enemies, most of which are friends who own traditional digital marketing agencies, and former employers. They obviously don’t want a change in status quo, which is having tech companies breaking off large chunks of their advertising pie.

So, I figured I might as well do the job properly and explain the HUGE shift in digital marketing that no one else seems to be talking about. But before I make my point let me define what I mean by a “traditional” digital marketing agency.

Every damn digital marketing agency you will ever come across, from Bangladesh to Bolivia, will use the following buzzwords “tech savvy,” “creativity,” “innovation,” “social media guru,” “passionate,” “data-driven creatives,” “deep insight,” “story-telling,” “big ideas,” and so on.

Here’s the problem though, these people are not tech savvy. They only think that they are.

If I had a penny for every Tom, Dick, or Harry that went on some big data seminar and gave speeches on analytics, machine-learning, and AI — without any educational or professional background — I would be a millionaire. Reading few articles on Gizmodo doesn’t make anyone a “guru” of anything.

Traditional digital marketing agencies are basically same as self-proclaimed tech-savvy social media gurus you will often come across on Twitter. People who have a surface level understanding of the things they are working with and an impressive repertoire of flashy buzzwords that are designed to confuse and entice.

These marketing agencies are the digital children of their dinosaur ancestors. Marketing agencies that have existed for centuries, like Grey, J. Walter Thompson, Ogilvy & Mathers (now know only Ogilvy, they dropped Mathers), Leo Burnett, just to name a few. And of course, boutique agencies mushrooming all over the place who have mastered the art of boosting FB posts and running abysmal search campaigns on Google.

Now these guys, they are great at coming up with creatives and pay-off lines. But when it comes to data analytics or use of AI and machine learning to identify high-value potential consumers, they fall short. The peak of their tech-savviness ends at being able to use Facebook and Google’s advertising interface. But that’s pretty much it. These guys don’t understand the value of big data, nor do they know what to do with it.

Every time you run a campaign on Google Adwords, you are presented with a wealth of data. Which keywords trigger what kind of searches, which keywords and demographics have a high conversion rate, which ads are merely empty clicks and which ones are actually generating leads. They don’t have the capabilities of identifying good quality leads, because they can’t build predictive models using the large datasets presented by Google after each campaign. The best they can do is show you impressions and clicks and click-through rates.

I recently got into an argument with an account manager from one such digital agency. The dude was super proud of how many impressions and clicks he’d gotten.

When my team and I looked at our Google Analytics report, we saw that the drop-off rate from the incoming traffic generated by this campaign was a whopping 97 percent!!! That means 97 percent of those clicks just leave from the landing page. They are clearly not interested in what I’m trying to sell. And after spending thousands of dollars, I clearly haven’t reached the people who would be interested in buying my stuff.

After spending a truck load of cash on those guys (I am legally bound not to mention the amount) we got 20 conversions in four months. Now if I was selling Lamborghinis, 20 conversions wouldn’t be a bad number. But I was selling a fintech service meant for the massive Malaysian middle-class.

Thus, those numbers were horrific. And that’s because their objective wasn’t to drive conversions. Their objective was to spend as much of my money as possible. Because as per the industry standard, they charge me 20 percent of my total media spend. So, if I spend 1 million dollars, they can charge me a 200,000 campaign management fee.

Traditional digital media buying agencies that don’t have any data mining, data analytics, and machine-learning capabilities cannot possibly justify this bloated 20 percent campaign management fee. And they know that as well. So they try to feed their clients a bunch of cock-and-bull to justify their existence.

“If you use us you will spend less on digital media buys because we buy in bulk from Google and Google gives us discount.”   (NO, THEY SURE AS HELL DON’T)

“If we end up displaying our video/display ads on irrelevant channels, Google will reimburse us.” (NO THEY FUCKING WON’T)

“We didn’t set up conversion tracking because you told us to run an awareness campaign!” (OH PLEASE!)

“Your website is buggy and slow that’s why people are leaving from the landing page.” (BITCH I HAVE A 90 OVER 100 ON GOOGLE PAGESPEED IN BOTH MOBILE AND DESKTOP VERSIONS)

As shocking as it may seem, many boutique media buying agencies still struggle with a simple task like setting up conversion tracking and installing a heatmap on your website.

But thankfully, people are starting to wise up. If you take a quick look at this Gartner report, in 2018, the leading global digital marketers are not old-school advertising companies like JWT and Grey.

They are tech giants like IBM and Accenture dabbling with advertising.

These are the type of companies who have actual data scientists on their payroll, who can leverage big data to predict campaign outcomes with bone-chilling accuracy.

Ogilvy is the only advertising agency that evolved fast enough to make it to Gartner’s magic quadrant. A quadrant that is dominated by tech giants and has no room for centuries old advertising moguls who are slowly, but surely becoming obsolete.

Read next: The crypto fatigue is real