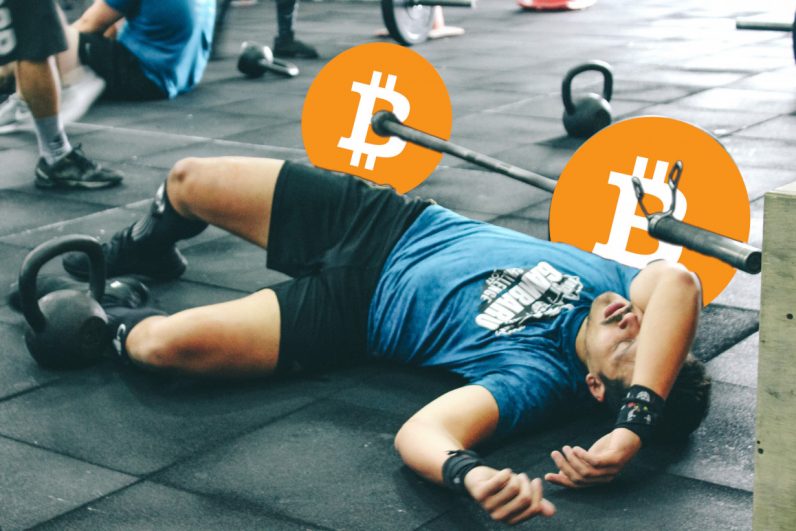 I’ll admit it, this prolonged cryptocurrency bear market that we’re in has got me feeling down. A year ago I was enormously bullish on everything blockchain and cryptocurrency, and I still am, but 2018 has given me a mild distaste for the whole space.

The market’s continuous, slow bleed throughout the year definitely has to take some blame for that, but I believe it’s mostly due to following the space closely. I can’t help noticing all the growing pains that this industry is currently going through, and it’s difficult not to take everything in.

I’m tired of bad ICOs with dead GitHub repos, fake partnerships, announcements of announcements to come (hey, Justin), and ‘utility’ tokens whose only utility is being tradable on a shady exchange (on which a sizable portion of the ICO funds was spent to get listed in the first place).

Spend more time building the product that you promised already, creating some real-world use cases for your token, and less time planning your next pump and dump scheme and eventual exit scam.

I’m sick of having shitcoins airdropped to my Ethereum wallet. It looks like a mess now with countless ERC20 tokens that I never asked for, have absolutely no idea where came from or what function they hold. Most of them will never get listed anywhere anyway and forever be valued at zero.

While airdrops used to sound like a promising token distribution concept to me, the influx of crappy projects doing one has given them the same ring as the old Nigerian prince email spam. At least you could delete an email, it’s not like it was forever stuck in a block on some chain you know.

Spamming leads me to bounty hunters, the princes’ heir and next-gen masters of unsolicited investment advice, who in their tireless hunt for tokens create multi-channel buzz, or, if you prefer, mindless and mostly incomprehensible noise, about a project.

If you’ve visited a blockchain project’s Telegram group lately, or you’re connected to a bounty hunter on LinkedIn, you’ve seen their messages. They’re all like “I think this project is the best and I believe in the team this will go to the moooon”.

Someone needs to research the actual ROI of running a bounty campaign. It’s mind boggling to me how anyone can think this is good PR. Professional spammer should not be a valid career path so can we all please agree to raise the bar a little?

I’m also close to joining the thousands of others who’ve left crypto-Twitter lately. Salt level here is growing at a disproportionate rate to cryptocurrency prices, with maximalists from different camps fighting about why their coin and protocol can be the only winner, and traders picking random fights and making fun of each other’s regularly failing predictions and technical analysis.

There should and will always be a competitional element in a space with new tech and money involved, but this bear market is taking the bickering to new heights and really causing people to get on each other’s nerves.

To progress, we need more collaboration and to be more supportive of each other. Be nicer. Try harder. We are people of similar mind and passion and we should be like family (not talking to all you scammers and fraudsters out there. I don’t want to be related to you).

Talking about family, at least we have them and our friends to support us in these difficult times, right? Well, if you convinced your friends to buy Bitcoin or Ether last December you probably don’t have many left, and if you didn’t, well, be thankful you still have friends, even if they’ve likely turned into compassionless monsters taking great pleasure in your pain by now.

Smart money? Am I it?

To further add to the miserable state of the market, there is the never-ending stream of timely, seemingly coordinated, FUD attacks. Whenever the market looks to be slightly recovering, you can always count on media to push some story about a new alleged scam, fraud, hack or cryptocurrency ban, causing more retail investors to panic sell their Bitcoin and leave the market.

This will go on until there are no weak hands left, and the smart money has accumulated enough for them to stop suppressing prices and kick off a new bull run. I’ve come to accept that as long as we’re in an unregulated space we just have to play along with whatever the whales’ current narrative is.

What really bothers me is the poor state of crypto-journalism, both from mainstream and industry media. The general coverage is really below par and fake news is kinda the norm. And sometimes, all it takes is a misquote from someone prominent in the space to trigger a sell-off.

I will keep speculation to myself as to whether this is due to agendas or just a general lack of understanding of the space, but outlets should step up their game and also take responsibility for contributing to last year’s hype and causing regular people to lose their life savings.

Surely there must be reasons for optimism, to hang in there? Of course, this is just me being a drama queen, let’s look at what lies ahead.

It’s unclear which market phase cryptocurrencies are in right now — personally I think capitulation is close — but we’re definitely in a weird phase.

Although the original concept was for us to manage our own money, we’re beginning to realize that’s not really what most people want, at least they don’t know it yet, so now there’s a trend where everyone wants government and institutional help and regulation to manage it for us so we can have mass adoption. It’s really contradictory.

Now, I’m not sure whether ETFs being approved, Bakkt launching, Nasdaq and big banks opening up for cryptocurrency trading will be good for the space long term (in terms of prices it probably won’t), but I’m certain we’ll see short and mid term price pumps as each of these perceived bullish milestones is reached.

While no one knows for certain if the bottom is near, we should focus less on vanity metrics like price, and remember why we joined this space in the first place (reminder: it’s because we think it can change the world).

This space has the most developer activity out there, by far. Look at the quality projects that are launching. Look at all the infrastructure and UX being built.

Ben Horowitz, co-founder and general partner of venture capital firm Andreessen Horowitz, in a recent interview referred to blockchain as a new computing platform. First we had the mainframes, he said, then the PCs and the mobile phones, and they all brought along some new capabilities, but now comes blockchain and it’s the first platform to enable trust as a feature.

Once this sinks in, and you remember the potential that lies in not having to trust the government or any other centralized entity any longer, that’s when the bear market is just a distant memory and you become woke. Suddenly, Bitcoin becoming the native currency of the internet, and the world reserve currency, seems obvious.

So forget short term, keep on building, learn to filter out the noise, and you’ll be fine. Oh, and counter trade CNBC.

Disclaimer: I own some Bitcoin and other cryptocurrencies. This is not financial advice.