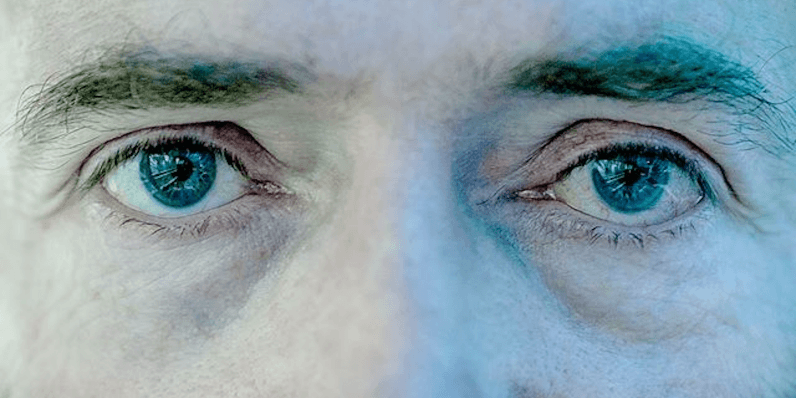 At least that’s how Aubrey de Grey would like you to contextualize his work. The notoriously bearded biomedical gerontologist is the scientific spark that lights up so many all-caps “immortality” headlines. De Grey wants to increase human longevity so significantly that death could become a thing of the past, a condition people fell prey to before they developed the medical technology to stop it. It’s been the center of his work for approximately 20 years.

De Grey started as a software guy at the genetics department of Cambridge University in 1992, maintaining a database of genetic information on fruit flies. In 1999 he published a book called “The Mitochondrial Free Radical Theory of Aging,” where he first laid out the key idea we know him for today: preventing damage to mitochondrial DNA ought to make people live much longer. The idea was so well-received that Cambridge awarded him a PhD the following year. De Grey condensed his thesis to a sound byte in a 2007 interview: “[Humans] are machines, and aging is the wearing out of a machine, the accumulation of damage to a machine, and hence potentially fixable.”

De Grey made unrelated headlines earlier this year, punching a big hole into a notoriously difficult math problem that’s been stumping mathematicians since 1950, but it’s the campaign to crush aging that steers his ship. As co-founder of anti-aging research team SENS Research Foundation, the 55-year-old scientist is commonly found traveling these days, presenting his ideas at conferences around the world. While the thrust of individual events may vary, de Grey’s message is unchanged: it’s time we got to the bottom of that thing called “death.”

Our paths crossed for an interview at one such conference, Future In The City in Moscow, Russia. After a laugh over Norm Macdonald’s heart attack joke, de Grey talked about his work, how he approaches it, and where it’s all going.

Dylan Love: When we talk about using science and technology to enhance human beings, “transhumanism” tends to come up. Why don’t you like this word?

AUBREY DE GREY: I think the word is counterproductive. If you’re doing work in these areas, pioneering these technologies, then you don’t want other people to be scared of what you’re doing. You want them to understand its potential value, and the best way to achieve that is to emphasize this technology’s continuity with things that already exist.

In my case, it’s absolutely vital to emphasize that this is just medicine. It’s no less desirable than the medicines we have today, and there’s no reason to be scared of it. “Transhumanism” is a scary word, and I think it’s better to use words that don’t scare people. We’re not creating a new type of human.

How do you feel about the word “immortality”?

ADG: “Immortality” has an established meaning: zero risk of death from any cause. People understand that that is tautologically impossible, so if you use that word to describe what I’m trying to do, then you are kind of implying that result. The word dominates the conversation when I speak to the media because they have to sell papers. Some journalists are responsible, but some use sensationalist language.

You coined the term “pro-aging trance.” Can you unpack that for someone who’s never heard it before?

ADG: I went to a stage hypnotist show as an undergraduate at Cambridge. The performer got someone on stage, put them into a deep trance, and convinced them of some preposterous truth, making them believe that their right hand was their left hand. Without going into the implications, the hypnotist asked them to touch their left elbow with their “right hand,” and there was a lot of wriggling, and of course they can’t do it.

When you ask the hypnotized person why they can’t do this straightforward thing, their explanation is perfectly grammatical but utterly absurd. “Pro-aging trance” is the term I made up when I started to talk to people about ending aging, only to find out how completely fucked up they were about it. I thought, “How can otherwise very intelligent people think this way?”

What form will your research take when it becomes practical medicine? Are we talking about injections, surgery, something else?

ADG: It won’t be all that different from genetic medicine. Maybe there will be surgery early on, but that will be supplanted by stem cell therapy and the like. Therapies will be improved to be less invasive. Mainly it’s going to be done with injections. Of course, what is injected will be really complicated stuff, but from the point of view of the patient, it’s a shot.

In The Age Of Spiritual Machines, Ray Kurzweil writes, “Death gives meaning to our lives. It gives importance and value to time. Time would become meaningless if there were too much of it.” What does that stir up for you?

ADG: It’s complete bullshit. It’s so obviously an excuse for putting aging out of your mind and making peace with it “because you’ve got to.” If humans gain no understanding of how to deal with aging, then it makes sense to presume that you’re going to get old and die — as long as you don’t get hit by a truck. So you’ll either spend your life being preoccupied with this terrible thing that’s going to happen to you, or you can try to put it out of your mind, get on with your miserably short life, and hope for the best. That was all fine until I came along.

Kurzweil doesn’t have enough biology expertise to have good sense about the specifics, but he doesn’t pretend to. In any event, he talks about the endgame very much in the way I do. He’s definitely interested in living forever. We’re on the same page in terms of overall drive.

Who hates you? Do you have religious opponents?

ADG: I make a few people angry within the biology of aging. They think I’m making their jobs harder, that I am bringing the field into disrepute by making exaggerated claims about what we will be able to achieve and how soon. But most people don’t think that anymore. They realize I’m bringing new money into the field, and that’s a good thing.

As for religious groups, no. I may not be on the extremist radar yet, and I think largely it’s due to the fact that people quickly understand that this is about health. Keeping people healthy is God’s work. It’s the alleviation of suffering. It would be a sin not to work on it.

What can people do today to be ready for the longevity treatments of the future?

ADG: They can write me a large check. It’s been a question of money for a long time. When I started 20-odd years ago, I had three problems to solve. I needed a plan for defeating aging (which somehow didn’t exist yet), I needed to convince scientists around the world to implement that plan, and I had to find the money to make it happen. That last one’s been a problem for over a decade.

The great news is that it’s the only problem. The science has not been any bad news, and there’s still no reason that the approach to fixing the damage we were thinking about back then would not work now. New technologies like CRISPR are providing shortcuts to get us there faster. The only thing I got wrong was the money.

What are you willing to share about your own health regime? Do you take any interesting vitamins?

ADG: I am genetically very lucky. I had the good fortune to be tested five times over the past 15 years for everything you can imagine. I always come out with the results of a ridiculously young, healthy person. I have to be very conservative and say, “If it ain’t broke, don’t fix it.” I’m just one of those lucky people who can eat and drink exactly what he likes and nothing happens. I’m not a role model in this department.

What are the implications of people living much longer? How do we address overpopulation?

ADG: Let’s be clear — we’re not going to have any thousand-year-old people for at least another 900 years. That’s an important point to remember, because a lot can happen in 900 years. In particular, all sorts of technology will be developed in that time, and that is the answer to most of the concern. It all comes down to things like renewable energy, artificial meat, and desalinization solving problems before they begin. They will reduce pollution and increase the carrying capacity of our planet.

What are the remaining checkboxes on your to-do list for beating aging?

ADG: Each type of damage has its own approach to being fixed. For each of these, we can identify where we want to get it working within a cell culture, then get it working in mice, then go to clinical trial. There will be milestones involving combinations of therapies, and we’re working on these things in parallel.