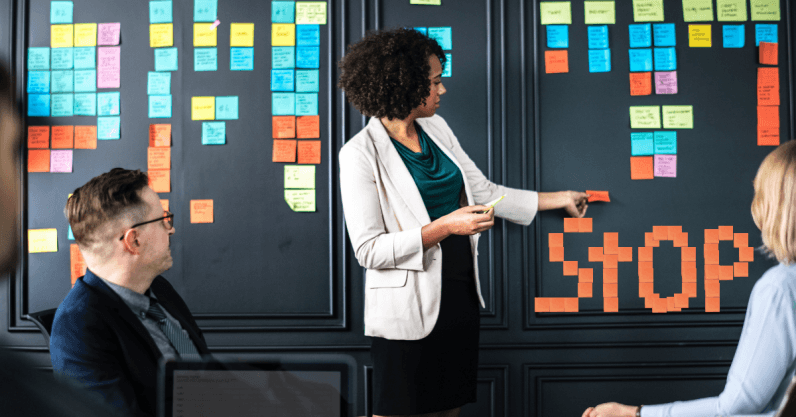 People, process, technology. It’s the reigning mantra in high tech, swiping “move fast and break things” and “data is the new oil” right off the menu of things to say when you aren’t paying attention.

Attend any conference and you will hear people talk about how new strategic initiatives are stuck because employees don’t want to learn new skills, or because they feel that new processes or technology are being implemented as a way to take their job.

But let’s think differently for a moment. What if it isn’t people, or process?

What if it’s the technology? What if the delays and implemental failures are because the technology isn’t really that good? That it’s difficult to use or only delivers benefits in “soft costs” while the vendor wants hard cash. When was the last time you heard someone praise an ERP upgrade? At best, they will tell you it wasn’t as bad as kidney failure.

Culture, leadership, and human factors do play an outsized role in success, but even in organizations tuned like a Ferrari, inept technology can slow you down. Think of it: some of your highest-paid and highest-skilled employees are doing the equivalent of digital file clerking because the magical algorithm needs help. Tesla’s Elon Musk, for instance, recently admitted that one of the likely culprits in the Model 3 delays have been too many robots on the factory line. More humans might be a better idea, he added.

Some engineers will respond by noting that the technology works and the “people” neglected to use it properly. I’ll give them that. We’re careless, harried knuckleheads. But that’s a given. Like a network TV exec, you’ve got to live with the fact that only 18% of us has an attention span longer than 22 minutes.

My brother clued me into the power of bad technology years ago. He’s an urologist, an advocate for robotic surgery and a frequent critic of online medical records. “Don’t you get it Angelo? By going online we can cut administrative costs and improve quality of care throughout a patient’s lifetime,” I’d bellow.

True, but he also counters that these applications often force doctors to shift from notes to check-box like diagnoses, eroding the quality of care. The data management systems can be fussy and force him to expend more hours in administration, driving up the cost. Worst of all, you’re no longer looking at the patient. You’re focused on a black box: bad for the doctor and the patient.

The “right idea, wrong tool” phenomenon plays out all over the place. In Guns, Germs and Steel, Jared Diamond noted that New Guinea villagers immediately adopted the sweet potato as a food source when they first encountered it, and planted it in vertical hillside rows. Missionaries and aid workers corrected them and told them to plant in horizontal rows. In the first major rainstorms, crops were washed out. Vertical planting returned.

So how will this play out in IoT? On one hand, you’re going to see some tremendous success stories where designers spent the extra cycles to figure out how to bring technology into the workplace without screwing up the day of employees. You’ll see situations where factory productivity will go up at the same time as safety. Water utilities are already discovering that smart meters and data analytics for finding leaks has become the cheapest and quickest way to beat droughts and meet growing demand for water.

On the other hand, you’ll see smart windows turning noon into night and people spending hours on the phone trying to reverse changes made by intelligent supply chain systems. Unforeseen problems will abound.

And we just can’t respond with, “It’s the people.”

Read next: Mexico is the largest ecommerce region in Latin America, reveals 2018 report