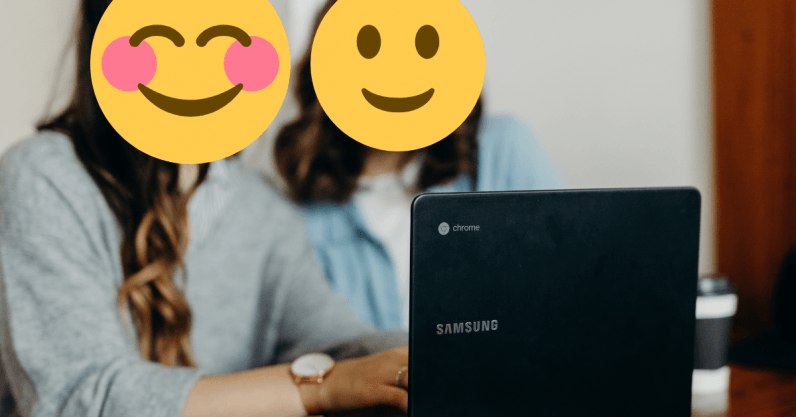 We’re always online, always connected. We sleep with our phones under our pillows, check our email countless times a day, and keep tabs on our friends, families, celebrities, and social media “influencers.”

For many users, though, the experiences designed by social media companies do not bring a sense of connection or relationship, but rather one of FOMO and a diminishing sense of self.

Outside of the proliferation of fake news, the interference of foreign actors in politics, and the collection of our personal information for unseemly uses, perhaps one of the worst results of the social-first world we’ve built is that social media usage has been shown to have a negative effect on mental health.

But, the tides are beginning to shift, as designers are coming out against the products they have created. Many companies (Imgur included, which I’m CEO of) are taking a long, hard look in the mirror at the tools we’ve built and how they’ve been employed — for better, or worse — to determine what solutions are out there.

In order to better understand society’s relationship with the internet (and to see how well we, as a company, were delivering on our mission “to lift the world’s spirits”), my team and I partnered with the research specialists at Ypulse to survey 2,100 internet users about which platforms they use, and how they feel after using them.

What we found was confirmation that social media is a breeding ground for negativity. What follows is an in-depth look at the results of the study.

I first wanted us to gauge how users felt about social media in general. The results showed that 61 percent of respondents believe that spending too much time on social media is bad for their mental health, and what’s more, 57 percent said that the negative side of social media isn’t talked about enough.

What I learned is that while many people believe that social media has a largely negative impact, the majority believe that these issues aren’t being addressed. Additionally, two-thirds of social media users said that they wish social media was a more positive place.

What this told me is that there’s clearly an appetite for social media good, and it’s on us, as the individuals and companies behind the platforms, to deliver.

The next aim was to determine if there was a correlation between the number and types of platforms that people use, and then to determine the varying impacts that they may have on the user.

And that’s not all — the research also found that instead of creating a sense of community or camaraderie, social media actually has an isolating impact on its users.

My team and I decided to dig deeper into the core functionality of what these platforms do in order to understand why they might be having this impact. What we discovered was that these three platforms share one key commonality: They are all about replicating real-life social interactions, but seem to do so in an unsatisfying way that leaves the user feeling less connected than before.

Although this data is discouraging, I believe it’s not all doom and gloom online. In fact, there are some platforms that were shown to make their users feel better. Platforms like YouTube and Netflix, which focus on entertainment and content and largely eschew social interaction or personal identity, were the ones impacting their users in a positive way.

My belief based on these findings is that platforms which focus on entertainment and anonymity, rather than one’s personal identity online, seem to put people at ease and result in more positive emotions as a result.

My hypothesis based on the research is that the more that one’s “profile” becomes central to their online activity, the more vulnerable they’re left to experiencing negative effects. In turn, the less one’s personal sense of self is tied up in their online behavior, the less stressed they are.

I believe that one (albeit surprising) solution for negativity online is anonymity. While there has been much criticism directed towards anonymous platforms (and some for good reason), not enough time has been spent exploring how socializing and sharing content anonymously can lead to a more positive and authentic user experience.

In fact, the data shows that anonymity can be positive. For one thing, anonymity often leads to more authentic and diverse content. It also enables people to share the “real them” as opposed to a curated, filtered digital version of themselves.

On many social platforms, the cherry-picked presentation of each user’s life leads to the distorted belief that everyone is happier and more successful than you are.

With this in mind, it’s no surprise that the top platforms where users said they can feel most like themselves were largely anonymous platforms like Reddit, Imgur, and Snapchat (I believe that Snapchat may fall into this category since followers and comments are private).

There is plenty of evidence supporting the idea that positivity can be good for business, too. Data showed that when users feel happier using a platform, they are much more receptive to everything — including advertising.

The survey showed that being in a good mood makes social media users 83 percent more likely to enjoy seeing an ad. And the inverse is also true – when users are in a bad mood, seeing an ad online makes their bad mood even worse.

This is one key insight that I believe advertisers could tap into which would help improve their business tactics as well as the experience of the users interacting with their ads.

The internet’s impact on our daily lives is an issue that isn’t going away anytime soon, and I believe that taking steps to understand and improve upon how it influences our wellbeing is critical. Users are actively calling for it, and it’s in society’s best interest that we make a shift. Data shows that egocentric platforms leave us vulnerable to judgement from all angles and, as a result, we can never rest easy.

But, when we as users don’t tie ourselves to our online identities and building up followers, and instead focus on anonymity and entertainment, we find ourselves happier as a result. It’s a net positive.

Background on the study: The research was conducted in February through March of 2018, and was a nationally representative sample of social media users between the ages of 13-35. Ypulse evaluated the top social and entertainment platforms and provided some fascinating insight into the issues surrounding mental health and social media.

Read next: Hooking up brains to machines could be the ‘next big thing’ for gaming