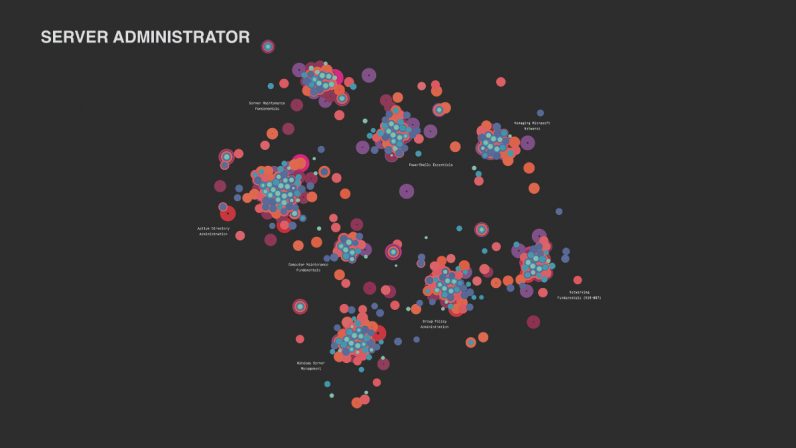 Such a large proportion of any company’s value nowadays resides in intellectual property, that it is safe to say that keeping your workforce’s skills up to date has to be the cornerstone of any successful business strategy – especially for technology companies.

Letting those skills stagnate is the equivalent to not performing maintenance on essential equipment, and has arguably larger long-term impact on a modern company’s bottom line. The question then becomes how to make the process of constantly updating skillsets as frictionless as possible?

The answer partly lies in the idea of Growth Mindset pioneered by Stanford Professor of Psychology Carol S. Dweck, which teaches us that people who realise how the brain changes as it learns don’t perceive failure as a permanent condition, but rather as an essential part of that learning process.

Companies like Oracle actively advocate that failure is an essential part of an organic product development cycle, and key to creating a learning culture within any organisation that aspires to innovate. This is part of a broader shift towards employers perceiving learning as a permanent and central part of employee’s roles.

To support learning in a way that’s coherent with overall business strategy, however, those companies need to quantify the talent and skills already in their organisation, and then align this with their plans and product roadmap by providing personalized learning paths for their employees.

Which is what Pluralsight – a platform that provides training to technology professionals at Fortune 500 companies such as Google, Microsoft and T-Mobile – says it will do with its machine-learning algorithm called Iris.

At its annual conference in Salt Lake City last month, the company unveiled a new tool called Role IQ, which will provide science-driven assessment and real-time analytics to measure a collection of skills an individual needs to be successful in their role.

An Angular web developer, for example, can use it to measure their knowledge across Angular, JavaScript, CSS, Typescript, Git, NPM, ES6, RxJS and HTML5. Based on the results of that assessment, the platform then offers a customized learning path to help fill existing skill gaps. That, as Pluralsight CEO Aaron Skonnard put it, will help “turn chaos into clarity.”

Because there are, in fact, patterns to be found in seemingly chaotic data, and that is something that Manchester-based artist Brendan Dawes has always been fascinated with. Onstage at the conference he showed how he took some of the Role IQ data and rendered it into colourful visual representations of the skills clusters that made up various technology roles.

The reason why I’m a big fan of creative data visualization and often cover the intersection of art and technology is because it forces people – hopefully in a nice way – to look at familiar things from a different angle.

It’s actually helpful to visualize your skills in such an organic way, like cells in a petri dish, constantly evolving as they move and combine with one another.

Building the future requires a mission-driven mindset, and focus on long-term goals rather than pinning too many expectations and KPIs on any individual product. What I love about this exercise is that whether you’re a layperson or technically gifted, it allows you to take a step back and look at the big picture – and see your skillset as a constantly evolving, living thing.

Read next: SpaceX has signed up its first passenger for a trip around the moon