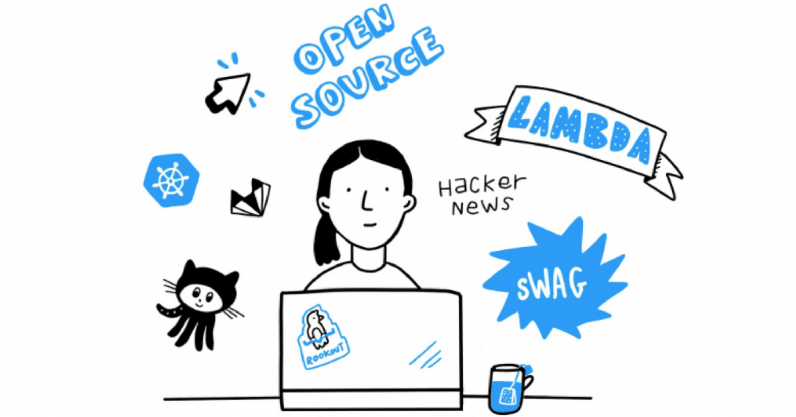 I know software engineers. Like, really know them. I’m the sister of one, the spouse of another and the proud daughter of a third. I’m also a veteran B2B marketer with almost a decade of experience marketing to IT and security folks and another five years in MarTech.

Does all this qualify me for my most recent gig, marketing to developers? Well, yes and no.

When shifting from one marketing space to another, I always apply the rule of ‘some things to remember and some things to forget.’ In this post, I’ll share some hard-earned lessons about marketing to developers.

If this type of challenging, yet satisfying role is in your future, read what follows as a self-help guide. If it describes your present position or one in your past, consider it as light entertainment.

Be long and to the point

At the risk of stating the obvious, my first lesson is to forget the fluff. This is especially important if you are shifting from MarTech, as I did. Developers don’t like to tiptoe around subjects. They prefer to hit matters straight on. They want to know just what you can do for them and understand how the whole thing was built and why it will work.

Here’s the interesting — and surprising — part: You don’t necessarily need to be short and to the point. Developers appreciate long-form posts that top 1500 words, as long as they help resolve challenging issues and save them time in the long run. Sure, their time is precious, but if you incorporate usable scripts, many will stick with the post and read all the fine print!

Developers expect to get everything for free. Definitely t-shirts and SWAG but also trials and content. As marketing people from other arenas, we’re used to driving lead gen with gated content.

For the most part, developers just won’t tolerate that shtick. That’s not to say that you can never ask them to register for an e-book. But you should think twice about whether that’s the best strategy for converting leads. Consider sharing content for free and driving developers to register on other occasions, such as for webinars or trials, for which requiring registration is a given.

And speaking of trials… In the age of open source, developers have learned to expect not only free trials but a free-forever-freemium version of your app with which they can play.

I tend to say “yes” to free trials, but it’s important to be careful. Make sure your product is completely ready for self-serve onboarding before offering free trials to potentials users. A less-than-ideal experience can backfire on you, and result in loss of potential customers and harm to your reputation.

When social media was still in diapers, my colleagues and I used to laugh about crazy CMOs who would turn to their horrified marketing managers and say,“Make me a viral video!!” Even in today’s super-social world, when sharing is almost as intuitive as breathing, it’s anything but easy to gain traction and high visibility.

When my gig, Rookout, announced its support for AWS Lambda production debugging, which no other player in the market apparently offers, the non-comical demo video clocked over 1000 views in under 24 hours!

Here’s the secret: Developers care about real stuff and have an unprecedented culture of sharing. So when they care, they share! That’s an advantage marketers working for this audience must leverage to the greatest extent that they can.

Developers constantly engage with each other, at meetups, on slack channels, in Facebook groups, and myriad other platforms. In fact, they’re more out and about than any other audience I’ve ever worked with. If you can participate in their conversations by speaking, writing, commenting and presenting, that’s an important win for you and your team.

I’m fortunate to work with developers who are happy to assist with content production, meetup presentations and more. Having background as a developer is a huge advantage, but rare for a marketer. So find people in and out of the company to help you and once you’re ready, consider recruiting for dev community manager or dev community engineer functions.

Two hours into a developers’ conference in NY, I concluded that our creative animated video isn’t attractive at shows. The good news is that our product demo video attracted lots of attention and as a bonus, it was valuable for quick semi-live demos.

This attraction to ‘less fun, more serious content’ by people passing our booth was a new experience for me and I embraced it, much as I welcomed compliments to our home-made stickers. Developers do love stickers and not just tech logos. Go the extra mile and create fun stickers  – that’s where rewards for creativity lie, rather than for videos.

When I crossed over from MarTech to DevTech, I left behind the pleasure of creating beautiful, fluffy marketing stuff. But I also left an oversaturated landscape where every term has already been used zillions of times, and every marketing trick has been beaten to death. DevTech isn’t blue sky: In fact, it’s quite crowded already.

But there’s still room to innovate and do work that’s refreshing, with a customer base that rewards your creative approach. So go forth and conquer!

Read next: Children’s books are adding to science’s gender problem