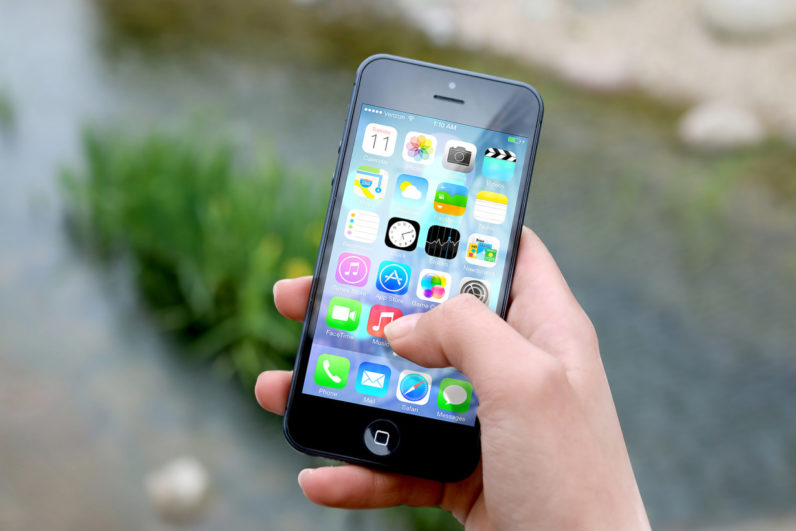 Last year, Apple announced a jump in its sequential issues of smartphones, with the iPhone X. Despite not adding anything revolutionary to the standard iPhone template (aside from extra battery life, higher resolution, and other standard upgrades), the cost jumped several hundred dollars, with even basic models costing $999 and up.

At the time, pundits seemed divided about what this meant for the future of Apple, and of smartphones in general. Would this scare away new tech enthusiasts, forcing them to flock to lower-cost alternatives? Or would this be yet another massive hit, possibly influencing a new generation of $1,000 smartphones?

We have our answer now. Samsung’s Galaxy Note 9 doesn’t add much to the Note 8, but is close to the $1,000 mark and is already seeing massive interest. And iPhone X sales are doing just fine, which means Apple will probably push for similarly-priced, similarly-spec’d models in the future.

If you can afford a $1,000 phone, and like the idea of having the latest gadget (no matter the cost), this may not seem like a big deal to you. But this move—and the moves it will influence in the coming years—is going to have massive consequences for the future of tech.

I’ve heard arguments that the $1,000 price point is completely reasonable; many people draw comparison with the initial models of iPhone, which at the time seemed ridiculously overpriced at roughly $400. But as we know from hindsight, the extra features were worth it.

I’m not convinced by this argument. Take a look at the cost and price differentials between different models of iPhone. The iPhone 4S, for example, from 2011, cost about $196 to make, and sold for roughly $649. That’s a difference of $453, or a profit margin of almost 70 percent. The iPhone 8, base model, costs $255.16 for the core parts, and costs $699 retail. That’s a difference of about $444, so in line with the 2011 model, with a profit margin of 63 percent. As parts become less expensive and processes become more streamlined, this is the pattern we would expect; slimmer profit margins, and either lower costs or more features for the same costs.

But the iPhone X is different. The base costs amount to $370, with an MSRP of $1,000. That’s a difference of $630, with a profit margin of 63 percent—more or less identical to the iPhone 8. But the difference here is that with each iPhone sold, Apple makes a bigger profit, and consumers are forced to pony up more money. Yet the differences aren’t so profound. The biggest cost differential between the iPhone 8 and the iPhone X is the screen, which is $110 per iPhone X and $52.50 per iPhone 8. This accounts for almost half the total difference, yet the screen is only slightly bigger, and offers a marginally superior resolution; at a certain point, the human eye becomes incapable of detecting improved resolution.

My point here is that while profit margins remain the same, consumers end up spending more money for a product of only marginally improved function. Ultimately, that’s going to persuade other tech companies to follow suit; rather than producing truly disruptive, low-cost tech, they’ll be driven to stand on the shoulders of their previous models, making more money per transaction.

I also see a problem with the argument that the $1,000 price point is fair because the iPhone X “feels” like a $1,000 phone. At best, this is a mere cognitive bias wreaking havoc on our ability to make rational choices. More expensive products almost always seem inherently more valuable than less expensive ones; even if we can’t find a justification for the price, we assume that there’s a higher quality of work behind the product, or at least, that we’ll get to brandish the item as a status symbol.

After buying the phone, we’re even more inclined to make this analysis, thanks to choice-supportive bias. If we’ve already spent $1,000 on a phone, we’ll evaluate that phone to be worth more—to fall in line with our expectations and rationalize our unchangeable decision.

This is a problem because it reinforces the emergence of tech as a status symbol. It plays on the emotional compulsions of consumers to have not only the latest product, but the best on the market. And because numbers are objective and easy to understand, we fall for the trap of thinking that the highest-priced product on the market is also the best. Naturally, other tech companies will move to the $1,000 price point (as they are already), and in a bid to seem inherently more valuable, some companies will add just enough features to justify a $1,100 price point, then $1,200, and so on into the future.

The lower bar for innovation

I’ll admit the continued existence of a lower tier of tech products (e.g., the iPhone 8) mitigates some of the problems I’ve outlined above. But it can’t make up for the $1,000 phone’s effects on the bar for innovation. If consumers are willing to shell out $1,000–$300 more than for the standard model—for a phone with only a handful of additional bells and whistles, it sets a precedent that we’re satisfied with iterative innovation.

We’ll pay more for a slightly-better model of anything, rather than keeping our good-enough tech products and holding out for something more truly innovative. And we’ll do it not because we feel like we have to, but simply because that’s what “normal” is, and we don’t have reason to expect anything else.

Throughout this article, I haven’t even mentioned continued problems in the world of smartphone technology, like the half-life of tech persuading people to trade out their phones every year or two, or the tendency for companies to create tech in a way that discourages repairs and encourages purchasing entirely new models, all of which are issues exacerbated by a $1,000 price point.

It’s hard to say whether this trend will continue, or whether this marks some kind of “end of the line,” but I hope for the sake of tech availability and innovation, we don’t go much further than this.

Read next: Wear OS is bringing a Google Assistant feed and smart replies to your watch