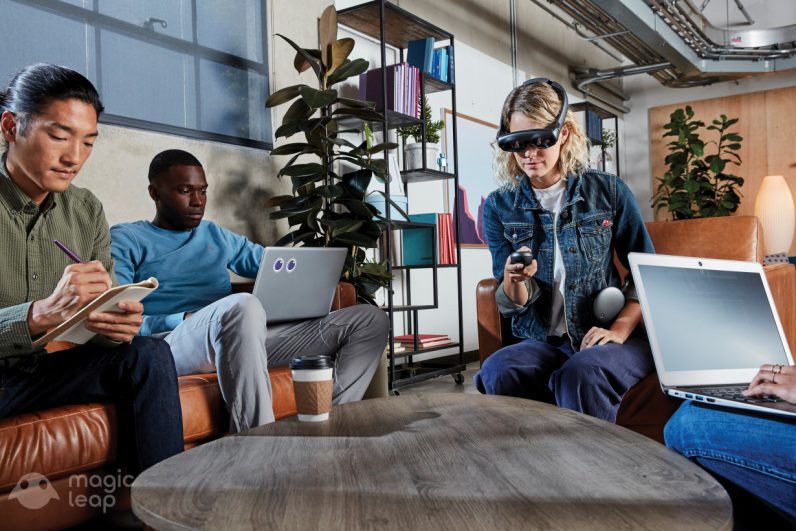 When I first heard about Magic Leap – this was eons ago in tech terms, I frankly stopped counting the years – it seemed like an exciting proposition. The concept videos were certainly cool. As they should be, having been made by New Zealand-based special effects company WETA (you know, the one from all the Lord of the Rings films). But things have since soured considerably.

There’s only so much “we know something you don’t know” you can take before it starts becoming annoying, but Magic Leap simply would not take a hint. And although Wired reports that Magic Leap’s CEO and Founder Rony Abovitz now recognizes that they were arrogant, I’m yet to see a significant change in attitude.

What we have seen is that – based on the documentation and photos released – their ultra-hyped headset has to be tethered to what looks like a Diskman (kids, you’ll laugh, but back in the olden 90s we used to play music with these things called CDs, and they each held about 12 songs…) and the FOV (Field of View) is only slightly larger than that of the HoloLens. Considering how much flack Microsoft gets for that limitation (and how the upcoming new version of the HoloLens is rumoured to have a FOV larger than Magic Leap’s), it would be unfair to cut them any slack there.

If Magic Leap really wants to turn a corner with the sceptics, it’s not just about offering journalists demos without ridiculous restrictions (although that would certainly help), but about embracing openness and collaboration. The proof of that pudding will be in how they foster their community of developers and creators, something that Microsoft has done very well with the HoloLens.

That process starts in earnest today, as Magic Leap One Creator Edition becomes available to interested developers, as long as they live in one of the pre-selected cities to which they deliver and have (at least) $2,295. Once again, a transparent list of these cities is not provided, you have to type in your postcode and see if you qualify – I typed in my Idaho one and was not at all surprised to get a “computer says no” response.

Of course, all that said, should I finally receive an invitation to “join the magicverse” (i.e. get a hands-on demo of the device and some real content as opposed to polished concept videos, selected renders or descriptions by other journalists who had so many restrictions placed on their reporting as to make their articles sound like hollow promo pieces) I’ll take it, even if those glasses are sure to make me look like a Minion.

Because if there’s one thing that reporting on immersive tech has taught me is that there really is no substitute for experiencing it first-hand. And you’ll forgive a multitude of sins if things actually manage to blow your mind. We shall see.