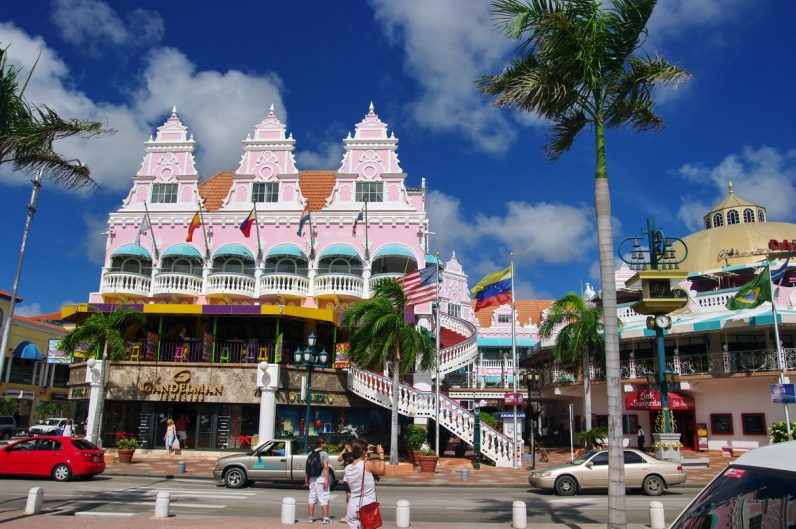 Many people dream of building a business. Many others dream of living on a sunny island. But those who dream of doing both need look no further than Aruba.

Located just 18 miles off the coast of Venezuela, the tiny Caribbean island has been making serious waves over the past few years. But unlike its neighbor which has made headlines for its economic, political, and social crises, Aruba has been in the spotlight for a different reason: innovation.

It might be tough to imagine the island providing fertile ground for anything other than palm trees, but if you dig a little deeper — just beneath the sand — the roots of a thriving startup ecosystem are starting to take hold.

So here’s why entrepreneurs should consider building their startups in Aruba:

Its government has prioritized innovation

These days, it’s hard to deny that innovation is at the top of the Aruban government’s agenda. At the end of last year, the government announced its first-ever Chief Innovation Officer, Varelie Croes, who took office at the start of this year. And now, the government is in the process of structurally incorporating “innovation” into its budget for the first time ever.

As part of this new plan, the Aruban government is taking a page out of Estonia’s playbook, by developing an entirely digital eGovernment that eases some of the bureaucratic struggles that entrepreneurs face when setting up a business on the island. And considering that government bureaucracy is the single most problematic factor for doing business on Aruba, the development will make it easier than ever for the island’s aspiring entrepreneurs to set up shop and operate.

In researching Aruba, I learned that the government also has a number of projects in the pipeline which aim to eventually bolster the startup ecosystem, including incubators and accelerators; an entrepreneurship institute, perhaps in partnership with the University of Aruba; a strategic ventures fund; and a project named Aruba Reimagined Area (AREA), which will create smart districts in the two main cities of Oranjestad and San Nicolas.

With each of these initiatives, strengthened by the Central Bank of Aruba’s commitment to bring research and development expenditure up to the global OECD average by 2030, entrepreneurs can rest assured that their innovative efforts will be backed by the full weight of the government. In fact, the government has already demonstrated its support in a major way: the country recently announced a project with Swiss startup Winding Tree, which promises to create the “first fully implemented blockchain-based marketplace for travel” by the end of this year.

Despite the impressive developments in the island’s entrepreneurial ecosystem, there’s only so much the country of 110,000 can do for entrepreneurs in terms of serving as a market for their products. At the end of the day, Aruba’s tiny population alone simply isn’t a large enough market for entrepreneurs to grow their businesses. However, the country is uniquely positioned — culturally and geographically — as a gateway to many other world markets.

As an independent nation that’s also a part of the Dutch Kingdom, Aruba’s status with the European Union and geographical position in Latin America make it a natural gateway for entrepreneurs looking to do business in both Europe and the Americas. The island has direct flights to the Netherlands, the United Kingdom and Sweden in Europe, and to Colombia, Brazil, Panama and other countries in Latin America.

As such, Aruba gives entrepreneurs the ability to think internationally from day one, with easy access to Latin America and the EU’s combined more than one billion residents. Not to mention that island residents typically speak four to five languages, including English, Spanish, and Dutch, helping to eliminate the language barrier that normally exists for entrepreneurs doing business overseas.

It has a growing network of support organizations

In addition to the government’s dedication to innovation and the island’s position as a global gateway, founders have a growing number of public and private resources at their disposal to help them in their journey of setting up a business.

Among those backed by the government are:

Other private organizations have formed on the island with the similar goal of bolstering the local startup ecosystem as well. Most notably:

In addition to the events hosted by these organizations, there are a number of informal meetups beginning to pop up throughout the main cities of Oranjestad and San Nicolas, giving local entrepreneurs more access to the knowledge and collaboration needed to grow their businesses.

But there are some challenges

Despite the presence of a local university, the University of Aruba, as well as leading Dutch organizations TNO and Gerrit Rietveld Academie, human capital remains a major issue for businesses on the island. Each year, roughly 300 students leave annually to study abroad, but only 20 percent return within three to five years after finishing their degrees because they don’t believe there are local growth or business opportunities for them.

For entrepreneurs, this means that it could be difficult to secure quality talent if looking to hire locally. On the flip side, a stronger presence of foreign entrepreneurs could actually entice young Aruban professionals to return home. In fact, just this year, the government launched a new program District 297, a community platform that connects Arubans living abroad with each other and with local opportunities on Aruba. The aim of the project is to actively recruit for the local labor market by getting these highly skilled individuals to return home.

Additionally, a second major challenge for the island’s entrepreneurs involves financing: Nearly 80 percent of businesses named access to capital as either somewhat or very difficult in a recent survey by the island’s central bank. Therefore, entrepreneurs considering a future on Aruba would likely need to look elsewhere for funding, or have enough saved to fund themselves.

However, things are starting to look up. Recently, the CaribConnect platform was introduced to Aruba which serves to connect entrepreneurs with mentors, investors, and financing institutions. Additionally, a microfinance institution called Qredits has begun to offer small businesses loans of up to 50,000 Aruban florins ($28,000). This year alone, the organization expects to issue around 100 loans with an average amount of 30,000 florins (roughly $17,000), and coach more than 200 entrepreneurs in how to set up their own businesses.

While these problems are surely noteworthy for any entrepreneur considering Aruba as a place to start a business, the benefits and opportunities remain no less enticing. Apart from the fact that government has prioritized innovation as a way to build a more sustainable economy, the island’s unique location gives entrepreneurs easy access to multiple major markets across the globe. So, as things keep looking up, there’s no doubt that Aruba will soon become — if it isn’t already — the entrepreneur’s paradise.