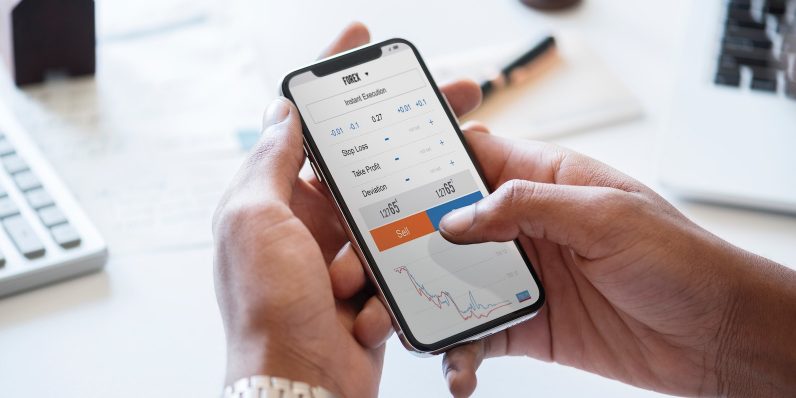 Technology moves at a mile a minute, but it doesn’t mean that you can’t jump on board and benefit from it. We asked members of the Young Entrepreneur Council which of our current technologies will likely be slated for widespread, innovative use within the near future.

While our focuses today may be on artificial intelligence, virtual reality and augmented reality, there are plenty of game-changing technology innovations at play in our tech-driven society. What’s one underestimated development — small or large — that you believe will soon rise to the top?

There has obviously been a lot of hype around blockchain when it comes to currency, but many aren’t aware of the potential impact in many other areas. The internet was designed at its core to be a decentralized system, but internet giants and many governments have warped the original intent. The blockchain has the potential to get back to the promise of the internet and usher in a new era of distributed applications with security and resiliency at their core. – James Simpson, GoldFire Studios

Being able to contextually search for things is going to be really important for advertisers and search engines. Also for publishers, it’s really important to have a good view and pulse on the right terminology in your market. – Nicole Munoz, Start Ranking Now

Breakthroughs in mapping and understanding the human genome are allowing for the customization of medicine and treatment protocols tailored to our unique genetic individuality. Instead of broad-stroke health recommendations of a ‘one-size-fits-all’ mentality, you can expect to see the future of medicine as one that is highly customized to the unique nuances and bio-individuality of the patient. – Justin Faerman, Conscious Lifestyle Magazine

While everyone is aware of 3D printing, I don’t think they appreciate how it’s going to change so many areas of our lives very soon. It will transform manufacturing and e-commerce, for example. Soon you won’t be ordering items the way you do now. For many things such as clothing, furniture, building materials and more, you’ll choose a template online and print it out. – Shawn Porat, Scorely

While bitcoins may have fizzled out, you can trust that the idea of innovative digital banking has not. Chances are, there are a handful of brilliant minds trying to figure out exactly what went wrong with cryptocurrency and what can be done to make it more appealing. – Chris Quiocho, Offland Media

We are expecting 5G to be active in 2019. It will increase the bandwidth 10 times; that will revolutionize the internet and how we use it. Once the speed is faster, we will have more applications and hardware connected to the internet. Could we dream of Netflix streaming in 2001 when the internet was slow? Speed will be the king. – Piyush Jain, SIMpalm

IoT is, of course, a well-known trend, but it’s going to break out into so many other lesser established categories, such as fashion. There are a few concepts floating around for smart fashion, but there is plenty more that will happen. Smart home and automotive IoT are some hot segments now, but IoT will greatly expand its impact in a few years. – Andy Karuza, FenSens

Tokenization is certainly one piece of technology that will rise in the financial tech ranks, and could very likely impact other industries as well. While not as flashy as AI or VR, it is a classic case of a somewhat simple solution being the best solution. Consumers and businesses are quickly developing a stronger obligation to protect their data. With tokenization, technology data will no longer have to be stored on vulnerable servers, instead allowing for the use of pseudo data, which any hacker will find useless following their next data breach. – Zohar Steinberg, token payments

You’ve probably received an automated email before and you haven’t noticed. Now, imagine an algorithm that books your meetings on a calendar for you. There are many iterations of this out in the market, but I think this will be a leading innovation in today’s workplace. – Andrew Namminga, Andesign

IBM, Google and a bunch of startups are in a race to create quantum computers, which will be the next generation of supercomputers. In a recent study, scientists have managed to create the largest and most complex quantum computing network until now. They got 20 distinct entangled qubits, or quantum bits, to communicate with each other, confirming that entangled qubits function as a network. – Derek Robinson, Top Notch Dezigns

Uber and Lyft have changed the planet with convenient, fast, cheap, ride-sharing services. However, for short rides (i.e. the train station to your office 10 blocks away) these services are not the best solutions. Multitudes of startups have popped up in the last year to solve that problem, from electric scooters to e-bikes. Scoot, Bird, Limebike and Jump Bikes are just the start. – Ben Lang, IT Kit

Brands can instantly reach millions of viewers using social media streams at a fraction of the cost of a TV spot. Unlike a TV commercial, you know that if someone is tuned into your stream, they’re actually watching. They’re not in the kitchen grabbing a snack. Those viewers want to see what your brand is up to, streaming is the ultimate community builder. – Stanley Meytin, True Film Production

Read next: Google is reportedly building hardware for its game streaming service