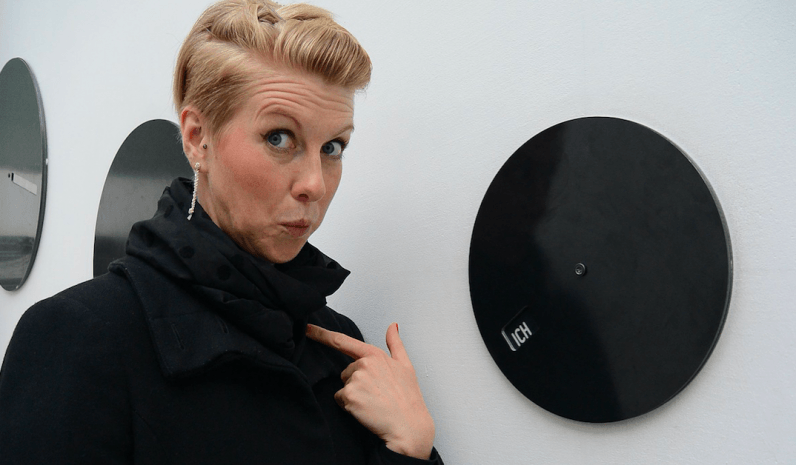 We all have “that Facebook friend.” Several of them, most likely.

The kind who religiously shares and comments on his own “On This Day” stories, tagging you in any that are related to you, of course. He also dutifully shares his “Friendiversary” and “Year in Review” videos, continuously proving the appeal of personalized content.

Brands are getting increasingly smarter at leveraging people’s love for sharing memories on Facebook. I have a few friends who are active in the international running circuit, so in the days following the Boston Marathon this past spring, lots of video clips documenting the performances of different runners came up on my feed, whether shared by runners themselves or the friends and family members supporting them.

Intrigued by the obvious impact of this campaign, I dug deeper into it. I learned that it was a co-marketing effort by the Boston Marathon in partnership with Adidas, whereby all 30,000 runners were tracked and filmed at key spots in the race. Anyone could enter a runner’s “bib number” in a dedicated microsite, which would load a personalized video available to stream, download, and, of course, share. Each runner received an email inviting them to the video’s landing page, too.

By the time I’d seen them, the runners’ posts had been shared by so many of their loved ones that I didn’t need to know the runners to come across the videos.

That’s an advanced example, but an astounding one that speaks to how effectively content personalization can combat content shock.

Our audiences are overwhelmed, scrolling through their feeds endlessly, as if on autopilot. In this crowded space the content that stands out will need to appeal to one thing people care about the most – themselves. A Demand Metric survey found that 80 percent of marketers say their personalized content is more effective than general content.

And while “Hey FirstName,” has been a staple of content personalization for years, today’s technology can take us much, much further – as shown by the Adidas example.

In fact, content personalization can be exactly what you need for driving social shares in your content strategy. Here’s why you need to try it.

People love to consume as well as share personal content, and that is because such content connects with them and taps into their emotions. This emotional connect is a huge determinant of whether they will merely scroll through the content, like it, or actually go on to share it. Making any piece of content more personal and emotional can make it more shareable.

Fractl studied the role of emotions in social sharing and found that “emotions are at the core of viral content.” Their most successful/widely shared content was more likely to have a strong emotional hook than that shared less frequently. As they reported, “Emotional impact was the greatest differentiator between our most successful campaigns and all others.”

There’s even a whole segment of meme culture created around sharing content people find relatable. “…it me.”, “Me…also me…”, etc.

People still largely use social media to talk about themselves and their lives – their jobs, their families, their friends, etc. If shareability is the goal of your content marketing efforts, then personalization is a strongly recommended means to achieve it.

A few years ago, LinkedIn segmented its “top users” (that was still 20 million people) and emailed each one of them to congratulate them on their LinkedIn usage. To gain even more visibility from the campaign, it prompted these users to share their ‘top user’ status on different social media. Since people love being made to feel special, the flattered users shared their status in numbers big enough (over 80,000 tweets) to make the whole thing trend on Twitter.

People love to express their thoughts, emotions, and beliefs, and many even seek out content that helps them create a certain public image for themselves. Once again, people’s need for expression can lead them to sharing content and making referrals.

Content can be personalized to certain segments, buyer personas, or even individual customers, and you can do that while still accounting for the wide range and variety of personality types and their corresponding emotions within your customer base.

As a marketer you want to help your audience make a statement about who they are. When people share something on Facebook or tweet it from a personal account, they’re often aiming to declare “this says X, Y, and Z about me,” “I am a _______,” “I like ______,” and more.

For example, in the LinkedIn top users campaign, users shared their status for what it said about them. If professional reputation, networking, and connections are important to someone, that top user status relates back to their personal values, and sharing that badge is a quick and easy way to declare that about themselves publicly.

Similarly, the personalized Boston Marathon finish line videos from Adidas helped runners share an important part of themselves and declare “I am a hardcore runner.”

If someone is training for months to be able to run 26 miles at a go, it’s going to be an important milestone and part of who they are. To let them share that on social is smart thinking.

Of course, some serious tech was required. Grow, the digital agency that worked with Adidas on the campaign, turned to Idomoo’s Personalized Video as a Service (PVaaS) platform, which is capable of rendering ten minutes of video in one minute. According to a recent Idomoo blog post that recounted the campaign, around 57 percent of the people who finished the marathon viewed their videos, while more than 25 percent of those individuals went on to share theirs on Facebook. Some 95 percent of the total viewers watched the videos all the way through, which is an impressive completion rate.

Finally, let’s look at one more thing that both the LinkedIn and Adidas campaigns tapped into – people’s love of bragging, or at least presenting themselves in a flattering light.

Yes, people want to talk about themselves and share parts of their personalities. But even more than that, they want to look good. It’s common to hear that “social media is a highlight reel,” where people tend to share the best of themselves.

But how often can you talk about how awesome you are without coming off as conceited? What if it makes you uncomfortable to talk about yourself like that?

The workaround: sharing third-party content that speaks for you. It’s the ultimate humblebrag.

Instead of tweeting about how great they are at building LinkedIn networks, users simply shared content created by a trusted platform that said so. Instead of a Facebook status about how hard they trained for the marathon, runners shared clips of themselves crossing the finish line.

It’s so much easier to help people brag about themselves.

Consider the BuzzFeed-style personality quizzes which help people bask in reflected glory. Which Marvel superhero are you? If I’m a Marvel fan and have a favorite, I’d love to take the quiz and share the results. I might even invite my friends to take it (if they are Marvel fans, too). That’s the effect personalized content has.

It might seem counterintuitive but the key to wide reach and shares for your content is segmenting it to a granular level. Personalized assets tap into all the components you need for your audience to hit the share button.

Read next: Cardano (ADA) is the latest cryptocurrency to arrive on eToro