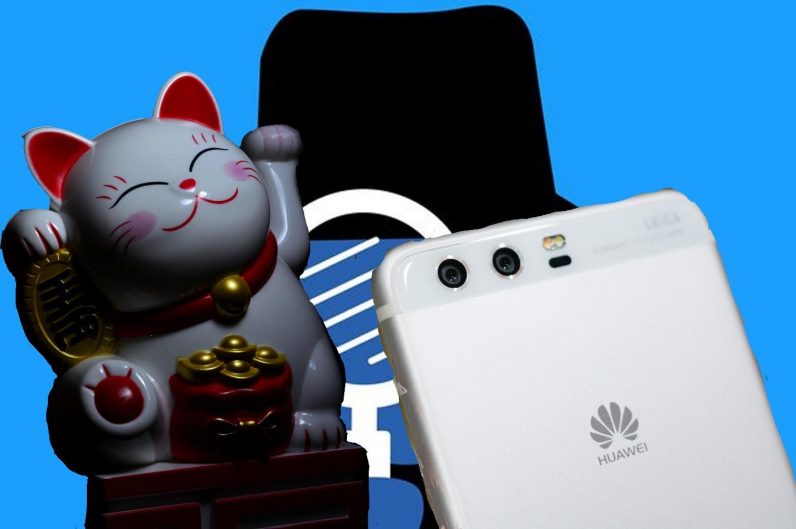 Recent developments emanating from Beijing have many Westerners concerned; a spate of China-based tech IPOs have even ignited widespread paranoia that companies like Huawei and other Chinese tech firms are spying on American citizens and leveraging their sales to steal intellectual information. I’ve seen intense paranoia wrack the market before, but it seems like today’s fears are more widespread than ever.

Is there any truth to the paranoia that Chinese tech firms are embarking on unprecedented surveillance missions? As we’ll come to see, our paranoia over the rise of another big tech market in Asia is largely misplaced, and could be alleviated with some reasoned discussion.

The accusations are flying left and right

Accusations and bitter barbs are being flung left and right by major business leaders in both the United States and China. I’ve even noticed political leaders getting involved, with the likes of President Trump declaring veritable trade wars on China for what he claims to be an unprecedented historical trade deficit.

What’s surprised me the most is that even many Western consumers are starting to fall into hysteria, given that tech leaders like Richard Yu are going so far as to intone that major Chinese tech firms like Huawei are having a tough time finding US-based business partners. While Huawei will finally start selling its smartphones in the US later this year, it’s safe to say that the economic damage has already been done.

But is there any truth to the widespread rumors that are floating around the market? After all, disinformation is rife, especially in a tech sector where companies from across the world are constantly spying on one another in order to gain a competitive advantage. I’ve heard countless hypocrites intone that Chinese firms are unfairly collecting information on the competition, for instance, but no one ever seems to talk about Western firms doing the same thing, or the companies that buy YouTube views to promote their business.

I recall reading about Uber’s history of hacking and spying on its competitors, though none of the critics of China I’ve encountered ever seem to want to address such flagrant rule-breaking on the US side of the Pacific.

It’s safe to say that stealing intellectual property is staggeringly common across international markets, and it’s not too much of a stretch to say that the paranoia over Chinese firms is more ideologically driven than anything else. In my opinion, today’s partisan politics are starting to seriously cloud consumers’ minds, and we’ve done far too little to fight back against the surge of disinformation that seems to be targeting successful companies.

The paranoia over the alleged widespread theft of American intellectual property by Chinese firms is having some concrete economic consequences, too. China has already announced in the past that certain US tech firms will be blacklisted entirely from the country, and that it would be heightening sanctions on other firms that unfairly accuse its own companies of theft. My biggest concern is that the future of economic relations between China and the US could be defined by more frequent disputes that result in sanctions hurting everybody if our current paranoia is tempered soon by more rational thought.

Until chiefs of intelligence, like FBI Director Chris Wray, begin providing the broader public with more concrete evidence that companies like Huawei are actively hacking into American-owned smartphones to collect data on private citizens, we should be paying relatively little heed to their accusations. I’m a firm believer in the principle of innocence until guilt is proven, after all, and we’re essentially sabotaging an immensely lucrative economic relationship on the basis of rumors.

Despite the accusations leveled against it, I’m confident that Huawei will continue to grow, slowly gobbling up a greater share of the American tech market. If Western investors don’t want to be locked out of lucrative markets, it would serve them well to avoid alienating a company with such massive potential; after all, greater competition in the American tech market could result in lower prices for consumers, not to mention a slew of innovations that bring us new gadgets to work and play with.

What infuriates me the most is the fact that many of the attacks leveled against Huawei seem to originate from envious competitors. To put it simply, the tech market is envious of success, and American firms will see more pros than cons when it comes to slinging mud at their Chinese counterparts. Whether or not the allegations are true doesn’t matter; these firms know the damage has been done when they level accusations of hacking and espionage at foreign competitors.

The way I see it, China has everything to lose by spying on American citizens, and virtually nothing to gain. Think about it; if a scandalous data breach were to show that tech companies were indeed collecting info on the consumers who purchased their smartphones, Chinese stocks would assuredly plummet overnight, and the intense sanctions the companies would face could cripple many of them.

Huawei and other Chinese tech leaders may be playing hardball with American competitors, but they’re wise enough to know that the minute they break the rules is the minute they’re permanently locked out of their favorite market in the West.

A matter of trust

We should realize that Huawei and other leading Chinese firms are correct when they say that their customers trust them; if that weren’t true, no one would be buying their products or services in the first place. I think it’s imperative that we grant these companies the benefit of the doubt until more concrete evidence can be produced; after all, if we’re to allow our markets to be driven by hearsay and scandalous allegations, no company would be unscathed in the chaos that would follow.

I think about the kinds of data scandals that are currently besetting Western giants like Facebook, and I can only imagine how much worse they would be if Chinese investors and authorities made scandalous claims as readily as some of their Western counterparts.

Our paranoia over the rise of Chinese tech is in many ways misplaced, and those who don’t realize the potential of doing businesses with these firms will doubtlessly be left behind by the broader market. For the benefit of everyone’s wallet, consumers and investors on both sides of the pacific should dismiss unfounded allegations until they see the truth with their own eyes.

Read next: From Java to Python and beyond, this 14-course programming training is less than $4 per course