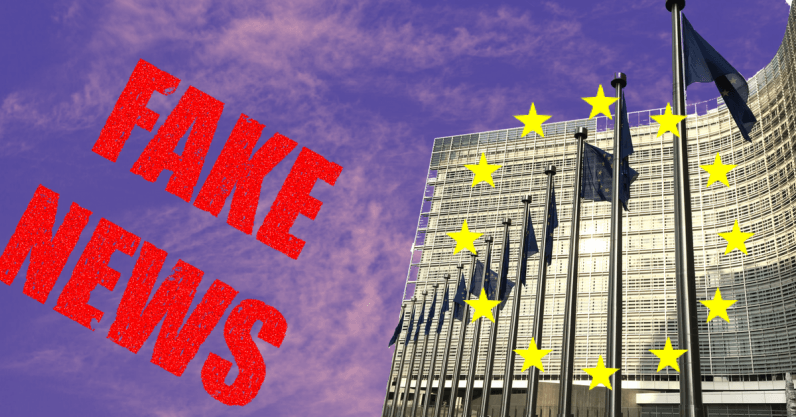 It hasn’t even been a month since Brussels was hyped about Facebook CEO Mark Zuckerberg being (supposedly) grilled by the European Parliament. COO Sheryl Sandberg is next on the agenda, rumored to be questioned by MEPs in June. Simultaneously, for five months now the European Commission has been hard at work within their High Level Expert Group on Fake News (HLEG), tasked with “advising on all issues arising in the context of fake information spread across traditional and social media.” It looks like the abuse of social media platforms for political manipulation is as hot on the EU’s agenda as it gets.

Unfortunately, not all is as it seems. The Cambridge Analytica scandal has proven that the Brussels dogma of self-regulation as the way to go isn’t up for the challenge. Even though sometimes companies may indeed know best, Facebook failed to safeguard our democratic processes from serious violations. But for some reason, the Commission still holds its faith in self-regulation as strongly as ever.

Dealing with disinformation has not been painless for the HLEG, aiming to accommodate opposing viewpoints on this complex issue. Needing to synchronize short-term actions with long-term solutions, expectations were high regarding EU’s capability to build a stable framework, one that could then inspire European capitals.

The HLEG’s report was successful in defining the issue — at last referring to “disinformation” instead of the highly-abused and imprecise “fake news” — and identifying many of the challenges lying ahead. Some experts panned it as too soft, but others saw it as a call to action, providing the institutions with an opportunity to finish with decades of inefficient self-regulation.

Indeed, Commissioner Mariya Gabriel’s opening words to the report laid out a truly comprehensive approach to the problem: “the HLEG put forward ways to ensure better media and information literacy in Europe, a diverse and sustainable news media ecosystem, fostered transparency, algorithm accountability and trust-enhancing practices. Last but not least, it seeks to further empower users and journalists.”

Doubling down on self-regulation

The next step was simple: provide all stakeholders involved in fighting disinformation with a framework to collaborate and have them develop a Code of Conduct. But no communications were issued on the new “multistakeholder group’s” first meeting or members. Instead, a closed-door meeting was scheduled for May 29.

Internal documents describe the group’s composition as including “online platforms and their trade association, the advertising industry and major advertisers associations, as well as representatives of the media, civil society, fact checkers and academia.” But the actual list of participants paints a slightly different picture.

The group not only over-represents platforms, advertisers, communications agencies, and the media — it also excludes those actually fighting disinformation on the frontlines. Bluntly speaking, the Commission decided — once again — to bow to the industry, letting them draft a self-regulation agenda behind closed doors.

It’s hard to see how this approach can impede the rampaging abuse of social media, let alone safeguard our democracy from malign influence. Focusing on the relationship between advertisers and press is certainly not a priority: did European broadcasters have anything to do with the spread of “Macron Leaks”? Were disinformation campaigns in the Italian elections caused by marketers? The answer is no.

Defending our democracies from disinformation campaigns should be top priority for every EU institution. But publicly ignoring civil society and repeating the self-regulation mantra suggests the opposite.

Last week ALDE leader Guy Verhofstadt seemed on-point when he asked Mark Zuckerberg: “Can you actually solve your problems? Self-regulation clearly doesn’t work. I’m a liberal, but even I think EU should regulate you.”

If going against the EU’s self-regulation religion is indeed Mr Verhofstadt’s belief — not a one-time catchy quote for the cameras — will he speak up on this new “multistakeholder group”? Or was it nothing more than a PR stunt to regain some credibility before European elections? For now, after TV cameras left the room, everyone went back to their usual business.

As much as it may make Eurocrats cringe, words carry meaning, and this time they must be translated into action. If not, our societies will fall victim to the biggest yet European failure. This time it won’t just look bad — it may erode the foundations of our democracy, with our sleepwalking leaders complicit.

We have just one year left until the next European elections. If there was ever a pivotal moment, a chance to save European democracy, this is it. Because crocodile tears sure won’t do it.

Read next: Week two of GDPR: We’re still not ready