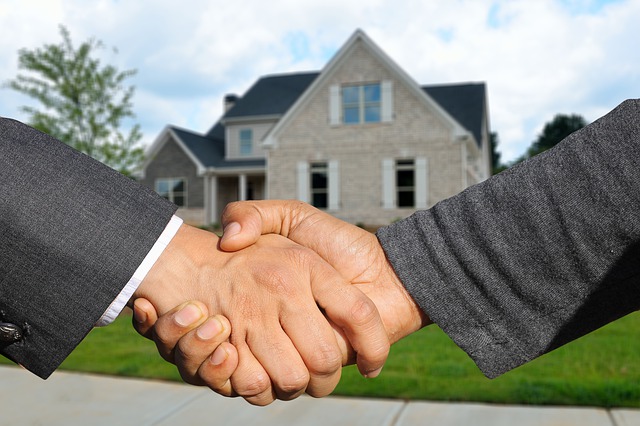 While technology has been an intrinsic component of real estate since the inception of digitalization, the terms are less often mentioned together when discussing their potential.

Despite this, tech-related concepts appeared three times in the results of a survey performed by PricewaterhouseCoopers (PwC) and the Urban Land Institute (ULL). These data were published in a 2018 analytical report entitled “Emerging Trends in Real Estate: USA and Canada.”

The 100+ page document gives technology a section of its own, and makes it apparent that tech is one of the most underappreciated and underutilized tools in the real estate arsenal.

Those surveyed for the report listed cybersecurity, automation and the sharing economy among the most important issues affecting the real estate industry in that year. They didn’t inhabit the top spaces on the list (in fact, they were ranked of “moderate importance”); however, their presence is telling.

One of the primary reasons those terms are significant is because they highlight the big-picture benefits technology can deliver. Let’s look at a few of those.

In real estate, we can see the results of automation in areas such as:

The portmanteau “cybersecurity” is self-explanatory. It’s a practice in software and hardware development that emerged as a response to the proven and prospective threats posed by malicious actors attempting to gain unauthorized access to data and controls.

Exponential increases in information-transfer speeds has, over time, reduced the communicational distance between geographically disparate groups and individuals.

A less positive result of this is that hackers and attackers are constantly on a parallel line of development, and there is a near-constant back and forth between software developers and those seeking to exploit flaws in the code.

The sharing economy could be interpreted as the digital implementation of the concept of “loose arrangements,” which has its origins long before the existence of computer technology.

Investopedia explains: “Communities of people have shared the use of assets for thousands of years, but the advent of the Internet—and its use of big data—has made it easier for asset owners and those seeking to use those assets to find each other.”

Most solutions under this label utilize peer-to-peer (P2P) networking. This provides an environment for self-employed workers to network with likeminded individuals, on both the supply and demand sides of the chain. It delivers professional empowerment, along with personal flexibility and control. Sharing economies most often revolve around service-based industries.

Uber and PeoplePerHour are prominent examples of the sharing economy in their respective sectors. In real estate, however, the best-known organization is probably Airbnb, which has revolutionized the property-renting market as well as investment.

The combination of supply chains and manufacturing has seen so much success that it has given rise to the terms “Industry 4.0” and “smart manufacturing.”

However, technical innovations within real estate may appear to be incremental so far. Nevertheless, there are several converging situational factors that could cause this to change in the near future.

According to Beycome, “The dollar is back on the rise, the GDP is rising and unemployment rates are crashing. All that spells success for Americans and their pocket.” However, they temper their optimism, saying that “it also means that banks are going to get a bit more greedy.”

The greed of banks is not a new or unexpected phenomenon; however, their honesty is refreshing! If we’re lucky (as PwC and ULL predict), then real estate is in for a soft landing.

Distributed ledger technology (also known as decentralized blockchains) has made great strides since its inception.

You may have seen the many stories pertaining to FUD, as well as trading, exchanges and digital money. The greatest success of distributed ledgers has not been their market caps or asset values, but rather the value they have delivered as a core tool for various industries.

According to Inc.com, “if [decentralized databases and distributed ledgers] were to become mainstream it could dramatically reduce the potential for fraud and enable us to access much more data on individual properties and home owners.

Blockchain has proven its ability to deliver groundbreaking automation using smart contracts to enforce business agreements, as well as to govern the execution of processes performed by AI and machine-learning algorithms.

It also ticks the box for cybersecurity: one of the most hailed aspects of the decentralized/distributed ledger technology is that it ensures the safety of all data transactions (not just financial).

Real estate is only just starting to see its potential for tech-driven innovation and disruption in the US. Airbnb and other emerging innovators are likely to be the torchbearers when it comes to legitimizing technology’s role.

Other pundits list a greater selection of technologies that could impact real estate; however, blockchain may make the biggest impact on the market in the next year or two. This is primarily because it can power and enhance all the other types of solutions listed.

The US is a fantastic place to invest, and thankfully this is not likely to end soon. As long as you keep up to date with local state and national legislation, as well as tax and currency developments, your investments will be safe.

If you want to stay ahead of the curve, be sure to stay tuned for the latest on blockchain and other real estate tech trends before they get bigger!

Read next: Cord-cutters for the win: Netflix just passed Comcast in market value