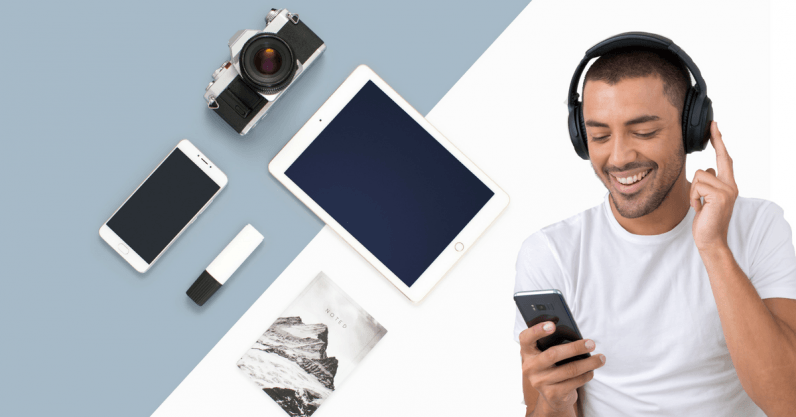 Because of this increased effectiveness, brands especially like to work with influencers when launching new and unknown products. They can significantly elevate your brand by building hype about the product and building trust among your target audience.

My intention behind writing this article is to talk about how you can leverage influencers specifically for your product launch. Let’s take a look:

1. Have them create a story about your product

When introducing a new product, it’s critical that you make a strong first impression. There’s already a lot of promotional content out there that consumers are turning a blind eye to. Which is why you should work with influencers to create something unique that your audience simply cannot ignore.

As part of the launch, you could have them showcase their genuine experiences with your new product. Give them creative freedom, and let them tell their story about their experience with your brand and product. This kind of storytelling comes from a genuine and heartfelt place, which will leave a lasting impression on your target audience.

To advertise their new Walking Dead game, Next Games partnered with an all-star cast of Lele Pons, Anwar Jibawi, Rudy Mancuso, Inanna Sarkis, and Hannah Stocking. Collectively, they have a fan following of over 18 million.

They created a comedic skit in which the zombies from the game came to life and they had stop them. Their creative freedom culminated in a video that wowed both fans and non-fans of the show. With more than 12 million hits, it’s safe to say their awareness campaign was a hit.

A great way to attract new customers is to give away free stuff. You can organize social media contests and giveaways through influencers to get the buzz going. Additionally, these are a great way for you to engage your audience and get them interested in your upcoming product launch.

The contest could take be something as simple as coming up a logo or tagline for the new product. Winners could be rewarded in kind or in the form of recognition. Influencers can create a sense of urgency by saying how the first few entries get special prizes.

Look no further than the previously cited example of Lele Pons and her skit for the launch of the new Walking Dead game. To give users that extra nudge to download the game, she included a rather tempting giveaway. By using the link she’s provided, users could get access to a special, possibly paid character for free.

You can create buzz about new products long before their launch dates by giving your influencers early access. Influencers have the ability to add to your credibility and trustworthiness, especially when launching something new.

In exchange for the early access, you can ask them to create an unboxing video, review the product, and give you feedback. 60 percent of people trust the recommendations and reviews coming from the favorite creators. Have them share these reviews on their social media profiles to get their followers excited about your product.

It doesn’t get any better than Unbox Therapy. Popular YouTuber Lewis Hilsenteger is often asked to unbox and review upcoming products from many different brands. Here’s him getting an early sneak peek at Huawei’s Mate 10 pro, and their limited edition Porsche Design.

4. Ask for promotions on social media

Using the right influencers to promote your upcoming product can make all the difference for your launch. Have someone with a significant sway over your target audience say a few positive things about your product.

Even a simple tweet talking about how excited they are, and how they are looking forward to the product launch can have a major impact. The success of such an effort though depends a lot on the influencers you choose to work with. Things could go either way.

Hopefully your effort is a major hit, like Mango’s campaign to get people excited about their upcoming collection. They had celebrity influencers like Kendall Jenner post get people talking by posting a countdown to the collection. Here’s the tweet by Kendall:

But if you don’t do your research, and try to connect with the wrong influencers, things can go horribly wrong. Like they did for Electronic Arts back in 2015. They tried to get Benjamin Burnley of Breaking Benjamin to promote their new Star Wars Battlefront game. But Benjamin wasn’t having it. He lambasted the brand and the game on social media.

To avoid something similar happening to you, use proper tools to connect with the right influencers. You could try platforms which help you to zero in on influencers based on their niche.

5. Involve them in the creation process

When you’re launching a product, you need to introduce it so that it turns heads and appeals to your target audience. A good way to do that is to challenge influencers to produce sensational content focused on your new offering.

This could be anything from a blog or social media post to a complimentary item. Maybe have them design the bag or packaging in which the product will be sold. You could even invite them to your production facilities to get a behind the scenes look.

That’s exactly what Chanel did a while back before launching their new Chanel No. 5 perfume. They invited a number of influencers to visit their factory in Grasse, and gave them a complete tour. They posted several photos from their visit using the unique hashtags #newchanel5 and #chanelgrasse.

The influencers, in turn, encouraged their followers to generate their own content using the branded hashtags. Take a look at this post by Jessica Mercedes, one of the lucky influencers invited on the tour.

The opportunities are endless. There are numerous ways you can collaborate with influencers to promote your new product. Not only will they add a unique voice to your campaign, but also a great deal of credibility. Ensure that your product launch is a hit by working with the right influencers.

And you don’t need to limit yourself to just these examples. In fact, if you have other ideas on how to use influencers for a product launch, I’d be delighted to hear them in the comment section below!

Read next: 6 things I learned marketing for startups (and early stage companies)